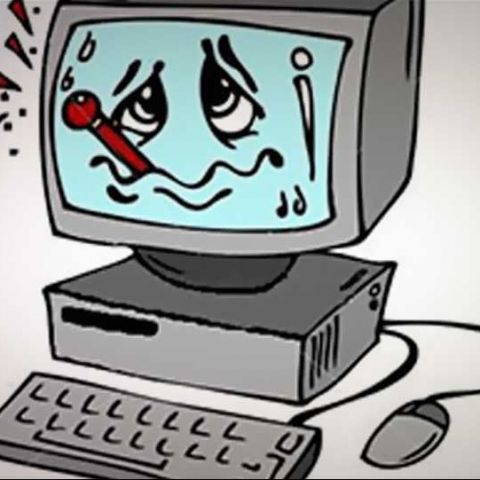 Computers have their own shelf life, but virus and malware issues cut that time exponentially. Even if you follow preventive measures to the letter, computer viruses are so named because they have the knack of evolving faster than people can find a way to counteract them. They are a seemingly never-dying breed, but then it’s an occupational hazard that comes with owning technology.

First: Take measures to prevent infection
Preventing infection is easiest with a brand new machine. It’s even easier if you decide to keep your computer completely isolated. Don’t connect it to the internet. Don’t plug it to an external hard drive or pen drive. Don’t install anything on it from any external source. If that is the case, stop reading this article right here. You’re doing everything right with respect to owning a completely uninfectable computer. If, however, your PC is more than just an expensive paperweight, read on.

The first thing you do when you get a new computer is get a good antivirus. Now you can choose to go for a paid solution but free ones such as Avast are good as well.

Install the antivirus on the PC, and then update it online. Your first line of defence is set, more or less. This should take care of most of the problems you may have faced early in the game.

Avoid downloading anything that you know nothing about. There’s a lot of freeware out there that is riddled with viruses piggybacking on them. When installing a new program, make sure you don’t install any add-on software unintentionally. Usually these add-on extra software are listed as options in the install process, with boxes prematurely checked and ready.

Go through individual steps of the install procedures, instead of just clicking ‘yes’ and ‘next’ throughout to hasten the process.

Try verifying the safety of a website before you visit it. Yes, the antivirus is supposed to block malicious online content, and it certainly does, but you need to remember that everything, including your awesome, antivirus isn’t infallible.

The most important advice of all: watch what you download. A lot of the Trojans and other malware that make their way to your PC are a result of zero vigilance. Keep your eyes open when downloading off ANYWHERE from the internet. You never know what’s infected.

Then establish cause and effect
How do you know if you’ve been infected? First off, verify that it is indeed an infection that is plaguing your PC. There have been several scenarios where people say ‘My computer is infected, but on further examination, the ‘infection’ turns out to be faulty hardware or badly installed firmware. Cross out the less dramatic options before you jump to the conclusion that your PC is, indeed, infected.

Read and decipher the signs
There are some distinct signs that would indicate malware or viruses. A slow computer would be one sign. This is because your system processes are being used by other malicious software. On occasion, your computer would restart for no rhyme or reason. Another sign would be the fact that certain windows features that help you manually remove the malware would cease to work like your Registry Editor (regedit), Task Manager (taskmgr.exe), Command Prompt (cmd.exe), System configuration utility (msconfig), Group Policy Editor (gpedit.msc).

If this happens, move on to disinfection. Other telltale signs include your web browser starts acting up by giving you search results which have nothing at all to do with what you were actually searching for. Installed programs start crashing randomly or start behaving in an odd manner. Sometimes, Microsoft Update starts giving you error messages, and the official websites would be inaccessible.

The clincher of a sign that your PC is infected is your antivirus starts acting up and nothing you do it would make it work. Websites which offer antiviruses won’t let you download any programs either.

Disclaimer: Please note that BSOD is very rarely a sign of virus attacks. It’s mostly a result of your hardware being in a state of disrepair.

First disinfect via safe mode
The most common method usually involves rebooting your PC in safe mode. This is mainly because this helps during troubleshooting various software and your operating system as a whole. Keep in mind that in some cases the user is denied the option to boot in Safe Mode or Safe mode with Networking. This would mean your infection has spread too far, and you need to try one of the other (possibly radical) measure mentioned in the tips that follow.

Booting the computer in ‘safe mode’ or ‘safe mode with networking’ ensures that the PC loads only the basic and absolutely necessary system drivers and services. These steps are a lot more effective because there is a much better chance that the virus will not be loaded at start-up. The ‘safe mode with networking’ option lets you download the required security software to run a full scan for viruses and clean the system.

Keep in mind that when disinfecting with this method, it is imperative that your account has Administrator rights.

Getting into Safe Mode: To enter Safe Mode, boot your computer and press F8 before Windows starts loading to enter the Windows boot menu. Use this menu to access Safe Mode. When you reach that menu, select Safe Mode with Networking from the list of boot options. Booting with Networking is recommended — it’s better if you have internet access to solve your virus problem. Once your PC has booted in Safe Mode, open Internet Explorer. Yes, we know we’re all fans of Chrome and/or Firefox, and most of us may have even removed IE from our system, but it’s an unfortunate fact that using any other browser while running Windows in safe mode often causes more problems than it tries to solve. So grow up, get online and download a reliable antivirus software to try and clean your PC. We would suggest Avast! or AVG if you don’t intend to spend any money in this process. Either buy the install disc and install it in safe mode, or buy online from a clean PC, then download the setup and install it on the infected one. Whichever scanner you use though remember not to rush the scan. Go for the most thorough scan. The scan will (it should) take a few hours. So take off for the day. Take a road trip with your closest friends and remember to complain about how bad your PC’s infection was, and remember who to thank for helping you fix it. 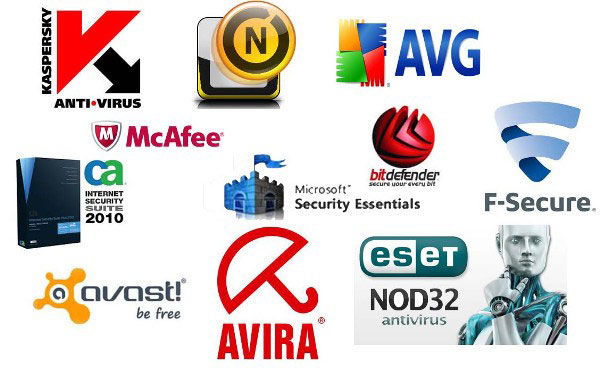 Invest in a premium antivirus!

Clean-up using Ubuntu
If the safe mode method didn’t work, and your problem is much bigger, i.e. your computer isn’t booting and you don’t have access to the OS. Well - be afraid. Be very afraid.

No, not really. Relax. It’s probably a boot sector virus.

What is a boot sector virus? We’re glad you asked.

A boot sector virus is a virus that places its own codes and commands into a hard drive’s boot sector (also known as its Master Boot Record). When this kind of virus infects a system, the Master Boot Record usually gets corrupted. This means that the computer’s boot sequence has changed. Boot sector viruses can be dangerous and very creative. They are loaded onto a computer every time one starts up, and in time, they can spread to the rest of your disks. An infection by a boot sector virus generally leads to Booting and start up problems, instability in your computer’s performance, data retrieval issues and the inability to detect your hard drives on your PC.

This problem, however tedious, is quite curable. Of course, there is the option of running a high-level format on the hard drive, and yes, that would fix your problem, but it would also wipe out any data that is on the drive. If you need to keep the data, the answer is quite simple: Ubuntu.

A Windows boot sector hard drive has no impact on the Linux kernel. Plugging in your hard drive into a PC which runs on Ubuntu and running one of its virus scans on it would do the trick. In case you don’t have a Ubuntu PC handy, read Digit’s last issue – the Workshop section has a handy method of installing Ubuntu on a pen drive. 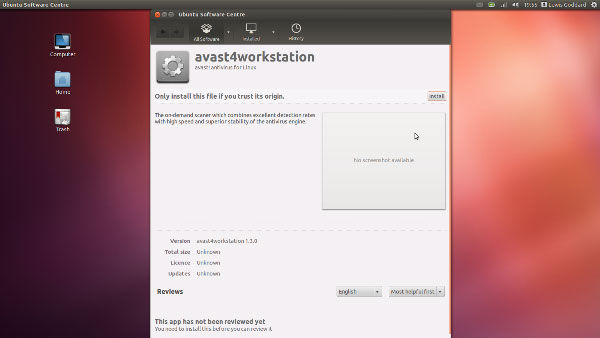 Once you boot in Ubuntu, scan the hard drive with any number of the Linux-compatible antiviruses available. Avast! and AVG both have Linux versions as well, and Bitdefender, ClamAV and F-Prot are good options too.

The Ubuntu method works for most Windows antivirus issues. If you want to be extremely sure that your PC is clean, we suggest you go through both techniques for a full cleanse.

Better safe than sorry
Though we’ve mentioned this several times above, remember, it’s a lot better to get a full-fledged and trustworthy antivirus software to take care of your cleanup needs. Even after you disinfect your system, keep a keen eye open for virus issues, and keep running AV scans on your system regularly to make sure you’re virus-free. You can never be too safe, and you will always be way too sorry.