Smartwatch sales may not be setting the world on fire, but companies seem optimistic still. Uniquely named wearable brand, Noise seems to think the problem isn't with the device itself, but the price. Their latest smartwatch, the Loop, is currently available at Rs. 4,999, which is what fitness bands usually cost. While the device is amongst the cheapest in its category, with a low price often come compromises? Is the Noise Loop a smartwatch worth buying? Let’s find out.

The Noise Loop features a large metal casing with silicon straps and a traditional buckle system. At about 4.6cm wide and 1.4cm thick, the watch is quite bulky and the whole device weighs about 150gm. As someone who is used to wearing light devices, I never quite got used to it.  Also, one of the edges of the straps, that connects it to the casing, was not fitting properly, which raises questions about the device’s build quality. The edges of the metal buckle dug into my wrist, making the device uncomfortable to wear. Comfort is an important factor with a wearable, where the Noise Loop doesn’t particularly impress. The right side of the case sports two buttons. The one on top is the back button, while the one on the bottom takes you back to the watch face. There’s a watch crown in the middle of the two buttons, but it seems to be ornamental only, with no purpose to it. At the bottom is the speaker, and the microphone. There is also and an optical heart rate tracker, which was a pleasant surprise considering the price. 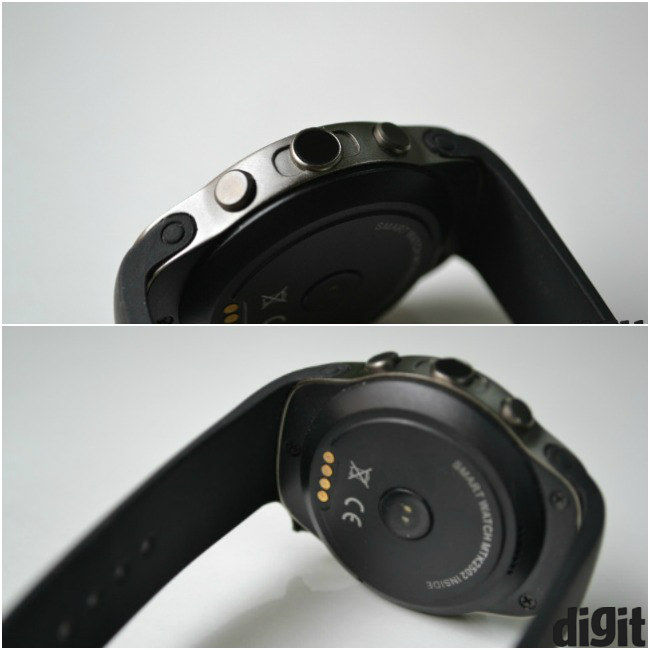 The smartwatch sports a round 1.3-inch display with a resolution of 240 x 240 pixels. You get six watch faces to choose from, but no more than that. Swiping from the right let's you access the main menu, while swiping from the top gives you access to the battery level indicator, Bluetooth, mute, and battery saver toggle.

One of the best things about the Noise Loop is that it is quite feature rich, especially considering  the price. The watch can make and receive calls, show notifications, access contacts, track heart rate, monitor sleep and more. There is also an app called Siri on the watch that can be used to activate either Siri or Google Now on your smartphone. 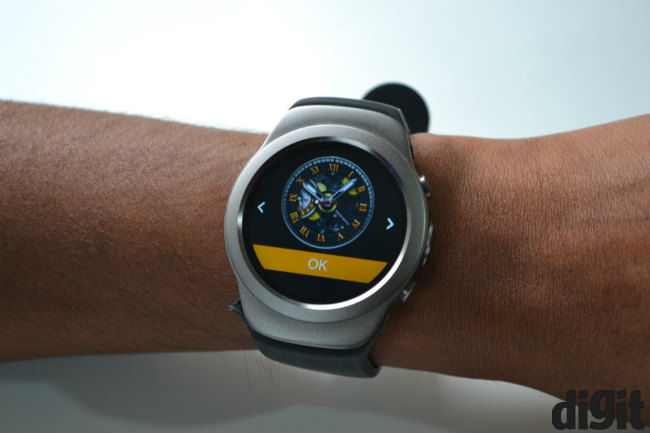 However, having so many features leads to a problem. With the touch based interface, scrolling through the menu can be a chore. That, combined with a somewhat laggy UI makes the overall experience underwhelming. Apple and Samsung’s solutions are definitely better, but touch seems to be the popular choice amongst other OEMs. The Noise Loop doesn’t have voice support either, which means you’re more dependent on touch here, than other devices.

Further, you are given almost no clear indication of what all the watch can do or how to go about it. The booklet inside the box only gives you instruction on how to install the app on your phone to pair it. You are expected to learn all that the watch can do by yourself. At this price, the Noise Loop is meant for entry level buyers, which means better instructions would have been a good idea. For example, the raise to wake feature is disabled by default. So, to turn on the watch, I had to press a button and I initially thought that the feature wasn’t there. As it turns out, this feature had to be turned on manually from the menu. Similarly, features like pedometer and sleep monitor have to be turned on manually too. Speaking of the sleep monitor, the bulk and heft of the Loop made it difficult to sleep with it on the wrist.

That's not all, the information that the watch offers can be pretty limited. While you are shown messages for WhatsApp, it will only let you reach them. Tapping on the reply button opens the message on your phone. Similarly, the sleep monitor app will show the time you've slept and how good the sleep was. That’s noticeably lesser data than other fitness devices, where there’s data on how long you were in deep sleep, REM cycles etc. 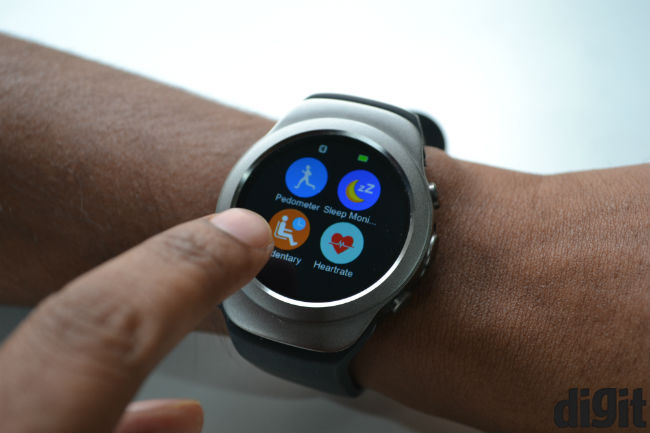 The MediaTek SmartDevice app isn't much help either. It lets you connect to the watch and control the apps installed on it. You can manage notifications, but there’s not a whole lot of customisations available. The app is easy enough to understand.

The Noise Loop does not run Android Wear, but it's own custom UI. To install more apps, you will have to open “App Download” section on the watch to open up a QR code. You will then have to scan the code to visit a website and download APK files for your phone. This website appears to be in Chinese and it’s a third party website. So, I decided not to download anything, due to security concerns.

The watch comes with an app called Codoon, which is a Chinese health and fitness platform. However, it crashed every time I tried to open it.

The smartwatch comes with a MediaTek’s MT2502C chipset with 128MB of RAM. There is noticeable lag when swiping through menus, especially when you swipe down from the top. The screen also takes about a second to come on when you twist your wrist. This was especially annoying sometimes, because whenever I thought the device hadn’t registered the motion it turned on a split second before I pressed the button to manually turn on the display, causing me to turn off the display again.

The watch is charged by a clamp-like charger. A system that I personally dislike. The clamp itself seems to be made from a cheap, thin plastic and I was afraid that I might accidentally break it. It should be noted that the clamp completely covers the display, so you won't be able to use the watch while charging.

On its own, the device can last for about a day or two easily. However, using the device’s many functions decreases its longevity quite drastically. For example, when I turned on the pedometer at 9:00 am, the battery was completely drained by about 6:00 pm the same day. 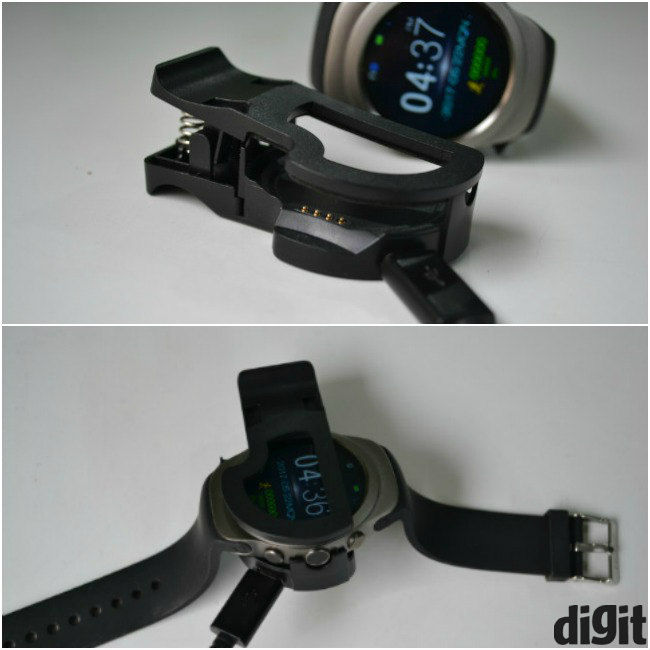 The Noise Loop is quite cheap and it offers a lot of features for that price, making it appealing to first-time buyers. However, the use of the clunky UI and inconsistent battery life may put you off the idea of smartwatches entirely. It’s an entry level smartwatch, and provides a taste of what this ecosystem can offer. But much like the overall market, the Noise Loop doesn’t set a good example for buyers either.