Byte Size Tech from CES 2018: Ybrain is a wearable that helps cure depression by passing electric current through the brain

Leave it to the South Koreans to come up with some crazy ideas that end up catching the eyes of eager tech mongers at the Consumer Electronic Show. One such crazy, yet super innovative idea caught our attention at CES 2018 and got us checking out Ybrain, a South Korean startup that has created a depression curing wearable.

Depression is a serious issue that tech companies are increasingly addressing with AI bots, apps and other preventive tools. Ybrain does it with a headband that can be worn like a tiara to pass subtle electric currents through the brain.

Before you chicken out of the thought of electricity passing through your brain, let us tell you that the headset uses transcranial direct current stimulation (tDCS) that uses very weak direct current delivered via electrodes for neuro stimulation. 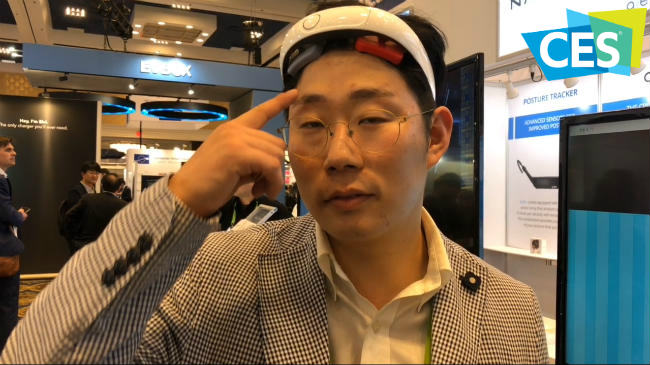 On wearing the headset, one experiences a slight tingling sensation and the company claims only 20 percent of the electrical waves produced by the headset actually reach the user’s brain.

Ybrain has successfully conducted clinical trials of the headset and has reported a remission rate of 33 percent over the course of 6 weeks of usage.