MicroLED displays have emerged as a very promising technology of the future. These displays offer all the advantages of OLED panels like high contrast and wide-viewing angles but can get brighter without any risk of burn-in. These are characterized by longer life spans and lower power consumption. All major TV brands have showcased MicroLED TVs which are also shockingly expensive. At CES 2023, Samsung showcased microLED TVs in different sizes starting at 50-inches, making the tech a little more mainstream. Even Apple is reportedly working on bringing a disruptive MicroLED display to Apple Watch in 2024.

So, is MicroLED technology something you should look forward to? How are MicroLED displays better than OLEDs, QD-OLEDs or mini LED TVs? Let’s try and answer all such questions below!

What is a MicroLED display? How is it different from an OLED or QD-OLED display?

The basic theoretical difference between an OLED and MicroLED display is that OLED displays use an organic LED emitter for each subpixel, and MicroLED panels use an in-organic emitter that's more stable. The organic emitter used in OLEDs is prone to decay resulting in issues like burn-in and dimming of luminance over time. The in-organic LEDs, on the other hand, do not suffer from such drawbacks.

Both the MicroLED and OLED displays are self-emissive. This means that every sub-pixel is a tiny light source that can be individually controlled. In contrast, LCD-based displays get white light from a backlight that may be categorised as LED, mini LED, or QLED.  This light then passes through LCD pixels (that work like tiny switches) and then through a colour filter. 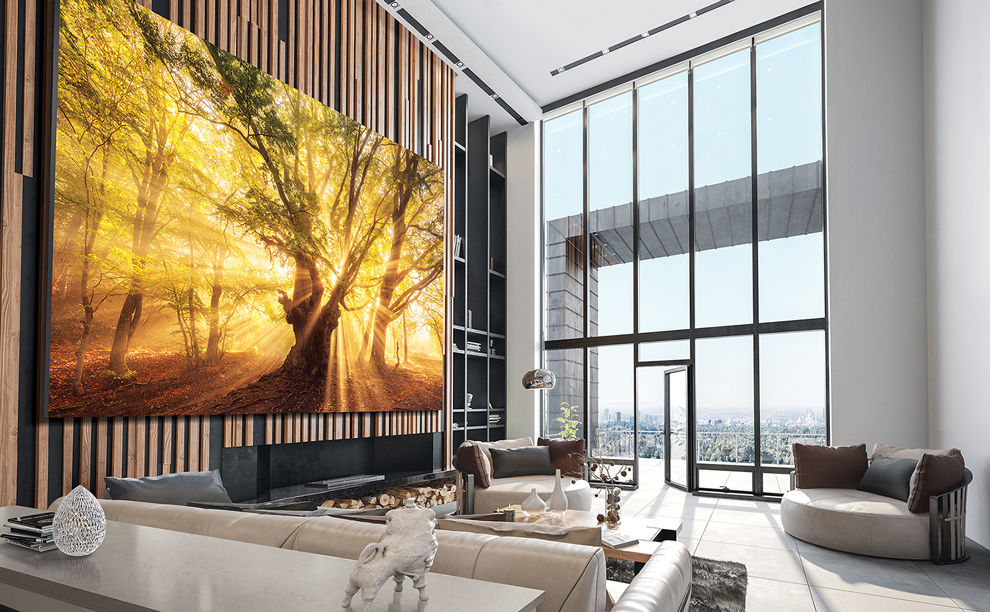 MicroLED vs OLED vs QD-OLED

A colour filter is also present on most modern OLED TVs. Manufacturing a true RGB OLED or an OLED display with separate red, green and blue subpixels (as on our smartphones) is very challenging for a TV-size screen. The workaround is that all self-lit pixels in OLED TVs emit only white light. The blue, green, and red colours for subpixels are obtained by passing the light through a colour filter layer that is added towards the user-facing end.

When white light passes through a colour filter, there is a loss in intensity. For instance, the red sub-pixel with a red colour filter will block blue and green and only pass one component - Red light. To counter the resulting loss in quantum efficiency and to improve luminance capability, a white pixel is also added, resulting in a White, Red, Green, Blue or WRGB subpixel pattern. That’s also why the OLED panels used in almost all TVs from LG and Sony are called White OLEDs. Adding a white pixel is not an ideal solution as it limits the display's ability to reproduce a wide gamut of bright colours.

The loss of quantum efficiency due to the use of colour filters and the loss of colour volume due to the white sub-pixel is addressed by QD-OLED displays used on TVs like Sony A95K and Samsung S95B. In QD-OLED TVs, all organic LEDs emit blue light and instead of the colour filter, a Quantum Dot Color Conversion film is used in front of them. Quantum converters convert blue light to red and green without any loss in efficiency. So, the resulting display is almost as good as a true RGB OLED used on modern smartphones.

Mirco LED displays have self-emissive red, blue and green sub-pixels and don’t require a colour filter. Basically, by replacing the organic LED with in-organic LED, these TVs offer the best of both worlds. They promise OLED-level contrast and dynamic range while mitigating longevity concerns associated with OLED technology (particularly when it is driven too hard).

It’s not unconventional for microLED prototype displays to advertise up to 10x more brightness as compared to the best OLED panel and that too while being significantly more power efficient. 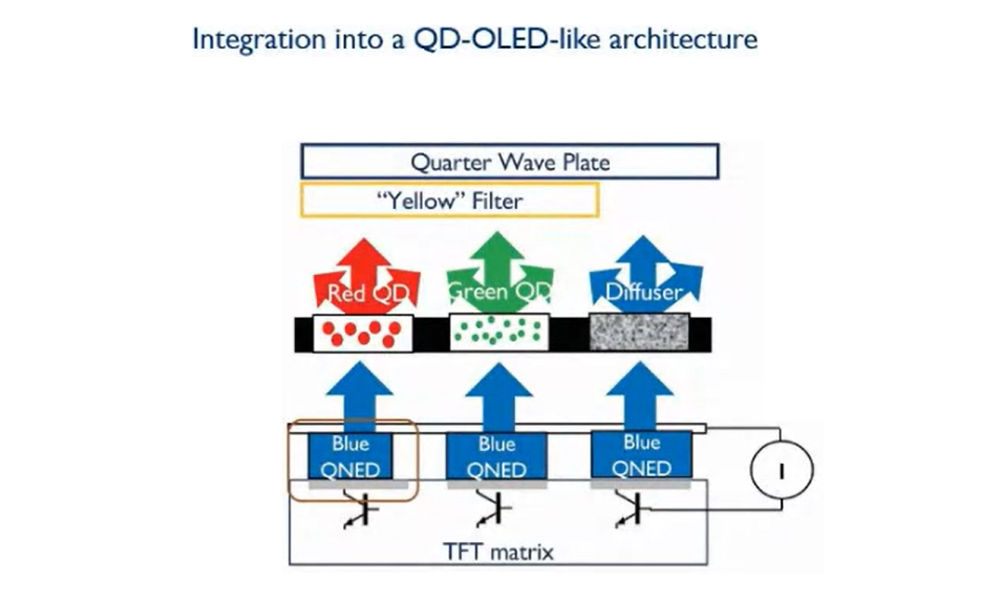 Many manufacturers are also working on QD-OLED-like MicroLED displays, where all MicroLEDs are blue and colour conversion is achieved using Quantum Dot Colour Conversion films. Such panels are easier to fabricate as compared to panels with separate blue, red and green LEDs.

Advantages of MicroLEDs over OLED displays 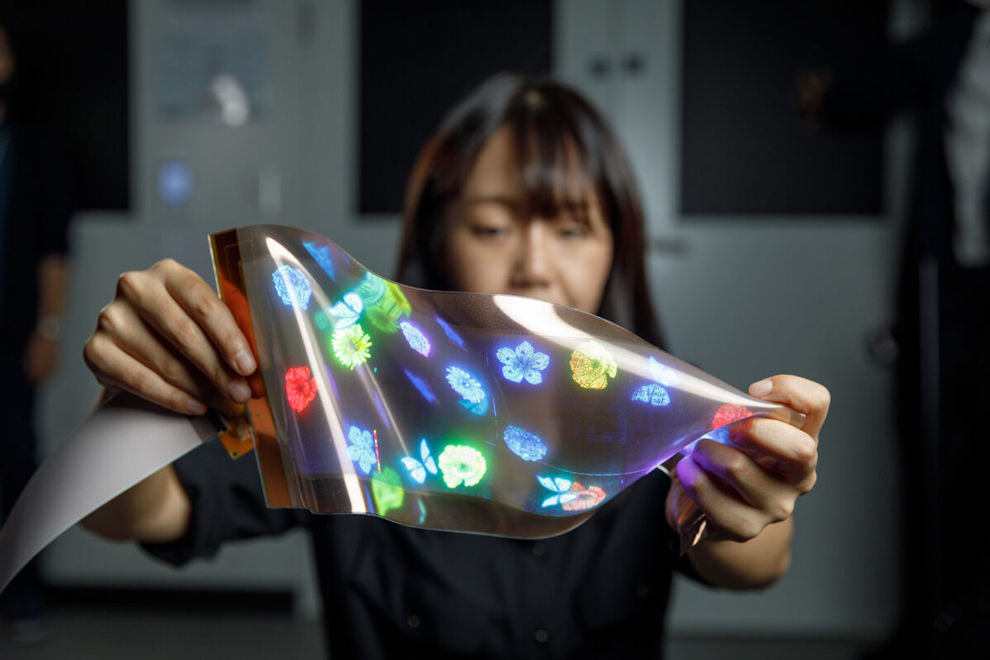 OLED TVs can be manufactured by depositing organic material directly on the backplane which is an array of transistors and switches that drive every pixel. This is not possible for MicroLEDs.

MicroLEDs have to be manufactured like semiconductors on wafers and then these MicroLEDs have to be picked and transferred to the TFT backplane that includes the array of driving circuits for the pixels. This is a very complex process and for MicroLED panels to be feasible, it has to be accomplished within a matter of minutes.

The complexity in transferring process is also why MicroLED displays are exceptionally expensive and don’t often go beyond 4k resolution.

For now, most MicroLED displays are in the concept and prototype stages and several challenges are involved in bringing the technology to consumers. For instance, due to the limitations of the manufacturing process, the brightness of MicroLEDs reduces as their size becomes smaller. Other challenges include bringing down astronomically high costs, yield and defect management, and difficulties in scaling production. There is still some time before we see MicroLED displays go mainstream in consumer devices.

What’s the difference between MicroLED and a mini LED display?

LEDs have been used in TVs for years and their sizes have gradually shrunk. With MicroLED technology, these LEDs move from the backlight to being a sub-pixel itself.

In Mini LED displays, these LEDs are small but not quite pixel-level small. Mini LED TVs use mini LED zones in the backlight. Mini LEDs are here a part of the backlight and the light from one mini LED is shared by more than one pixel.

Sometimes marketing teams of TV manufacturers get overzealous and call their mini LED TVs MicroLED, but as a preferred industry standard, the die size for these LEDs needs to be less than 100 micrometres for them to be termed as MicroLEDs. 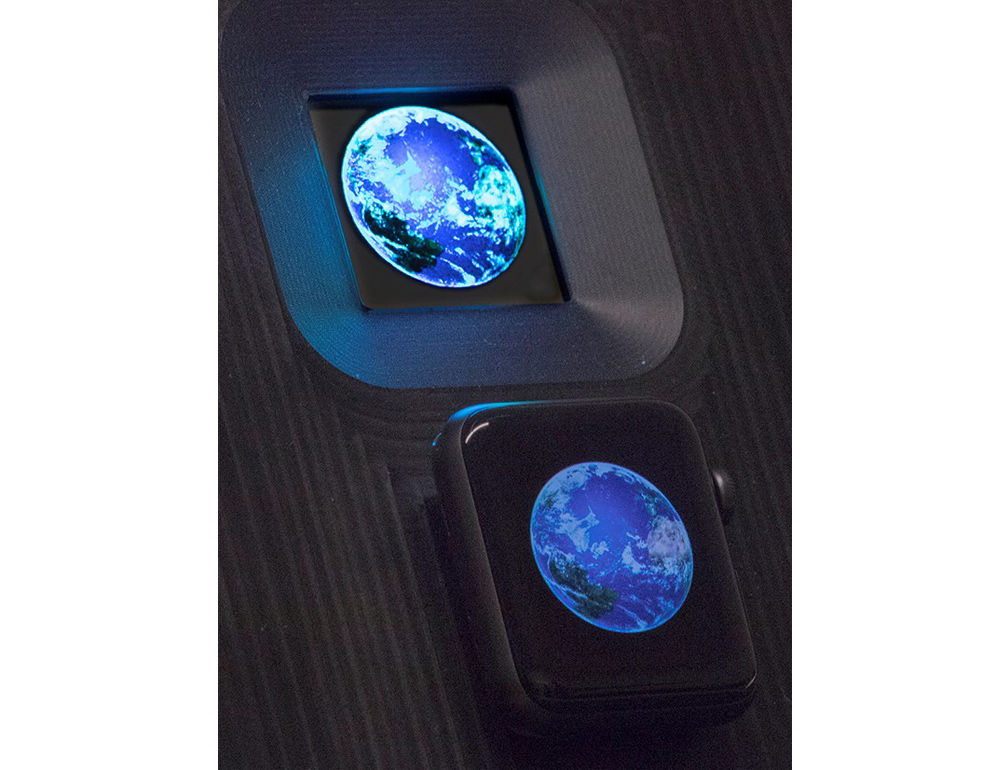 glō’s microLED display next to an Apple Watch | Source: glō

Apple acquired MicroLED startup Luxvue in 2014 and since then all major players have shown interest in the technology.

Apple’s approach to MicroLED technology is quite disruptive. The company is working to replace the conventional TFT backplane or the array of complex electronic circuits that turn on, turn off or drive all pixels - with micro IC drivers. These ICs can be assembled directly on the front plane and drive a group of pixels and sensors.

By eliminating conventional TFT driving backplanes,  Apple can reduce its reliance on big display makers. Apple Watch with MicroLED display is expected to debut in 2024.

According to a white paper published by MicroLED Industry Association, the target cost estimation for microLED displays should be more than double the LTPO OLED displays that are used in premium smartwatches today. According to the paper, it is likely that manufacturers will be able to bring the cost down and make microLED feasible for watches in 2023.

Top MicroLED Displays you can buy 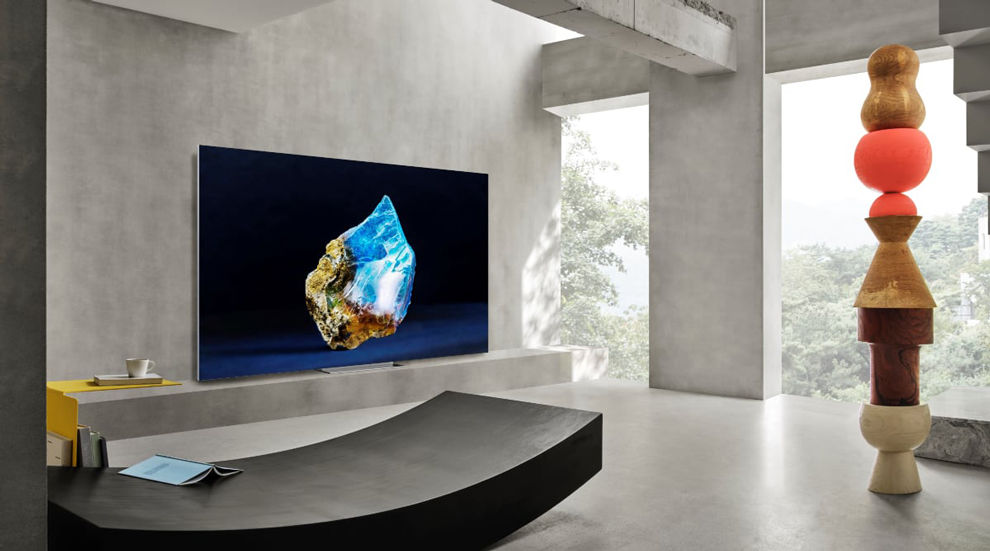 MicroLED TV options are fairly limited today. At CES 2023, Samsung showcased 50-inch, 63-inch, 76-inch, 89-inch and 140-inch MicroLED TVs that it promises to bring to markets in 2023. For now, here are a few options that are available, mostly for the commercial market: