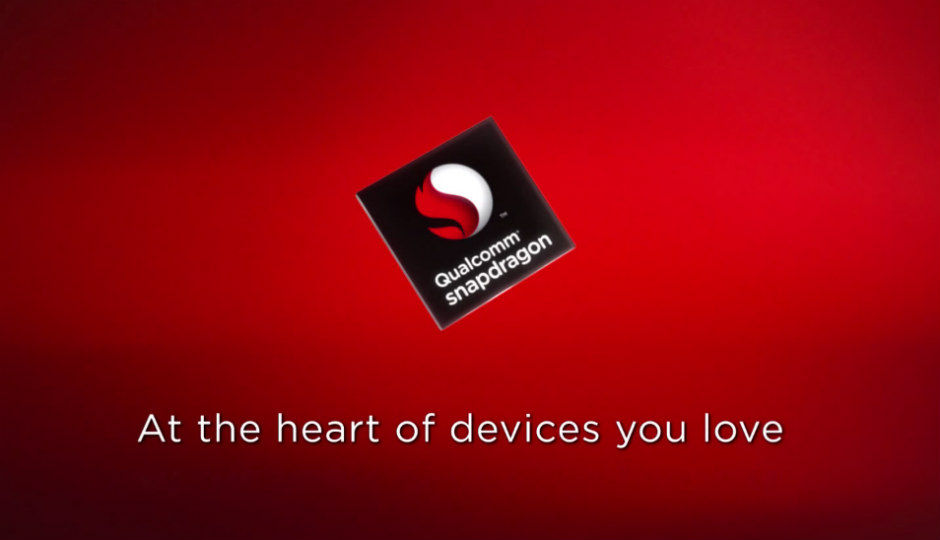 Qualcomm’s viewpoint at the 3G/LTE Summit 2015 has been all about developing a world of mobile computing, where speed of connectivity and performance remains uncompromised. As part of its new chipset lineup, Qualcomm is integrating its new modem - the X12 LTE - into its upcoming flagship processor, Snapdragon 820. Qualcomm has also integrated its Zeroth engine, lending machine learning capabilities into the new chipset that will give its future devices an advanced adaptation method to learn and adapt to different mobile usage practices and behaviour. Here’s all that is new in the Snapdragon 820 SoC. 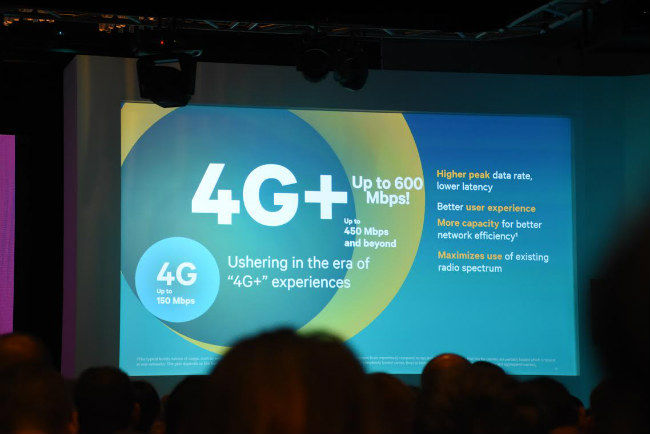 We already knew about Qualcomm’s Hexagon 680 DSP, the little coprocessor built in behind the four Kryo cores of the Snapdragon 820. “The core wars have long been over, and the notion of more cores leading to more power in a device have changed over time,” said Mark Shedd, Director of Marketing, Qualcomm Technologies. Qualcomm’s focus with the Snapdragon 820 is entirely in optimising power, and not in putting every component into overdrive. It is already looking beyond the Snapdragon 810, which has received considerable flak over its throttling issues, and Qualcomm is wary of avoiding that, bringing the onus back to itself, at the highest rung of mobile computing. The Hexagon 680 signal processor will sit quietly behind the four cores, handling all such tasks that require to run constantly behind the device’s open processes. One instance of real-life implications is with the burgeoning smartwatches and wearable devices industry, where most of the devices need to connect to an app on a smartphone. The Hexagon 680 DSP will run behind the main cores, keeping the required app active and running, so that you do not need to be wary of performance stutters and battery life qualms all through the day. The idea is to free up core processing power, which will be used only for those applications that need higher computing support to run. 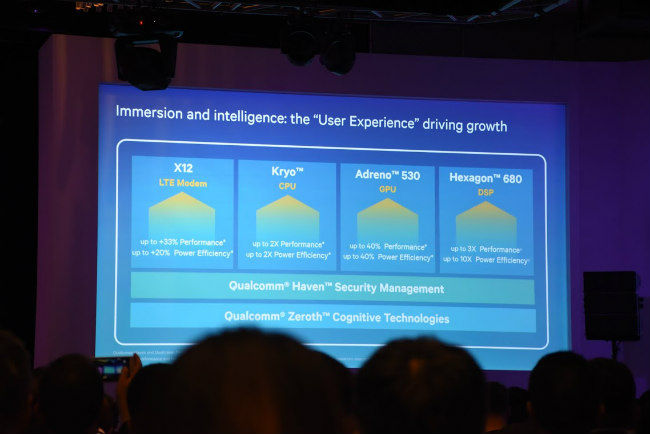 Qualcomm is banking on its Zeroth engine to tune a device’s performance with optimised network coverage and battery usage. With the new X12 LTE modem that brings ‘4G+’ speeds to the mobile network (downlink speeds of 600Mbps and uplink speeds of 150Mbps) along with LTE Unlicensed that brings in Carrier Aggregation technique in providing uninterrupted coverage on LTE against unverified, random WiFi access nodes, the Zeroth engine will be crucial in learning daily usage patterns and studying a user’s behaviour with the cellphone, thereby optimising the power consumption of a device. For instance, the Zeroth engine will track office networks to know the usual time when you enter office, i.e., when you switch from LTE to WiFi. It will track your major areas of travel, WiFi-LTE shifts, network strengths of various operators in different regions, and gauge a usage graph. This will, in turn, be used by your cellphone to prepare network switches, hence reducing the time and battery power required to search for networks, and shift between them. In short, maximising operational flow by decreasing power usage. The same principle has been included in Qualcomm’s Spectra Image Signal Processor (ISP). Notably, Sony was present at the summit with its new IMX278 sensor - implementing an RGBW pixel array to optimise brightness and dynamic range, improving image qualities notably, over its previous sensors. And, instead of opting to integrate its own ISP with the new range of sensors that it will be unveiling alongside Snapdragon-powered devices, it has decided to go with Spectra. The Zeroth engine will cap all of this, coordinating everything as required. 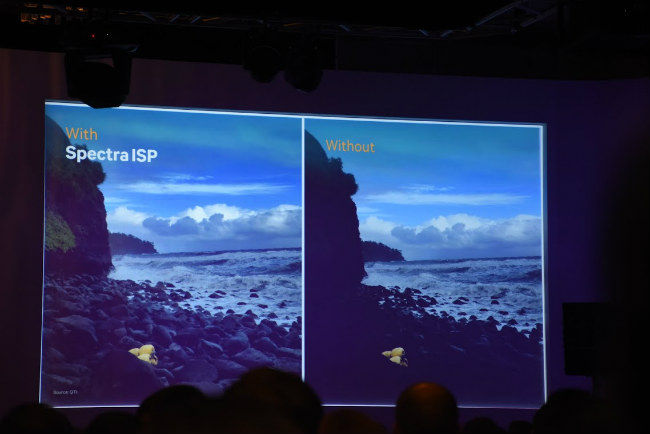 Qualcomm is not playing the game of brute force with its new components. Instead, ‘optimisation’ is its key focus. And, while nothing was mentioned officially, new devices by OEM will be commercially released next year. Until then, the Snapdragon 820 does look formidable on paper.