Courage of a different kind 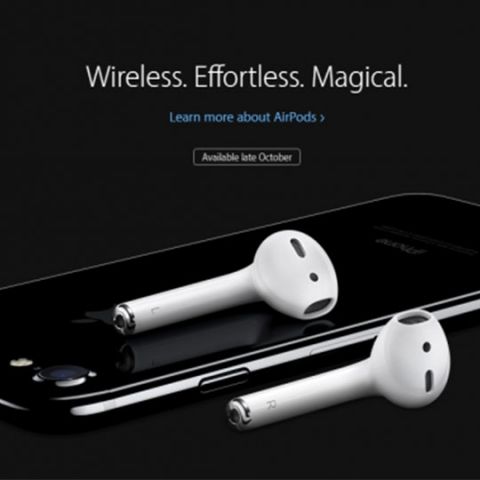 Apple’s iPhone 7 launch has got the market buzzing – even more than usual, and a lot of it is centred around one particular design choice that will directly affect the audio industry. Previously, with the iPod and iTunes, the company was instrumental in bringing about a revolutionary change in the way consumers listen to and acquire music. This time though, all the hoopla is around its decision to kill the good old headphone jack.

Apple said it took “courage” to do so, and while that may be true, the move isn’t about leading the industry towards a more technologically advanced or a more consumer-friendly future, as much as it’s about filling its own coffers. Before I get to the how, let me first tell you what the removal of the 3.5 mm jack and going digital means exactly.

Files are stored on your phone or PC in a digital format like MP3 (1s and 0s) and before leaving your device, they need to be converted to an analog electrical signal that can use the principles of electromagnetism to move the speaker coil, which in turn is connected to a diaphragm that vibrates the air and creates sounds of varying frequencies. It is also worth mentioning that it’s the responsibility of the device to convert that digital signal to the highest possible quality analog signal (so far).

With the iPhone 7, the lightning port will now output 1s and 0s, which the speaker cannot interpret. Of course there’s still a DAC (digital-to-analog converter) on the iPhone, or else the earpiece and speakers wouldn’t work; there just isn’t one for headphones. Thus, all those headphones (even expensive ones) you’ve invested in over the years, will become redundant in one fell swoop. Unless of course you carry around the lightning to a 3.5mm adapter, which Apple has so generously decided to bundle with their phones (for now). If you lose the adaptor, you pay $9 to get a new one.

But is the headphone jack a simple casualty along the path of technological progress like the floppy disk or serial port?

Not really. Those were dead technologies, whereas no matter what, for a human to hear a sound via existing speaker tech, a DAC has to be involved at some stage – whether at the source device end or in the headphones themselves.

In that case, what were Apple’s reasons?

Now consider this: what if the DAC that Apple is using on its little ‘free’ adapters isn’t very good? After all, $9 for anything Apple-made suggests super cheap. A Beats headphone with a better DAC might suddenly sound way better. The AirPods and Beats wireless models that use Apple’s proprietary W1 chip might also sound great, while regular Bluetooth sets might not. That translates to more sales of Beats headphones and more money from licensing “Apple Certified” accessories. Apple will probably even sell (or licence) lightning-based amps soon. So one more gadget to buy and one more thing for Apple to get licensing fees from.

There is also a thriving ecosystem of devices made by independent tinkerers using the standard 3.5 mm jack to expand the functionality of the iPhone. These devices might suddenly be rendered useless, because it’s not known how well they’ll play with the adapter. Things such as thermometers, light meters, credit card readers and many more will now have to change their interface, and cough up about $4 to Apple for every device they sell to get their hands on the coveted Made For iOS (MFi) license.

It seems obvious to me that the decision to kill the headphone jack is purely business driven. It’s just another case of putting shareholders before buyers, because going proprietary on yet another interface is hugely profitable for Apple. As a thought experiment, try considering why an open standard like the USB-C port wasn’t chosen if this shift to digital was inevitable? However, no company other than Apple could’ve achieved this, and for better or worse, that’s the direction the industry will soon be heading in. Both manufacturers of smartphones (on the Android side) as well as makers of audio gear will probably soon make that jump now that the big boy is all-in. Thankfully, I expect at least USB-C headphones to be more universally usable across a wider range of devices. Only time will tell whether the audio space actually benefits from going digital, or if it’s going to be all about capturing markets and making money.