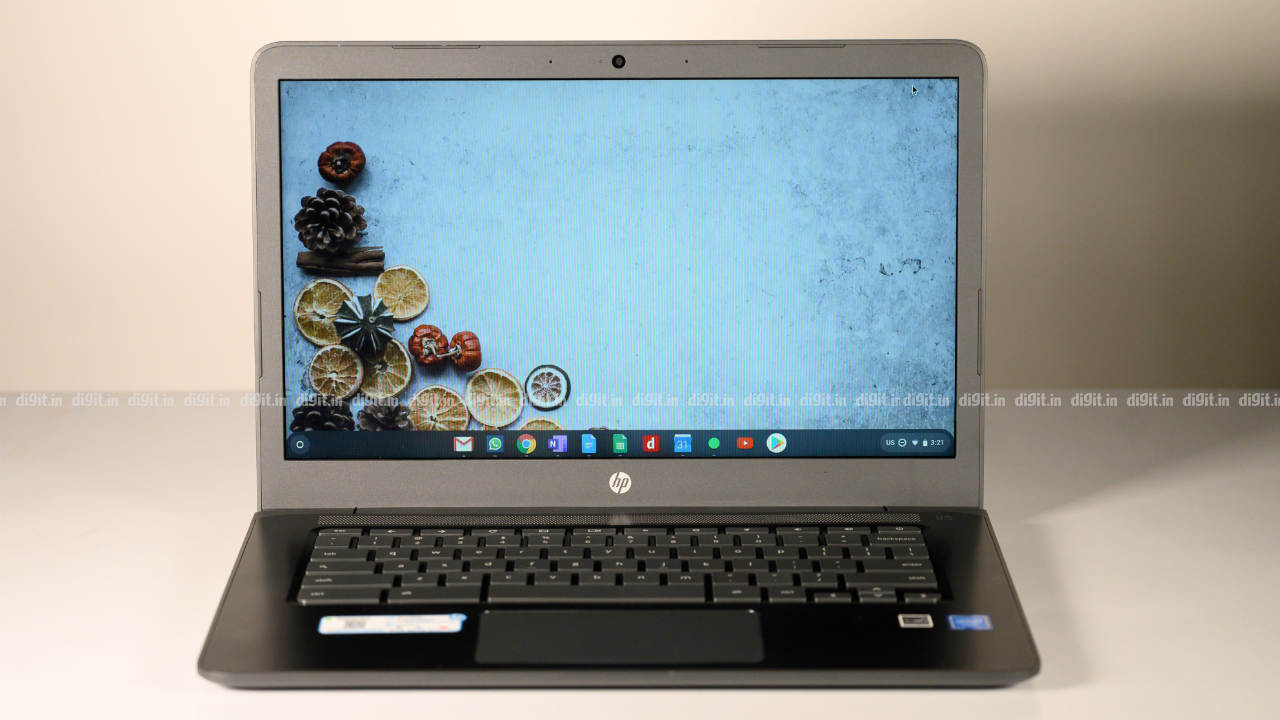 In the last quarter alone HP has had over three laptop launches, including the sub-kilo Elite Dragonfly in Tokyo. Part of the launches were two Chromebook models for India, namely the Chromebook x360 and Chromebook 14. Though I enjoyed testing and writing on the Chromebook x360 convertible (read the review here), it’s the latter I was more curious about. It is, I strongly feel, a pretty important model in the Indian market. Why, you ask? Well, to begin with, it starts at a pocket-friendly price of Rs 22,990 on Amazon.in. Our review unit had an Intel Celeron N3350 Dual-core CPU combined with 4GB of RAM. Storage came in the form of a 64GB eMMC chip.

The biggest problem with budget Windows laptops is that they’re unbearably slow. A laptop in the Rs 20,000 range typically comes with an Intel Celeron or Pentium CPU combined with no more than 4GB of RAM and a capacious but extremely sluggish hard drive, all of which is insufficient to run Windows 10 smoothly. This is exactly where the Chromebook 14 can get ahead with its lighter software and hardware setup. The Chromebook is essentially the popular Chrome web browser shaped into a lightweight Linux-based OS shipped in a laptop with support for Android apps. Is the new HP any better or faster though? Here’s a first look:

Performance: Slow in some areas, fast in others

Being a veritable Chromebook, the HP CHROMEBOOK 14(₹ 22990 at flipkart) review unit booted Chrome OS, not Windows 10. The first-time setup screen appeared in less than ten seconds after opening the lid and hitting the power button. A Wi-Fi connection screen and some licence agreement pages later, I was able to sign in to my Google account. In less than two minutes after that, I saw a blank desktop with the same settings and icons I had on the Chromebook x360 during its review. An offer for 100GB of extra storage on Google Drive for two years popped up as the first tab in the browser. Opening Chrome, Docs, Sheets, Calendar, and WhatsApp Web in separate windows simultaneously caused the laptop to slow down instantly but all my desired pages opened eventually (in less than seven seconds). Signs of lag were apparent throughout. Everyday web pages (of news, tech reviews, etc.) took longer to load on the Celeron-powered Chromebook 14 than its Core i3-powered Chromebook x360. Offline screens (like Settings, Files) took a while to load as well. Understandably, the lag was less noticeable in static screens.

The build quality of the HP CHROMEBOOK 14 was as expected of a laptop of this price range: plasticky. The review unit sported a plastic top cover in dark grey, which, thanks to its rough matte finish, made the machine easy to grip. It appeared well finished but showed signs of flex. The keyboard island was made of glossy plastic, which also displayed quite a bit of flex while typing. The 14-inch touchscreen unit appeared to be bright enough at max setting but lacking in colour accuracy. A full review will give us a better idea of how good the Chromebook 14’s screen is for everyday use. 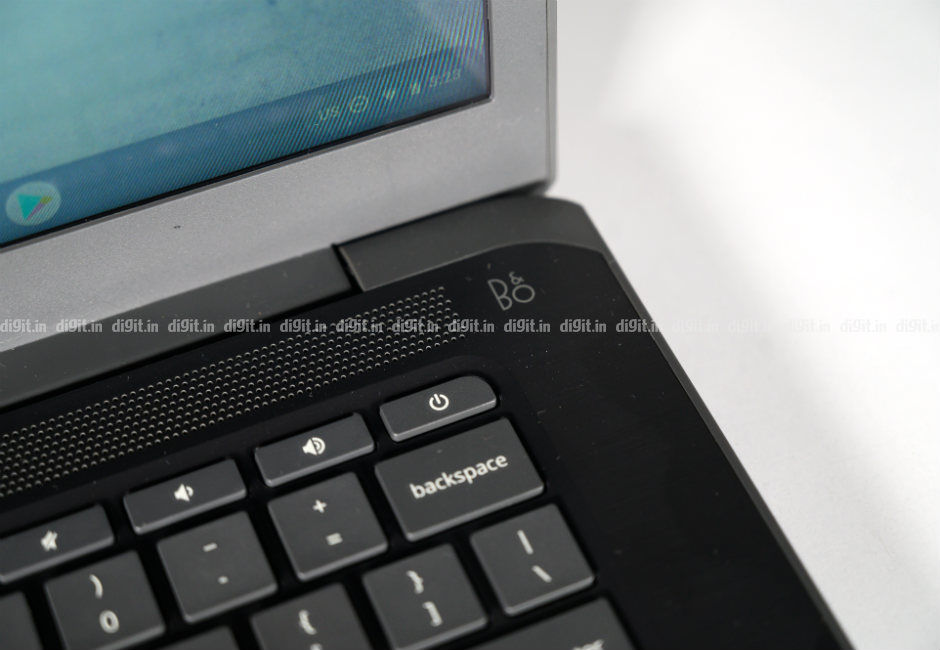 The keyboard on the review unit had soft but shallow, unlit keys. Typing out short emails and documents was a fairly easy affair. Sadly, the flex in the middle of the keyboard island showed every time I typed. The wide plastic touchpad, on the other hand, was a fairly accurate one. It wasn’t as precise to use as the unit on the Chromebook x360 but it was definitely better than the plastic-covered touchpad on the Lenovo IdeaPad 330. In other words, it’s somewhere between a non-Precision touchpad and a Precision touchpad on Windows 10 laptop. We’ll learn more about this during the review.

For the Rs 22,990 it commands, the HP CHROMEBOOK 14 appears to come with the essentials: decent computing speed and acceptable build quality. Some elements (especially visual ones) were slow to load on the review unit but the laptop behaved mostly well on the whole. The keyboard and touchpad weren’t great but weren’t bad either. On the face of it, the HP CHROMEBOOK 14 seems to be an ideal alternative to a budget Windows 10 laptop but I’ll have to give it a proper Digit Test Lab treatment to say for sure if it’s significantly better. Stay tuned for a full review.