What will Flipkart gain if it buys Snapdeal? 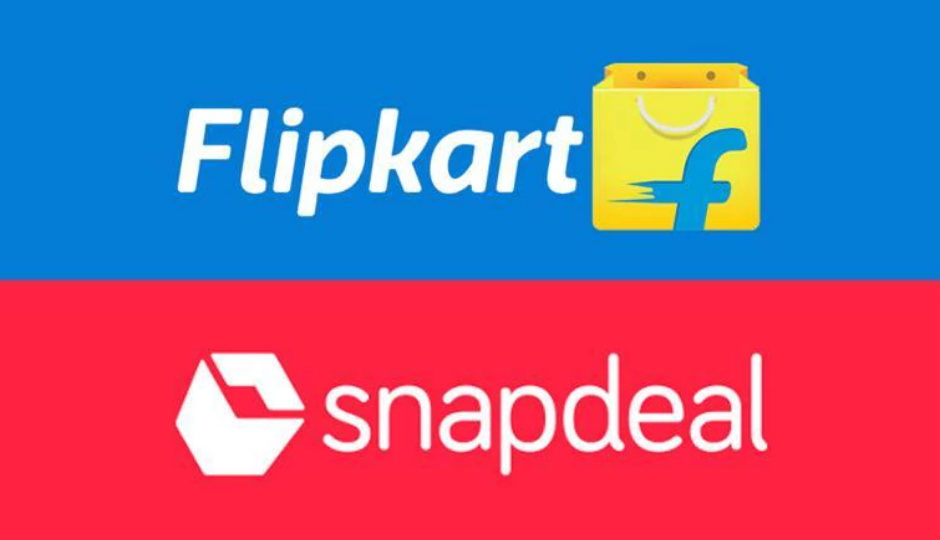 The Indian e-commerce industry has been one of the most intriguing fields of investments and outcomes. Spurned into foundation by young, bright minds, the e-commerce sector in India essentially came into existence with Flipkart beginning operations nearly a decade ago. Backed by investors, the e-commerce firm quickly shot into focus by offering an easy sit-at-home shopping experience, multiple payment methods, and most importantly, incredible discount deals that seemed too good to be true.

The apparent success of Flipkart spurned many similar ventures into being - Myntra, Paytm, PepperFry, ShopClues and many more. With time, investments began drying up amid rising questions on profitability. Incredible discounts that were once an everyday affair disappeared, and smaller ventures gradually started being picked up by the larger players in consolidated deals.

Snapdeal, however, made it through all of this. Founded in 2010, Snapdeal began with good funding support that allowed them to rise up the ladder and become the second largest e-commerce company in India. The company, under holding firm Jasper Infotech, reached its peak valuation of $6.5 billion in 2016, and even survived the worldwide mutual fund markdown of last year without sustaining a hit.

However, between then and now, Snapdeal has been in a steep decline, undergoing consolidation of resources to see its employee count drop by 60 percent and the market valuation falling down from the peak of $6.5 billion to what its prime investor Softbank Corp now states is below $1 billion. Stuck in a severely dire situation, talks surfaced regarding a possible takeover of Snapdeal by none other than Flipkart, its prime competitor. Now, we stand very close to the eventual merger, even though a lot of things are left to be decided.

The present financial situation
Snapdeal, under holding firm Jasper Infotech, is primarily funded by Softbank, a Japanese investor firm. The company has so far invested an estimated sum of $900 million behind Snapdeal and is the major stockholder of Snapdeal. Other investors include Kalaari Capital and Nexus Venture, who invested $27.5 million and $50 million respectively.

Jasper Infotech’s board of directors include representation from the three firms, along with Kunal Bahl and Rohit Bansal who hold combined share of 6.5 percent of Snapdeal’s shares. Softbank is being instrumental in pushing for the merger, and the firm is looking to invest $1.5 billion into Flipkart along with buying shares from Flipkart’s largest investor Tiger Global, and Flipkart itself pooling in another $1 billion into the business with help from Tencent, eBay and Microsoft. All of this would make Softbank a significant shareholder in Flipkart, alongside Tiger Global.

However, Softbank has not yet received clearance from its co-investors in Snapdeal, which stands in the way of the merger. The co-investors are reportedly unhappy with Softbank’s valuation of Snapdeal at about $800 million, and are quoting Jasper Infotech’s other ventures, Vulcan Express and Unicommerce, as potentially profitable and demand them to be counted separately. This would bring up Snapdeal’s overall valuation up to around $1.2 billion, and see other players like Paytm and Alibaba exit the apparent conglomerate.

Why would Flipkart buy Snapdeal?
While the business consolidation is all about mitigating losses in face of Amazon India’s rising market shares, it is also important to look at the other sides of the tale. Of late, Flipkart has recuperated from a potential crash and steadied ship. With Tiger Global putting increasing pressure on profitability, Flipkart will have its work cut out to keep its numero uno status, something that is under serious threat from Amazon India.

Partnering with Snapdeal does not guarantee an extensive base of new users, seeing that the two platforms did not really have mutually exclusive customers. The categories of products sold on the two platforms are also not different, but what Flipkart stands to benefit in this deal are Softbank’s investment arsenal, and Snapdeal’s existing chain of warehouses and logistics network.

Flipkart buying Snapdeal would give it more breathing room over Tiger Global’s existing clauses, which has already invested $1 billion in Flipkart. It will also give Flipkart better cash flow to consolidate better deals to compete with Amazon India, which is its prime threat in the Indian e-commerce space. This may prove to be particularly crucial, with Alibaba also being eager to get a share of the Indian e-commerce pie that now reportedly stands at $200 billion of gross merchandise volume.

Essentially, while Flipkart may not be benefiting anything immediately by taking over Snapdeal, the company may be readying itself for a future that guarantees tough competition going forward.

While more details are yet to surface, the deal will reportedly be put on Jasper Infotech’s table again by Softbank, in an attempt to close in on the merger. The next few days should give us a fair indication of how everything will proceed.

Flipkart “Sell-Back Program” is live: How to use it during the festive season
Flipkart and eDAO has in store a 'Digital Treasure Hunt' ahead of The Big Billion Days: Here's what it is
Flipkart kicks off the festive celebrations for the upcoming Big Billion Days
Thomson forays into small home appliances segment with Flipkart
Flipkart Big Saving Days Sale 2022 to start tomorrow: Quick details on the Deals
Advertisements