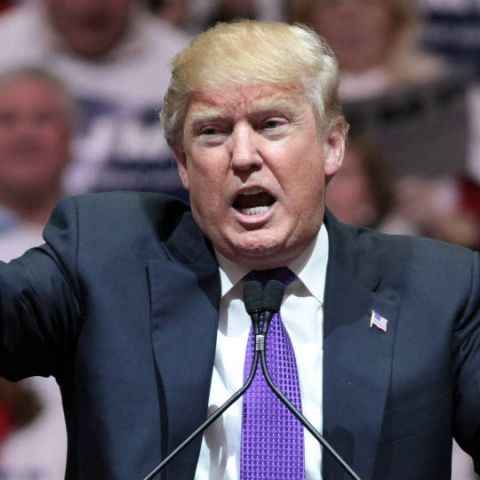 Donald Trump is in the White House and Silicon Valley is in great turmoil because of it. Executives from the Valley had been openly against Trump’s presidency, but they’ve been forced to accept the reality now. Experts say Trump being in the White House could have adverse effects on the companies in Silicon Valley. In fact, Shervin Pishevar, co-founder of Hyperloop One, even suggested that California should secede. Buzzfeed went ahead and found out that may indeed be possible.

Further, Trump’s ascension to power has even been equated to Hitler. Mark Pincus, co-founder of Zynga, tweeted, “Is this what it felt like when people first realized hitler could actually take power?” He wasn’t the only one so distraught with Trump’s election, either. Pishevar’s secession idea was backed by Dave Morin, co-founder and CEO for social network, Path, and a well known investor in the Valley.

@shervin I was literally just going to tweet this. I'm in and will partner with you on it.

While Trump hasn’t spoken in detail about his technology policies, he has taken a tough stand on immigration and trade. This, in turn, could be dangerous for the US-based tech companies, which thrive on skilled labour from overseas, and drive revenues from overseas as well.

Nevertheless, in about 24 hours after the election, many have been brought back to reality. Trump is indeed the President, and while some big names in tech are still not exactly congratulating him, they’re not opposing him as strongly either.

On April 12, Zuckerberg had opposed Trump’s immigration policies, albeit without taking his name. “I hear fearful voices calling for building walls and distancing people they label as others, for blocking free expression, for slowing immigration, reducing trade and, in some cases around the world, even cutting access to the internet,” Zuckerberg said, at the Facebook’s Developer Conference.

Trump in turn had called our Zuckerberg. In his immigration plan, Trump wrote, “This will improve the number of black, Hispanic and female workers in Silicon Valley who have been passed over in favor of the H-1B program. Mark Zuckerberg's personal Senator, Marco Rubio, has a bill to triple H-1Bs that would decimate women and minorities.” Trump has said he wants to discourage companies from hiring employees from abroad.

While Zuckerberg steered clear of taking Trump’s name in his response, Microsoft CEO, Satya Nadella took a more diplomatic approach. “Yesterday we witnessed the democratic process in action here in the US,” Nadella wrote in a LinkedIn post. “The results are of importance around the world, and I know that interest is shared among Microsoft employees. We congratulate the president-elect, and look forward to working with all those elected yesterday. Our commitment to our mission and values are steadfast, and in particular fostering a diverse and inclusive culture. With that in mind and looking to the future, Brad Smith today outlined in a blog Microsoft’s thoughts and recommendations for the new Administration and Congress,” Nadella added.

German-American entrepreneur and PayPal co-founder, Peter Thiel, was perhaps the only one rejoicing on Trump’s victory. Thiel had openly backed Trump before the elections, and after the results were announced he said, “Congratulations to President-elect Donald Trump. He has an awesomely difficult task, since it is long past time for us to face up to our country’s problems. We’re going to need all hands on deck.” According to the New York Times, Thiel will have a say in the Trump administration, but won’t actually be moving to Washington.

Congratulations to President-elect Trump. He has a difficult task ahead in confronting the USA's problems.

We need all hands on deck.

While Thiel openly supported Trump, some entrepreneurs from the Valley have expressed their disappointment as well. Steve Case, founder of AOL, tweeted his surprise and disappointment at Trump’s election, but also encouraged others to accept the result and work together. Interestingly, Jeff Bezos, owner of Amazon, hasn't yet commented on the victory. Bezos had an open tiff with Trump, when the latter accused him of using Washington Post (which Bezos owns) to damage his campaign.

I am surprised & disappointed. But now that the people have spoken, we should accept the result & work together to move the country forward.

Only time will tell what Trump’s impact on the tech industry in America will be, but it seems none of these powerful companies have any choice other than working with his right now, which is exactly what most of them are saying now as well. Interestingly, the crackdown on H1-B visas could also affect students from India, who need said visas to work in these companies in the United States. Trump’s impact on the tech industry will be known over time, but it may very well affect us all.