Time to self-heal: Your next cracked piece of technology might be able to self repair 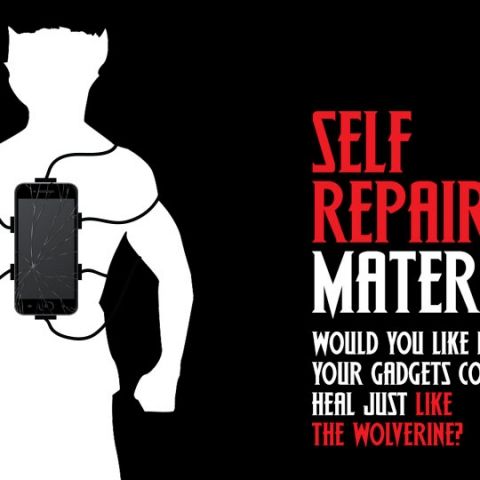 When a smartphone or a laptop is dropped from someone’s hands, one of the universally felt emotions is that of severe anguish. Several questions immediately pop into the head - did the screen break? Is it working? How much is this going to cost? Will my new phone have scratches and dents now? In fact, Motorola based an entire smartphone’s design to tackle this in the Moto X Force by implementing a shatter proof screen. But is sheer brute strength all that can be done to make gadgets, or at least parts of gadgets, damage proof?

Self repairing technology is not an entirely new scientific breakthrough right now. Actually, if you have been delving around smartphones and following technology updates for more than a year or two now, this cannot be the first time you are hearing about self repairing tech. But it is about time that this breakthrough escapes the labs and enters mainstream store shelves. Let us explore what it is all about and how close we are to damage proof gadgets that can at least give themselves first aid after an accident. 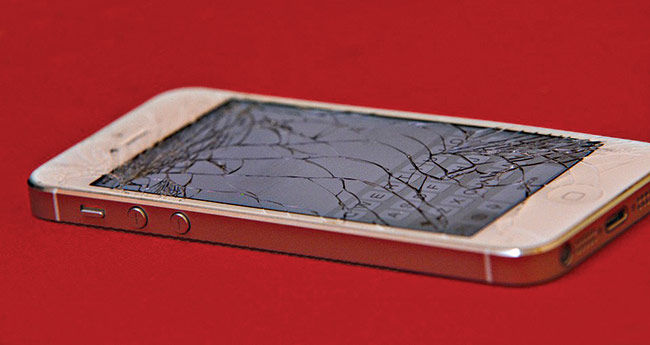 Definitely not a good day!

What does it actually mean?

Before we begin, let us clarify that self repairing tech does not imply T-1000 level healing, where your broken dismembered gadgets gather themselves together and somehow become one again. Nor does it cover intelligent robots that can put themselves together. What self-repairing tech in its current state of the art does is mostly surface repair, which highly depends on what material the gadget’s surface is made out of.

The first two factors are actually unavoidable for most material and can be comparatively easier to spot. It is the third one that is the most dangerous and can even form internally. Although there are techniques to test for these without destroying the material, like ultrasound scanning, most of these defects happen during actual usage where such testing is not being done.

This is where the inspiration from our very own human body comes into play. The human body can actively sense damage, stop it from worsening and start working on fixing it in real time. It is this phenomenon that self-healing materials aim to replicate, without human intervention in the repair process.

How does it work?

Almost all the things that we see around us nowadays are made out of plastics, or as science likes to call it, polymers - smartphones, shoes, bottles, footballs, houses etc. So it is not unexpected that research into self-repairing materials is mainly focused on polymers. This research has been mainly ongoing since early 2000s and one of the first breakthroughs was achieved by the team of Scott White, Nancy Sottos, and their colleagues from the University of Illinois at Urbana Champaign.

The most approachable self-healing technology involves micro-capsules of adhesive substance embedded into materials. When the material cracks or is under stress, these capsules break open and the adhesive material, or glue, comes out to fill the cracks and solidify. This glue can be simply a strong adhesive that holds the material together. In another approach, where the material itself is mainly a solid polymer, this glue-like material is a liquid made of the corresponding monomer (the basic constituent of the polymer). Now, when the material cracks, the capsules break open, and the polymer is exposed to the monomer resulting in further polymerization that creates more of the original polymer which fills the damaged area. Typically, this process might need a powdered chemical catalyst to be included for it to successfully occur at normal temperature and conditions without intervention.

The main problem with this approach is that the embedding might structurally weaken the original material. Due to that reason, there is a size restriction on the capsules. Also, this is a one-time method, because once the capsules are cracked, another instance of damage at the same location will have nothing to rely on.

And that second instance is highly likely due to the weakening of the material after repair.

Also, since microcapsules have to be below a certain size threshold, there is a very strict limit to the size of cracks that can be filled. 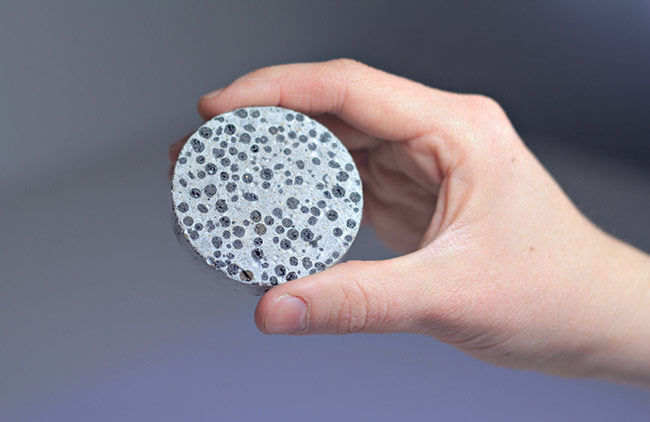 Self Repairable concrete can extend the durability of construction significantly!

Taking the human body analogy one step further, microvascular healing technology implements micro-tube like structures within the material that connect to a pressurised source of adhesive material. Wherever a crack occurs in the material, the tube is depressurized at that end and the material flows into the crack. This method can seal cracks up to ten times the size that can be fixed by micro-capsules.

This method has its own drawbacks as well, since some cracks will spread faster than they can be repaired. But on long term cracks, like those that appear on pavements and buildings, this method is certainly useful.

There is a particular classification of materials that has a tendency to remember and retain its original shape. Don’t worry, there is no actual memory involved here and your favorite shoe is not suddenly going to become sentient. Memory materials are all around us, like the frames of the eyeglasses that we wear, which snap back to their original shape even if we bend them.

Some of these materials require an external influence like heat or light to repair themselves. This can be achieved by a network of fibre-optic cables similar to the microvascular network described in the previous method. But this network would  bring heat and light to the point of damage, causing the material to alter back to its original configuration. In fact, it has the added advantage of making the material fibre-reinforced.

So what’s really out there already?

Although it is true that full-scale self-repair technology is not even present in the labs as of now, there have been a lot of interesting developments in that direction that show a lot of promise.

When Hendrik Jonkers, Microbiologist at Delft University, was looking for a way to strengthen concrete, he didn’t turn towards the conventional methods of steel or stone reinforcement. Rather, he took inspiration from his own domain of biology. His solution involves using limestone-producing bacteria in the mixture for concrete, which can close up the gaps eventually. While the concrete is being mixed, specially selected types of bacteria along with nitrogen, phosphorus and calcium lactate are added as ingredients. These constituents can stay dormant in the concrete for upto 200 years. Whenever a crack shows up on the surface, the bacteria is activated by air and it starts reacting with the calcium lactate and oxygen to produce insoluble limestone that fills up the cracks. This method can deal with cracks up to almost a centimetre in width. 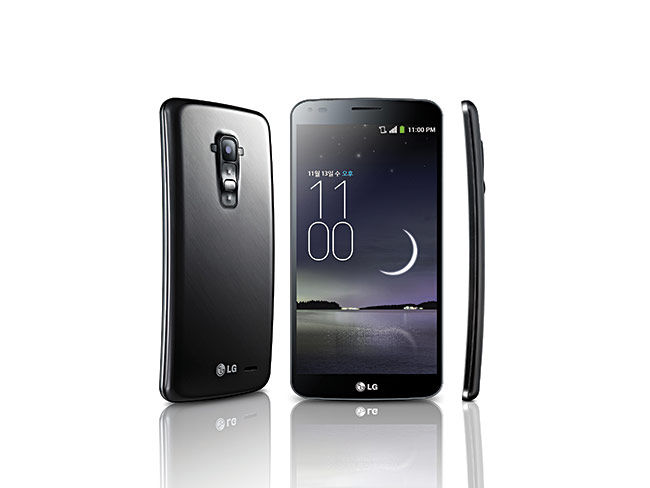 LG Flex, the curved phone with a self repair back. Talk about being unique!

In 2013, LG had announced LG Flex which, apart from being one of the few phones in the market with a curved display, was also the only one with a back that could heal itself from minor scratches. This was no marketing gimmick as tech enthusiast Marques Brownlee demonstrated the back of the phone healing from scratches made with keys. Although there have been several speculations and guesses regarding this technology, LG has so far refused to reveal how it works. The most accurate guess seems to be related to Hydrogen bonds and their affinity to stay together. It should be noted that this will not work if the scratch is deep enough to remove the material itself. Also, Apple has indicated that they are currently working on self healing technology to make iPhones that can repair themselves. So, while it is true that self-repair technology for smartphone screens and bodies are already possible, they are still too expensive or impractical for mass production.

In development since 2012, it was only last year when Professor Duncan Wass and his team announced the development of material for aircraft wings that can repair itself after suffering damage. This works on the microsphere embedding principle and also involves a catalyst that speeds up the chemical reaction involved. It was found that the material was as strong after the reaction as it was before the damage. Professor Wass’ team has been focussing on developing carbon-fibre material with this technology as it has massive applications in the fields of automobile, aviation, sports equipments and a lot more. For example, offshore wind turbines, that often get damaged due to bird strikes, could self repair and not require extensive maintenance any longer. 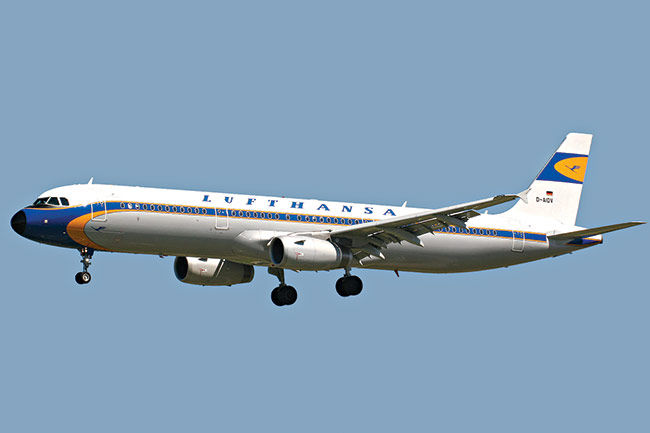 It is no breaking news that we need to rapidly shift over to sustainable methods of manufacture and consumption to ensure that we even have a future worth living in. On that note, the importance of self repairing tech is obvious. If less concrete needs to be produced due to a kind that repairs itself, there will be fewer factories manufacturing concrete in polluting and unsustainable ways. If fewer smartphones need to be replaced every year, fewer factories in third world countries will ignore basic human rights and living conditions to produce cheaper smartphones by the millions to satisfy the current demand. This technology truly holds the key to a sustainable world that spends less on replacing and fixing itself, produces a lower carbon footprint and thus lets itself exist way longer into the future.