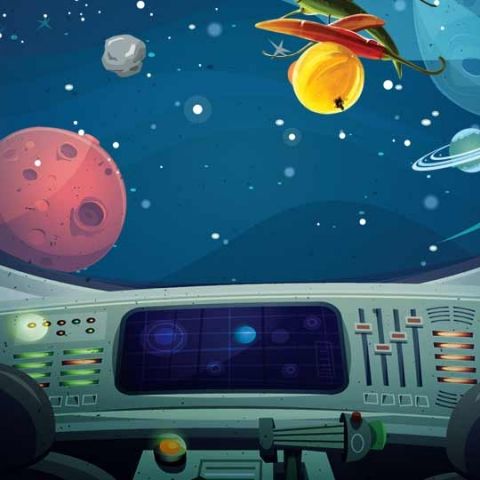 This story, spanning the farthest of human reaches, begins with a winsome wasp, the Sphex. Though it flies around quite haphazardly, the Sphex lives a very routine life. It digs a hole, lays its larvae, and then heads out to hunt. It paralyzes its prey, drags it to the entrance of the hole, and enters to check that all is well, before taking dinner all the way home. Here’s the fun part - The wasp’s behaviour only ever occurs in that sequence. If you displace the prey while the Sphex is scouting its den, the wasp will return the body to the entrance and go in to scout again. In fact it will repeat the exact same thing again and again, as many times as you, the experimenter, care to displace its children’s future food.

Clearly, biological programming exists. Yet while a wasp may not have the conscious ability to override its genetically predetermined behaviour, we mighty-minded humans certainly do.. Or do we? What does our consciousness do when it encounters the inexplicable?  Seeing as, even rocket scientists are superstitious (which happens to be the meat of this article), are we genetically predisposed to such unfounded behaviour? The thought of space agencies sticking to superstitions makes it seem like they are run by the aunties next door, who incessantly suggest which stones are suitable for which character flaw or flavour of success.

It’s no secret that we humans are an irrational lot, but to think that it pervades the institutions dedicated to rational thinking of the highest order! Baffling!

The very reason for the existence of Science is our need to predict the future and control the outcome to the best of our ability. Of course, in the process we also perform experiments and posit theories for explanation, but the central condition, is the reliability of results. If nothing else, the worst case scenario is that we learn what doesn’t hold. Yet what most people don’t realize, is that even in the best case scenario, there is always a margin of error. Even if it is inconceivably small, error (or think of it as uncertainty) must always exist. Science is not an exact science.

In a way, the whole system of Science is a very accurate (and precise) superstition, and all theories and explanations are just logically convincing sells. Yet, in another way, superstition is a weak science (with mostly illogical sells). All that matters from any perspective, is that there are results. If believing a superstition and following its rituals increases the odds of success, that’s good enough reason to continue! Much like the argument behind Pascal’s Wager, better safe than sorry!

So without further ado, we present to you, a range of tried and tested superstitions employed by successful space agencies from across the globe!

If you’re a long time reader of this magazine, we’re assuming that you’re decently knowledgeable and that you’ve probably heard of Yuri Gagarin, the first human to reach space. On 12 April, 1961, on the way to the launch site, he finally felt the magnitude of the feat he was about to set out to accomplish. Like any nervous person, he got an insurmountable urge to urinate. Unable to hold it in, he asked the bus to stop, unzipped his space suit and relieved himself on the tyre of the bus. Lo and behold, his mission was a success, and future Russian cosmonauts took this critical detail of the proceedings to heart, replicating it without fail.

Space Superstition No. 1! If you’re a spacebound Russian male taking off from the Baikonur Cosmodrome in Kazakhstan, take a leak on the right-side back tyre of the bus that takes you to the launchpad! (Ladies bring their urine in vials, in case you were wondering.)

Gagarin’s was the first successful launch, and the aim being to increase the odds of success, any deviation from that process would be risking failure. It’s no wonder Yuri Gagarin’s actions became a template for many rituals of present day procedures. Strapped in and with nothing to do just before launch, he asked mission control to play him some music. They obliged with a collection of Russian love songs. Today they oblige with a wider variety, after ceremoniously playing the original songs played to Gagarin. 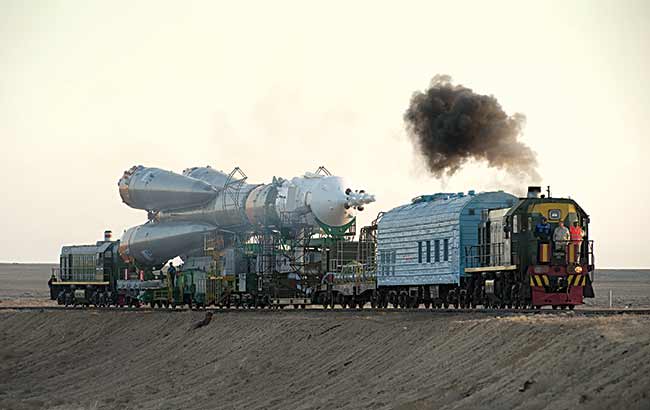 A sight no cosmonaut ever gets to see.

Another Russian space superstition relating to (but not inspired by) Yuri Gagarin is the tradition of signing in the guestbook of Gagarin’s office in Zvyozdniy Gorodok. Since his passing, Gagarin’s office has been maintained to resemble its state as it was while he walked the earth. Some time between training and take-off, soon-to-be space goers make it a point to visit this office, which is an important part of the space travel heritage of humankind. Gagarin’s guestbook contains the signatures of all of the hundreds of cosmonauts who have travelled to space from the Baikonur Cosmodrome. Also, none of these cosmonauts have seen their rocket ship being towed to the launch site, because they are superstitiously forbidden to do so. Instead, they have to go for a haircut.

Signatures have come to be the conventional representative mark of any individual, and people who have an increased probability of not existing in the near future often feel better by making their mark while they can. The crew of a space flight do this by recording their signature on a number of places other than Gagarin’s guestbook, beginning with the official signing off of the spaceship itself. Every crew member also signs a wall in the museum at Baikonur, after the customary signing of the bedroom door that signifies their last night on Earth. After successful reentry and recovery, astronauts sometimes also sign the charred outer shell of their space capsule.

Baikonur is the first and largest operational space launch facility in the world, having been the launch site of many successful missions (and a few major mishaps) over more than 50 years. There is a boulevard at Baikonur called the Avenue of Heroes, where a tree is poignantly planted for every launch that takes place. Even without delving in superstitions, this boulevard can be considered sacred. The trees represent every mission and its members, a living legacy of those who returned, and a memorial for those who did not. Speaking of the dead, you must be dreaming if you ever hear of a Russian space mission launching on the 24th of October. This fated date marks two terrible tragedies, pre-launch disasters that claimed the lives of more than a hundred people in 1960 and 1963. Since then, October 24 is stay-on-earth day. The launch crew also has a tradition of writing a woman’s name in the frosting that forms on the supercooled pipes during fueling. Someone skipped this once, 47 people died. Needless to say, it is a permanent ritual since then. 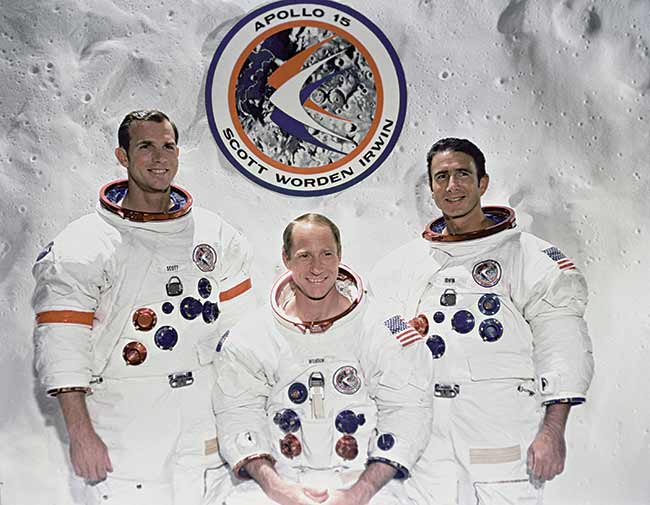 Guess who lost the poker game?

On a lighter note, a superstition on the theatrical level of Space Superstition No.1 - On the night before launch, the cosmonauts watch a movie. And not just any movie, they watch The White Sun of the Desert, a classic Russian twist on a Western film. On every launch, the crew even take a talisman with them, which, more often than not, is a stuffed animal toy! This one is halfway between superstition and science. The inanimate critter tied to the console serves as the mascot of the mission, but also performs the serious role of giving the crew a visual confirmation of having successfully left Earth, by floating. How cool are the rituals of spacebound Russians!

The only other nation that has been at it long enough to have dedicated space superstitions is the United States of America. If an astronaut does decide to have breakfast before the launch, you can bet it’s going to be scrambled eggs and steak! This was the iconic last earth-breakfast devoured by the first Americans in space - Alan Shepard and John Glenn. However, in today’s age of press conferences, the pre-launch breakfast is a more official affair. Another tradition permeating the pre-launch breakfast at NASA is that the crew is presented with a cake portraying the mission emblem. The tradition itself though, is that no one eats the cake. Perhaps deforming the emblem would be an ill omen, or perhaps no one was hungry the first time it was officially served. We’ll never know.

NASA’s Jet Propulsion Laboratory launched the Ranger mission in the 1960s, spaceflights intended to fly around and take photographs of the moon. However, the Ranger mission soon turned into a series of missions as all of the first six launches were unsuccessful. On the seventh try they got lucky, or perhaps they didn’t get unlucky. Either way, the thing that was most noticeably different the seventh time was that someone had got a jar of peanuts to the control room and shared it around. Since then, mystical powers of sending Americans successfully to space have been attributed to peanuts in the control room.
While the Russian cosmonauts hydrate their bus tyres, their astronaut counterparts do their own thing en route to the launch pad. In this superstitious ritual, the crew plays poker and the cards continue to be dealt until the commander loses. Only then can the launch proceed.

On the Earth-ridden side, ever since STS-1, the director of the Launch Control Centre treats his co-workers to a meal of beans and cornbread after a successful launch, a time for celebration and bonding for the entire team.

Back home in our industrious nation, the act of faith chosen by our scientists is limited to seeking blessings, limited to a particular God in a particular temple. Various news agencies have reported that the scientists of ISRO enhance their odds by praying to Lord Balaji at Tirupati, often along with a miniature model of the launch vehicle. Dr. CNR Rao, an eminent scientist, has been quoted as terming this practice “superstitious”. Yet, in the context of our entire nation, so seeped in various spiritual traditions, it hardly seems illogical! The only other remotely superstitious action was the naming of PSLV-14 directly after PSLV-12. Even if it was a decision based on imagined consequences, it is certainly a one-time deal. It is indeed great to know that ISRO concentrates where it should, on science! 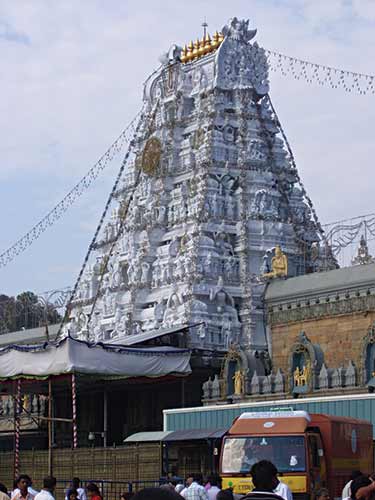 Of course, in the uncertain and risky business of fighting gravity and sending people to space, it’s no surprise that superstitions arise. The infinitely many variables and the complexity of their relationships ensures that no mortal (or group thereof) can comprehend the big picture, let alone sanely handle the pressure and responsibilities of such a launch event. If you noticed that the Russians have the more superstitions, you should also be informed that they have fewer fatalities. Maybe there is something to it after all. As long as it increases the odds, whatever the rationality, superstition is here to stay!