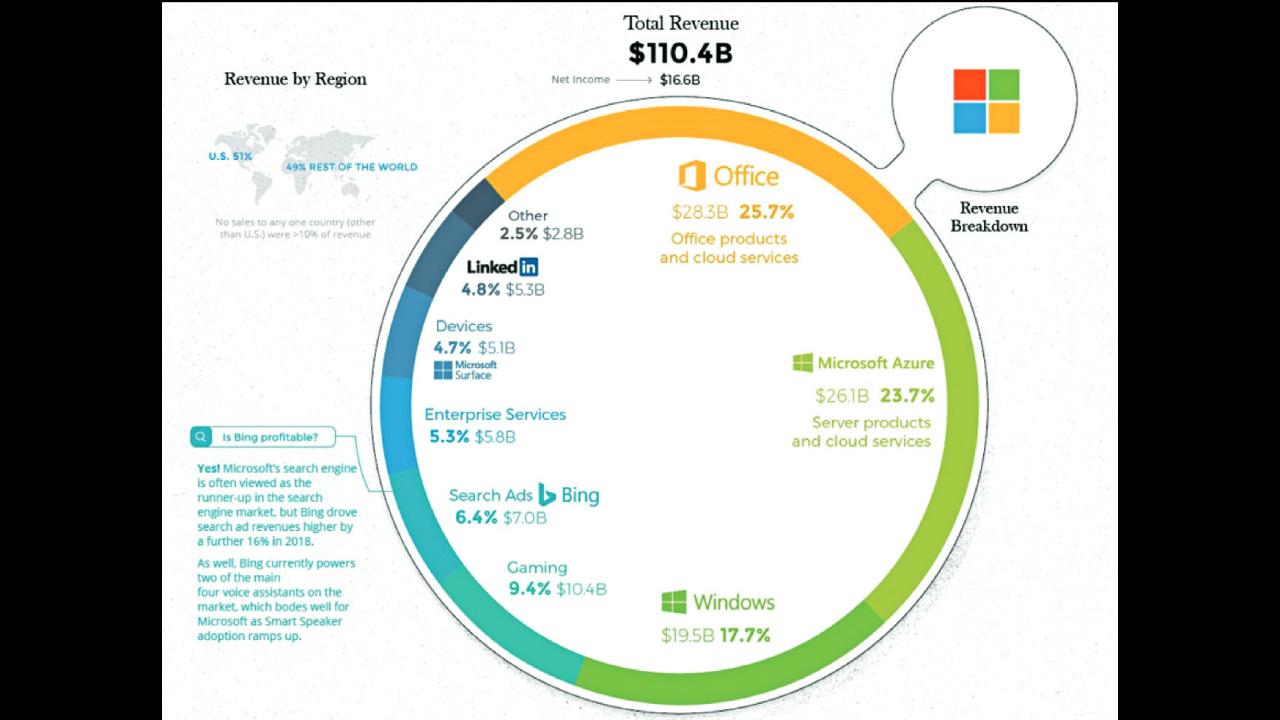 How do the tech giants make billions?

A popular Silicon Valley proverb goes along the lines of “if you’re not paying for it, you’re the product”. This statement certainly rings true in the light of various privacy concerns and data scandals running rampant as big data becomes more and more prolific. It has revolutionised marketing and advertising, making ‘us’, the consumers the commodity. Aiding and abetting this commodification of customers, are the massive tech companies or ‘giants’, many of who record ads as their biggest area of financial income.

Within the gargantuan technology sector, the ones wielding the maximum power are the Big Five. This is a term used to describe the five most influential and biggest companies or ‘giants’ in the world of technology including Apple, Amazon, Alphabet, Facebook and Microsoft. These five companies are collectively worth more than the economies of a few countries such as Saudi Arabia! So, you’re bound to be curious about how exactly these tech giants make their billions. Is it through their products? Or, is it through the commodification of their customers/users?

Let’s start with the big guns, the phenomenon that is Apple. There’s no denying that Apple iPhones can single-handedly compete with ALL the hundreds, if not thousands, of Android smartphones out there. Loyal customers praise Apple devices for their build quality, smooth UI and the powerhouse that are their SoCs. So, it would be fairly easy to surmise that Apple makes most of its money from its products.

The world’s very first trillion-dollar company, Apple made a whopping 265 billion dollars in revenue in 2018, according to Visual Capitalist. About 62.8 per cent of this revenue came from… you guessed it, iPhone sales alone. That’s staggering to think about. Mac computers accounted for 9.6 per cent of sales while iPads brought in 7.1 per cent. Keeping these products aside, the remainder of Apple’s revenue in 2018 (20.6 per cent) came from all other Apple products and services together, including the Apple TV, Apple Watch, Beats headphones, Apple Pay, and Apple Care. Ad revenue, on the other hand, through its various services makes up a paltry $2 billion of their annual revenue.

Amazon, the world’s largest online retailer, has seen massive growth over the past decade under founder and CEO, Jeff Bezos. In fact, the company catapulted the man to an absurd amount of riches, since he still owns a pretty sizeable chunk of the company, and he ended up taking Bill Gates’ place as the world’s richest man. His brainchild, Amazon, makes money through a myriad number of ways. However, about 52.8 per cent of the company’s $232.9 billion revenue in 2018 came from Amazon’s online stores. Aside from the obvious revenue stream, 18.4 per cent came from third-party sellers, 11 per cent from Amazon Web Services (AWS), their on-demand cloud computing platform provider, and around 6 per cent was derived from Amazon subscription services such as Amazon Prime. Surprisingly, Amazon’s fastest-growing segment is an offline one! The Amazon brick and mortar stores brought in 7.4 per cent of their 2018 revenue and the sales jumped almost 200 per cent from 2017 to 2018. The company also made 4 per cent revenue from other sources, primarily ads.

Microsoft, the creation of the erstwhile richest man in the world, Bill Gates, makes its money through diverse sources. More so than any of the other Big Five companies. Out of the total revenue of $110.4 billion in 2018, the three most sizeable income sources include Office, Azure and Windows. Office products and other cloud services offered by Microsoft raked in 25.7 per cent of the income, Microsoft Azure, with its server products and cloud services, brought in 23.7 per cent, while 17.7 per cent came from Windows. Other sources of income included Gaming (9.4%), Search ads through Bing (6.4%), Enterprise services (5.3%), Devices such as laptops (4.7%), Linkedin (4.8%) and miscellaneous sources (2.5%). Phew, that was a mouthful. Goes to show that the company has its tentacles everywhere.

Now, coming to Alphabet and Facebook, their revenue models tell a different story. A massive percentage of Alphabet’s 136.8 billion dollar revenue and Facebook’s 55.8 billion dollar revenue in the year 2018 came from advertising, as per Visual Capitalist. In the case of Alphabet, a massive 85 per cent of revenue was generated through advertising revenue. Other Google products and services including Google Play and the Pixel devices account for about 14.5 per cent of the total revenue while approximately 0.5 per cent of the revenue comes from Alphabet’s new endeavours, which they are developing in hopes of one day creating the next Google.
On the other hand, Facebook generates an absurd 98.5 per cent of its total revenue through ads! It basically thrives on Big Data. A meagre 1.5 per cent of the revenue comes from some payments and other fees. Facebook has exploited the ad revenue model extremely well. It is a free service, however, it still manages to rake in more revenue per user than Netflix!

What model do you prefer?

The Big Five definitely have varied ways of generating their billions. While some market their products to you, some make you the product. Mass commodification of users is rampant and we may very well see the other three companies who make money of their own products invest heavily in ad-revenue streams in the future due to its success. Or, we may find a new Amazon or Alphabet down the road. Either way, privacy concerns are burgeoning due to the misuse of our data. Tell us, which companies’ revenue-generating schemes do you prefer? Also, answer this question – would you prefer to live in a world without Facebook and Google, or one without Microsoft, Apple and Amazon? Are your answers to both questions the same?