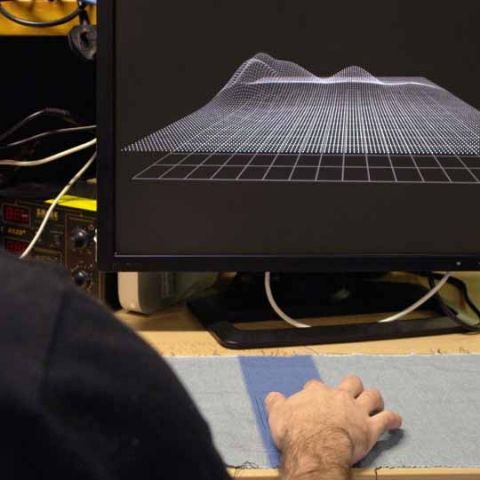 Forget smart watches and augmented reality glasses, the clothes that you wear are the wearables of the future

The world of fashion knows what we want to wear, often even before we do. Be it the trending hemlines or the latest accessories, designers around the world predict and often create the future when it comes to clothing preferences. And of late, one thing that has been picked up by a lot of such visionary designers is smart fabrics. The connotation ‘smart’ here isn’t just the same as it would be for a smartwatch or a smartTV, but also something more that has been around for a while, especially in the world of sports. But in both cases, they are turning the old adage of ‘you are what you wear’ on its head.

For most of history, clothing has been a means of preserving one’s modesty and hygiene along with projecting one’s individuality. But in recent times, that has been changing drastically. Fabric has been developed in the last decade that is specifically engineered to enhance the performance of athletes due to various traits of such fabrics. Some of these traits are achieved quite easily. Take seamless garments as an example. Something that we take for granted, the simple modification of removing seams from sportswear makes them much more adaptable to the physique of athletes.

Taking this a step further, a number of sportswear brands use special blends for their fabric which grants them additional capabilities. Luon from Lululemon is used in their range of trousers and sportswear as the special yarn used in it creates capillary action that draws sweat away from the body. There are multiple other brands that are doing this too. Along with this, compression clothing is also used by a lot of athletes to prevent muscle fatigue and improve blood circulation while reducing muscle recovery time.

The next level in performance enhancement fabrics has been created by BioLogic,  a group of researchers from the Tangible Media Group within the MIT media lab by combining biomaterials research with textile design. Instead of using traditional electronics, BioLogic is growing actuators that are alive and responsive bio skin. They do this by harnessing a biological property in a particular species of ancient bacteria, Bacillus subtilis natto. The cells of this species expand and contract on the basis of atmospheric moisture, making them a key ingredient in creating a breathable fabric. These cells are harvested in the lab and assembled with a micron resolution bio-printing system to create a second skin-like fabric. This fabric reacts to body temperature to open up flaps around various heat zones allowing sweat to evaporate. 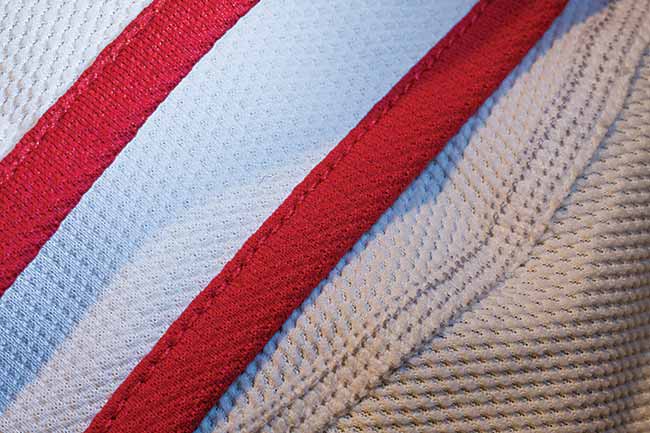 A close up of a moisture wicking fabric showing the pores for capillary action.

In 2014, Ralph Lauren debuted the tennis collection in the US Open Tennis Championships to be worn by ball boys and girls. The t-shirt could monitor breathing, heart rate and stress. Similar designs and innovations have been seen across the fashion world with one thing in common - the innovation is right down to the yarn level.

Interestingly, conductive yarn has been around for more than a 1000 years. Gold-wrapped threads have been used by artisans for embroidery and fabric construction for a long time. Currently, this skill has been identified as the perfect way to create an electronic canvas in the fabric, removing the need for wires to be embroidered into the fabric. A shining implementation of this is Google ATAP’s Project Jacquard which uses conductive yarn. Innovating on the basic process of yarn creation, making Jacquard yarn involves using conductive metal alloys along with traditional thread yarns like cotton, silk or polyester. This makes the yarn strong enough to be woven on any industrial loom. In fact, this is the theoretical principle using which many fashion companies are trying to implement smart fabrics.

Simply being able to conduct electricity wouldn’t make clothing, or anything else, smart. Conductors and circuits no larger than a shirt button can be used to harness the connectivity provided by these smart fabrics. These devices in turn can sense a number of inputs, including touch, temperature, vibrations etc. Using wireless transmission, these interactions can be connected to external devices, with the most suitable candidate being smartphones, due to their constant use. 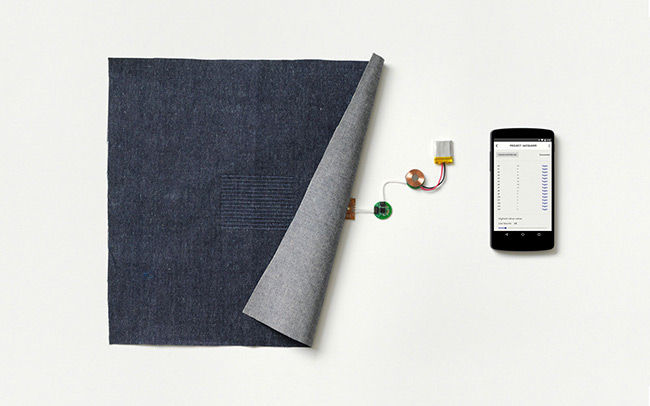 Now, when it comes to the components involved in the circuit, there are actually quite a few options. Embedded electronics have been miniature in size for a long while and integrated circuits are increasing density while reducing size every year. In all of this, perhaps the most significant example of a device created for the purpose of smart clothing is the Arduino Lilypad.

The Arduino open source platform is very popular for the purpose of prototyping. One of its speciality boards, the Lilypad, is meant for implementation in smart fabric and wearable projects. It consists of several components depending on the particular Lilypad model that you chose. There is a USB specific model as well as a Simple model. With a flash memory of 16KB and processing clock speed of 8MHz, it can be configured for specific use cases using its 14 digital I/O pins. It can be programmed using the Arduino Software (IDE).

As for implementations, Google’s Jacquard project has been implemented in partnership with Levi’s in the form of the Levi’s Commuter Trucker jacket, which is essentially meant to help you navigate your mobile screen while navigating your city streets on a bike. The connectivity allows you to perform simple gestures using swipes and taps over a tag embedded into the garment, which in turn seamlessly connects to your smartphone placed in the jacket’s pocket. 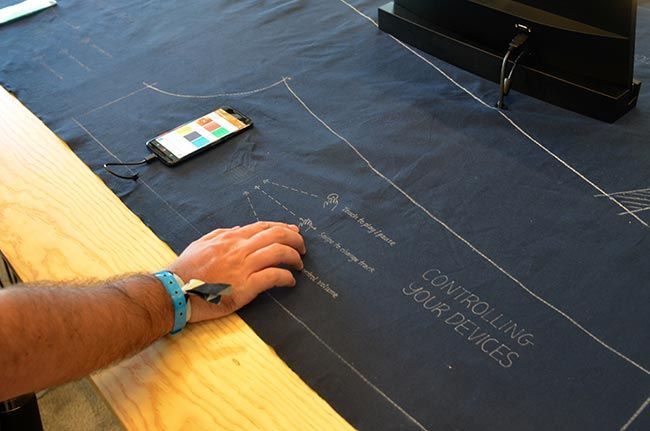 Beyond performance enhancements and smart-connectivity, there exist quite a few growing uses of smart fabrics. These incorporate smart features that deal with more intrinsic and traditional uses of clothing. One such primary use is keeping us warm, and smart clothing manufacturers have taken that up as well. Australian Wool Innovators, a garment company from down south has its eyes set on creating socks that keep your toes at a specific temperature, using a power source and a conductive fabric used in the socks.

Another common problem that smart fabrics aim to solve is odour. This is mainly being done by treating the fabric with certain chemicals or elements, with silver being in the forefront. According to experts, treating the garment with silver takes care of the odour permanently. And microencapsulation is opening up a huge number of possibilities like including aloe vera, vitamins or insect repellents into the fabric. This could be very useful for medical purposes, by including healing agents as well.

Be it in the pursuit of technical objectives, or a reaction to various assault cases across the country, students in India are coming up with novel ways of giving people ways to protect themselves via their clothing. A few students from Chennai’s SRM university got together to develop an anti-rape underwear, which essentially looks like a nightgown but is capable of giving an assaulter a 3800kV shock at the press of a button, along with sending an alert to the police. A couple of students from NIFT have also developed an anti-molestation jacket that achieves the same purpose. A major commonality between the two projects has been the target of keeping the end result affordable for everyone.

While you cannot get your own touch sensitive biker jacket right now, especially in India, smart fabrics have been around in certain forms and are being innovated upon everyday. Market predictions say that smart clothing will overtake the demand for other wearables quite soon. With this significant demand it is undoubtedly going to be an exciting field with things like the Jacquard yarn soon becoming commonplace. While ethical and security concerns will still remain, there is no denying that being in fashion is soon going to be a smart choice!