AMD’s Zen2 launch had a lot to offer aside from the processors themselves. The new X570 platform was designed with PCIe 4.0 standard which made the PCH run a little hotter compared to the older X370 and X470 platforms. Moreover, the new processors were also drawing a lot of power from the board during peak loads and even more so when overclocked. As a result, the entire lineup of X570 boards draw a lot more power than similarly configured X470 boards. The PCH wasn’t the only culprit but a lot of the design decisions across the board contributed to this rise in power consumption. So if you were to plug in a flagship Ryzen processor, you had to have enough headroom in the VRM so that the processor boost could work as designed and if you ever wanted to overclock, then you’d be able to do the same as well. Throw in the ongoing debate around using doublers vs true phases, and you have quite a lot of action happening in the motherboard space. Here are the most impressive boards we’ve had the pleasure of testing this year. 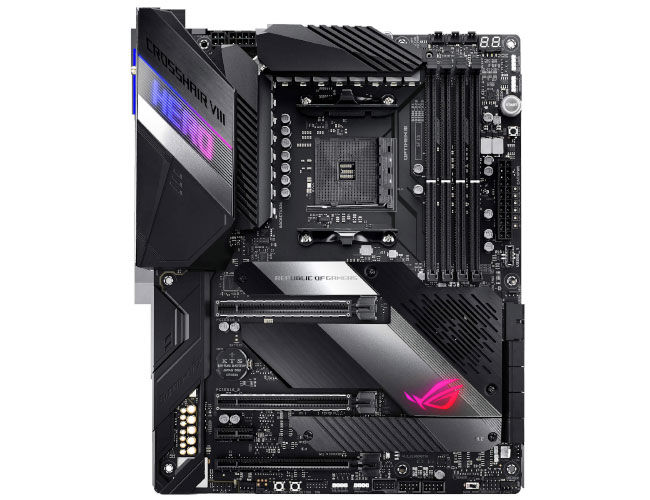 The ASUS ROG Crosshair VIII Hero has a 14+2 phase VRM design that makes use of IR3555 60A power stages with two of them being used for each phase. They’re all controlled by an IR35201. ASUS opts for not using doublers on their motherboards in order to improve transient response. For the memory VRM, it uses a Digi+ ASP1103. This configuration helps the ASUS Crosshair VIII Hero provide enough power for even the nastiest overclocks possible on a Ryzen 9 3950X. For networking, the board comes with a 1G Intel NIC, 2.5G Realtek NIC and AX200 Wi-Fi. With our 3900X, the overall system power consumption was also lower than all the other X570 motherboards we’ve seen. This higher power efficiency was one of the key contributors towards it winning this year’s Zero1 Awards. 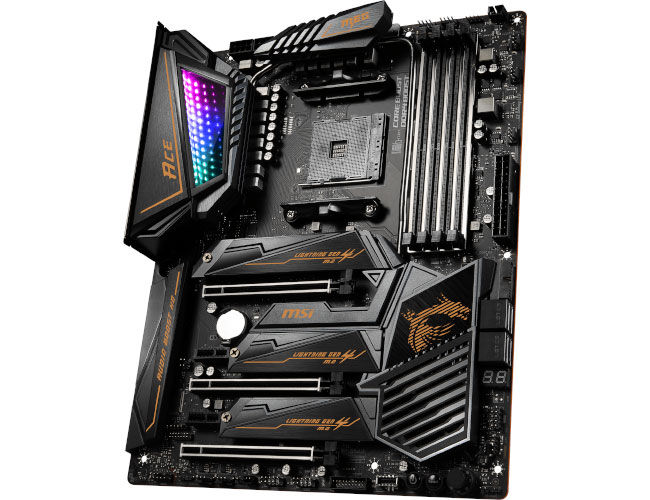 The MSI MEG X570 ACE uses a 12+2 phase VRM configuration using IR3555 60A power stages per phase in conjunction with a IR3599 doublers per phase. The VRM controller is the same IR35201 that’s used on the ASUS Crosshair VIII Hero motherboard. For the memory VRM, the board uses a Richtek RT8125 PWM controller. This particular configuration has fewer power phases than the ASUS board but from the perspective of power delivery, it too has enough capacity to drive an overclocked Ryzen 9 3950X. The difference we noticed was with the overall board power which was about 8-9 watts higher than ASUS board. The MSI MEG X570 Ace is a great motherboard but consumes a teensy bit more power than the Crosshair VIII Hero. On the networking side, the board features a 1G NIC, 2.5G NIC and AX200 Wi-Fi 6 controller which is exactly what the ASUS board also has. 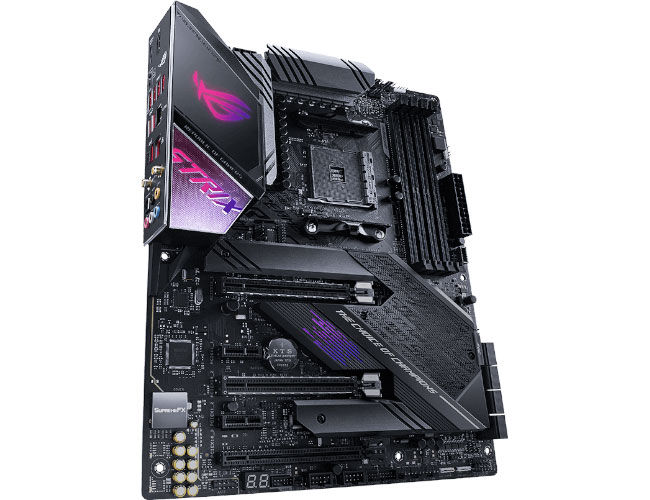 The X570 motherboard lineup is a little on the expensive side compared to the older X470 boards and the ROG Strix X570-E Gaming is towards the higher side but has fewer features than the Crosshair or the MEG. It has a good VRM design that’s a step down from the Crosshair but the price difference scales proportionally as well. The key difference is the kind of rapid BIOS iterations and granularity of configuration options that’s available. Even the networking configuration is the same, so for about 5K less, you’re getting a pretty feature-laden motherboard that ticks all the boxes for the enthusiast PC builder. Now, if you were an overclocker, you’ll be better off with the Crosshair VIII.