Website performance is critical to user experience, here is why 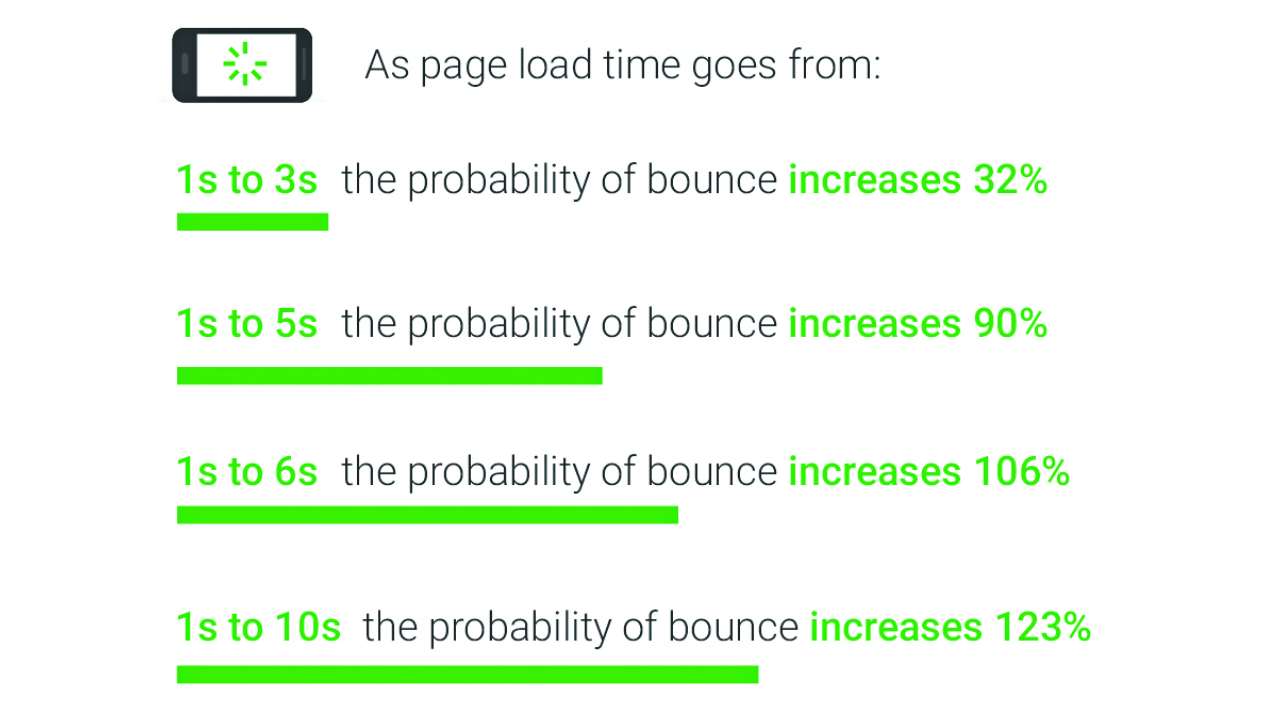 The attention span of users has become so low, that there are considerable resources deployed by websites around the world towards a single end goal – that of improving page load times. It was back in 2010 itself that Google started incorporating page load times into their ranking algorithms. Google found that users spent more time browsing the websites that loaded faster, and this was beneficial to the provider as well, as it ended up reducing operating costs.

In 2014, smartphones took over PCs as the primary sources of all global internet traffic. The smartphone users had even shorter attention spans than the PC users. For the web developers the problem was aggravated because of the range of conditions under which consumers expected to experience the internet, especially those browsing it through spotty 2G connections. In 2017, Google started tracking page load sites on smartphones closely, and started releasing the data to the public. Google analytics showed that if a page takes longer than 3 seconds to load, 53 percent of mobile users will simply leave the site. Google studied a number of pages across sectors, and found that automotive, retail and technology sectors were the slowest to load. Since 2017, page load times on smartphones had decreased by 7 seconds on average, but it was still 15 seconds, which was disastrous considering over half the users simply bounced after 3 seconds. Google has recommended a number of best practices for loading web pages. While lower is better, the entire page has to load on smartphones within 3 seconds, with the first byte loading within 1.3 seconds. The page should have less than 50 pieces of content (images, scripts etc) with a total size that is less than 500 KB.

One of the biggest problems that cause an increased page load time is images. User generated images, especially those clicked on mobile phones, may not be optimised for the web. If there are no compression technologies baked into the upload mechanism, it could seriously compromise how quickly the page loads. The Google study showed that simply compressing the text and images on a website could allow 25 percent of websites to compress their content by over 250 KB, and 10 percent of websites by over 1 MB. The next biggest problem is all the different ways in which Javascript is used. Optimising these scripts can help significantly reduce page load times. One of the best tricks available to websites, one that is particularly used by streaming services, is that of content delivery networks. These are third parties that host the content closer to the consumer, allowing them to serve what is requested quicker.

Amazon is actually one of the biggest success stories when it comes to user experience. This is because their focus is on speed and ease of navigation, not exactly the aesthetics of the presentation. Users of all ages intuitively know where to go, and how to shop. A study by Amazon showed that every 100 milliseconds of increased load time, leads to a 1 percent decrease in revenue, which translates to a loss of about $1.6 billion a year. According to a study by Microsoft, a 2 second delay in page load time to a business website, resulted in a 4.3 percent loss in revenue per visitor. An Aberdeen study showed that a 100 millisecond delay affects conversion rates by 7 percent. For a site that makes $100,000 every day, that translates to a $2.5 million yearly loss. A study by Gomez showed that an average shopper expects the page to load in two seconds or less. According to a study by Akamai, a two second delay increases bounce rate by 103 percent. The data also showed that mobile users were the most impatient, while tablet users were the most patient. Ash Kulkarni, senior vice president and general manager, Web Experience Division at Akamai explains, “Customers have extremely short attention spans, and degradations in website performance – no matter how small – can cause consumers to go elsewhere in an instant.”

Xiaomi Mi 11 Lite 4G likely to launch in India very soon
Microsoft Windows 11 Public Beta is now available to install
Steve Job's 1973 job application is auctioned off for a staggering $343,000
WhatsApp will soon allow users to move chats from iOS to Android: Report
Amazon Prime Day Sale 2021: 5 easy tips on how to get the best deals and discounts
Advertisements