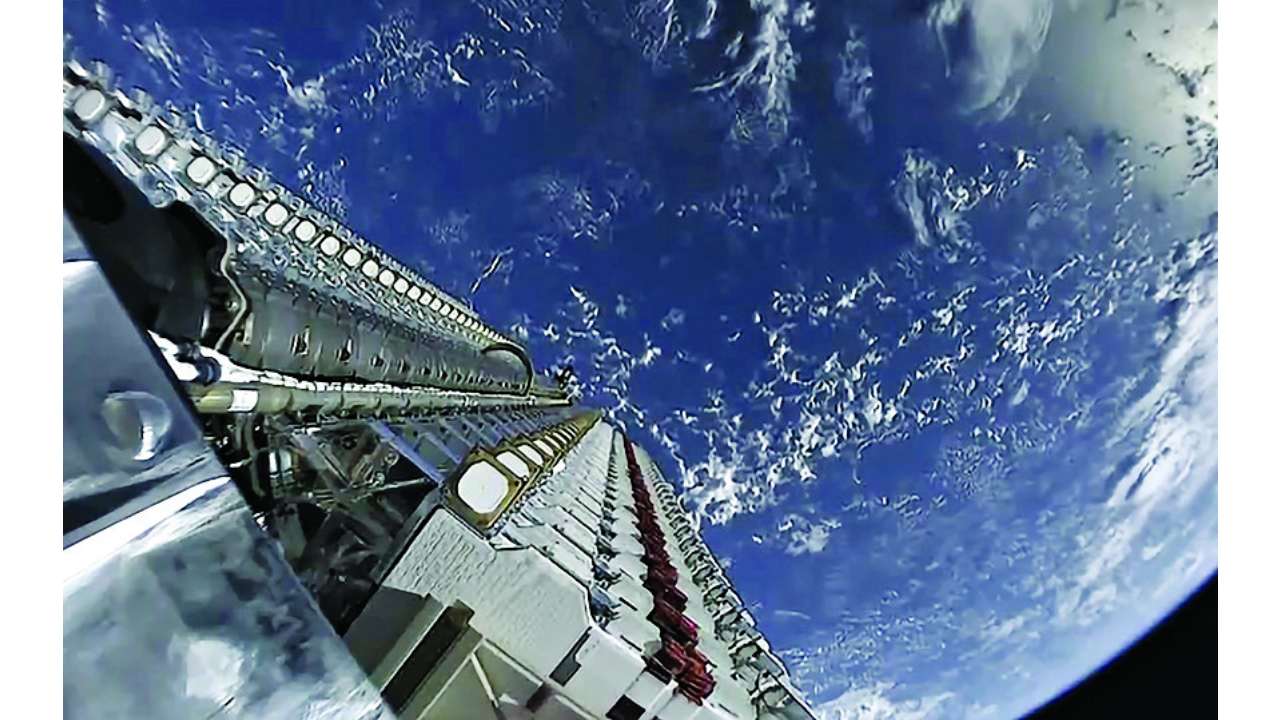 Exploring the idea of a satellite internet

Satellite internet uses the same service delivery model as satellite television, and is typically used to serve remote locations. In the mid nineties, ViaSat and Echostar started delivering data services, which were mostly used by airlines and ships. Satellite internet is also used for military applications. Now, around the world, consumers have the expensive option of satellite internet, which is perhaps why it is not well-known or widely adopted. Satellite internet services currently suffer from the one major pain in the neck for satellite television subscribers as well – disruption of connectivity during bad weather. Additionally, the distance that each packet has to travel has increased, which means that the ping and latency is always high. Most providers also enforce a daily usage limit, beyond which the connection is throttled or simply cut off. Additionally, maintenance and service of the equipment is difficult for remote locations.

However, there are some future-looking companies that are building up massive constellations of broadband internet satellites. They are actually competing with each other, in what is now considered a race. This can only mean that there will be a pressure for better services and lower costs, both of which are beneficial to the end users. Each of these constellations would require a decade of multi satellite rocket deployments, from launch service providers around the world. After that, there would need to be a more or less continuous process of launches to maintain the fleets, or increase capacities. These ambitious projects include Starlink by SpaceX, Project Kuiper by Amazon, and OneWeb which is backed by Airbus.

Starlink is perhaps the most ambitious of all these projects, which is understandable, because Elon Musk. The satellites are tiny, similar to the CubeSat standard, and mass produced. They communicate with each other using lasers, the specifics of the technology remaining confidential. In 2016, Starlink got approval from the FCC for deploying 4,425 satellites at altitudes ranging from 1,110 kilometers to 1,325 kilometers. In 2018, Starlink received approval for deploying an additional 7,518 satellites at altitudes ranging from 335 to 346 kilometers. Later, a request for deployment in a third orbital layer, of 550 kilometer altitude was also approved. While 90 percent of the fleet is reserved for backhaul networks, 10 percent is intended for direct use by consumers. Starlink started deploying the satellites in 2019. So far, SpaceX has launched 5 Falcon 9 missions, each with 60 satellites on board. Most of the satellites are deployed in the 500 kilometer orbit. There are at least 9 expected Starlink launches in 2019. OneWeb, is a constellation with a planned initial deployment of 650 satellites. All of these satellites are in a single orbital shell, with an altitude of 1,200 kilometers. There are some plans to augment the fleet with 1,972 additional satellites in the future. OneWeb has also begun deploying its constellation, with the initial launch in 2019. OneWeb has been using the Soyuz launch vehicle for deployment, from the Kourou and Baikonur launch facilities. Project Kuiper is at the most nascent stage, and will involve a launch of 3,236 satellites, in 98 orbital planes, in 3 shells, at altitudes of 590, 610 and 630 kilometers. Amazon has indicated intentions of partnering with other companies that want to serve those communities around the world that have little or no access to broadband services.

Boeing has plans for a satellite fleet as well, but those plans are stuck in limbo. Facebook contemplated deploying a single satellite to extend internet services to Africa, through the Free Basics model of Internet.org, but then chose to lease bandwidth on board the AMOS-6 satellite. During a systems test in 2016, the satellite exploded along with the Falcon 9 rocket at the launch pad in Cape Canaveral, two days before deployment.

Satellite internet is already available in India, and is typically used for military, scientific and business users, and not regular consumers. This is because of the high cost. The providers are TS2, Businesscom, Quantis, Nelco, and even Starlink and OneWeb. The typical price is upwards of `7,500 for a 500 kbps line.