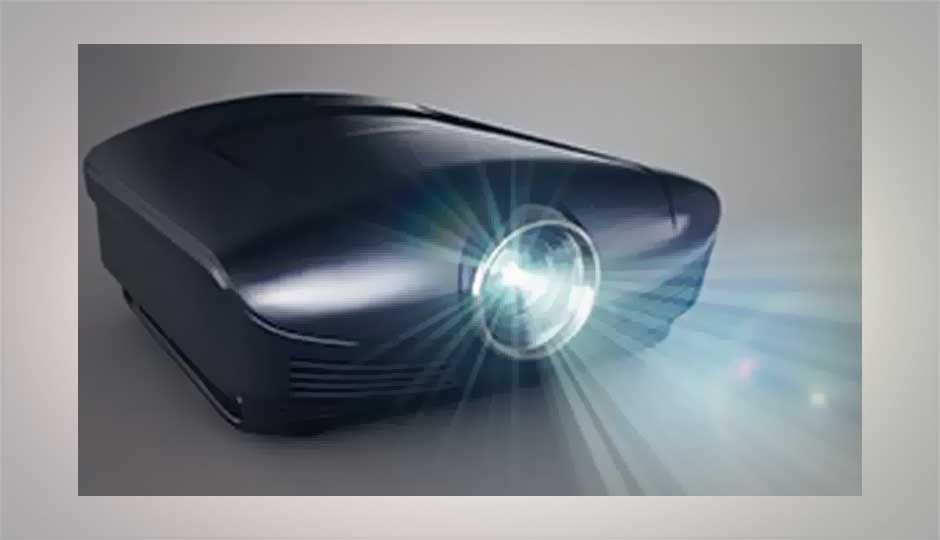 Mention projectors and often the first mental image most of us picture is that of a beam of light emerging from the back of a cinema hall and illuminating the large screen in front while enjoying the latest movie, or dull and boring slideshow presentations from countless office boardroom meetings. We seldom think of projectors as the centrepiece of our home entertainment system, always desiring to invest in a big screen HDTV instead. Perhaps the deep-seated notion that projectors are expensive and mostly for commercial use is an added deterrent.
It's time to drive that notion out of your head.
Granted that having a projector setup in a household isn’t the same as installing a large screen high-definition LCD TV, there are some clear advantages the former enjoys over the latter. With a projector, any room can be a movie room – be it the living room or guest room, wall or ceiling – and the resulting image it throws can be bigger, better and larger than your HDTV. Most HDTVs measuring over 40 inches are priced between Rs. 50,000 to Rs. 1,00,000 – so are most good home entertainment projectors. But when you’re considering to purchase a home entertainment projector – be it a replacement for your big-screen TV or your very own mini-theatre – pay attention to the following things:
Brightness and contrast are important parameters governing the quality of the final image
1) Brightness and Contrast: While buying a projector, brightness of picture is a top priority. We know that you may not be able to test this out yourself, but nothing stops you from visiting electronic stores and trying out projectors. In our experience, we’ve found 3LCD projectors to be slightly better and brighter than conventional DLP ones. But the margin is very fine. Thumb rule is to buy a brighter projector if you aren’t guaranteed a fully dark, theatre-like room at home for your movie-watching sessions.
While you should always consider buying a projector with a high native contrast ratio, most projectors tout dynamic contrast ratios (taking into account technologies and features that add on to the native contrast ratio) which are very difficult to ascertain by you. It happens in real-time where the projector adjusts the light output at any given frame of image. But always remember that projectors with a high dynamic contrast ratio may not perform as well as a projector with a high native contrast ratio.
Ultra short throw projectors can be a few inches away from the screen and project a really wide image
2) Throw Distance: This matters a lot in urban homes that have space constraints. Consider buying a short throw or ultra short throw projector if you don’t have large rooms, or don’t want the distance between the projector and the screen to be more than a metre, so it doesn’t block space unnecessarily. Ultra short throw projectors are capable of sitting a few inches from a wall or screen and project between a 40 to 60-inch image without a hitch, from what I’ve seen.
HD 1080p should be the norm for your home video projector
3) Resolution: We can’t stress enough on this aspect. If you are considering purchasing a home entertainment projector – for watching Blu-ray or 1080p flicks, or HD gaming on a console or PC – it should have a Full-HD resolution. End of discussion. Pumping in a full-HD movie from your laptop / media device and watching it squeezed down to fit into a 1280x800 or 1280x720 projector screen is nothing short of blasphemy. Say no to black bars!
It's true. Onboard projector sound doesn't compare to the beauty of a dedicated sound system.
4) Audio: Most, if not all, self-respecting home entertainment projectors will come with onboard speakers. But these speakers are great as a contingency option, don’t look at them as the primary audio outlet to your movie-watching needs. Try as hard as they may, onboard projector speakers are just not very good – they’re alright if you want to watch a news broadcast. It’s the same as expecting laptops to have great audio output – they just don’t, despite however hard they try. They can never compete with a good 2.1 speaker set or a proper 5.1 audio setup. So do yourself and those ears a favour and invest in a good pair of speakers (at the very least) to go along with that spiffy new home entertainment projector you’re thinking of buying.
To avoid seeing a blurry 3D image or inducing a headache, always wear recommended 3D glasses
5) 3D: There's an unmistakable trend that 3D (by that we mean its quality and viewing experience) is slowly coming off age not only in cinema halls and TVs but also in projectors. We’d still advise that you don’t buy a projector solely based on its 3D capabilities, because eye fatigue can still kick in, no matter what. However, when you purchase a 3D-capable projector, ensure you invest in the requisite 3D glasses – active shutter or passive ones, whichever are applicable in your case – and not the cheapest ones you can get. It’s after all your eyesight that’s at stake, so please take care.

Disney+ Hotstar Now Offers Hindi Audio Commentary For TATA IPL 2022
What you should know before buying a USB-C to 3.5 mm audio jack adapter for your phone
IIT Madras And Harvard Collaborate To Use Tech To Track Down Wildlife Poachers
The International Semiconductor Consortium aims to set up a $3B manufacturing unit in India
A massive Coca-Cola data breach by Pro-Russian hackers is reportedly under investigation: Here are the details
Advertisements