Beer on the moon or space worms? You’ll soon find out. 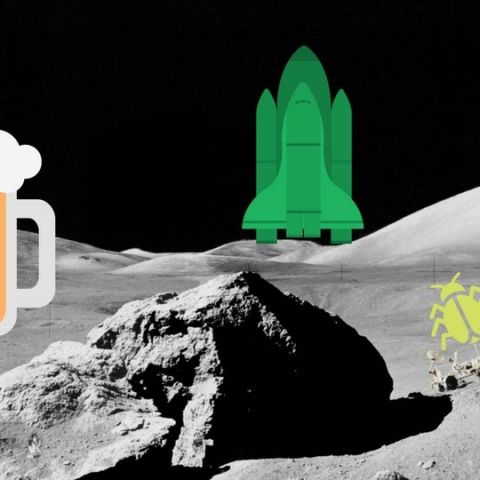 We interacted with Lab2Moon competitors ahead of the result declaration on March 15th.

In the running to win Google’s Lunar XPrize, TeamIndus is all set to become one of the first (and the only Indian) private space startup to reach the moon. And in their mission, they have undertaken a lot of interesting sub-initiatives. For example, you can get your name inscribed for as little as Rs. 500/- on a small aluminium object that will be taken to the moon as part of this mission. Romantic gestures apart, another initiative is Lab2Moon, a global challenge for students under 25 years of age to imagine, design and build a project that will be taken to the moon as well.

25 ideas were shortlisted among all the participants in January 2017, and among those, the winners will be announced on March 15, 2017. Some of the participants in the TeamIndus Lab2Moon competition have really interesting ideas, like studying photosynthesis on the Moon, and yet another proposes brewing beer to study yeast formation. Yes, beer on the moon - you read that right.

Moonshots
“We all appreciate the process behind brewing,” says Team Original Gravity. The team is comprised of Srivathsan Kalyan, Han Lu Ling, Neeki Ashari. “There is a chemical and biological science behind it. The beauty of brewing beer is that you can produce so many different outcomes just based on the procedure. Home brewing has become a massive hobby and culture, especially in San Diego. We decided to integrate our hobby for brewing with a scientific emphasis: understanding the viability of yeast in space.”

The shortlisted entries come from several countries including India, Peru, Italy, United States, United Kingdom, Spain and Mexico. The shortlisted teams have each been assigned mentors from TeamIndus, each of whom will work closely with the teams to ensure that the standards needed for space grade experiments are observed and maintained. The experiments have created excitement in the corporate world with a few companies expressing interest in supporting the teams in their efforts. 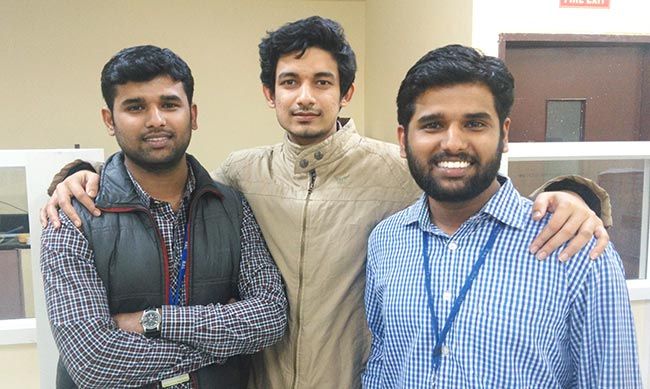 If you’re wondering whether the beer brewing experiment is the only outlandish idea, you could not be wrong. The Lunar Leap, an Indian team in the competition aims to send tardigrades to the moon. For those of you who haven’t heard of these little microscopic creatures, they are the toughest beings known to mankind and the moon will soon be their ultimate test. “Choosing tardigrades for our experiment was a natural choice.”, states the team, comprising of Keertivardhan M Joshi (24), Aditya Bujurke (24), Harshavardhan M Joshi (24). “These are arguably the toughest creatures on earth and if were to survive on the moon, we need to understand as to how these creatures protect themselves in harsh conditions. Already, many researchers have been successful in replicating genome sequence of tardigrades in human cells and have observed reduced damage when exposed to radiations.”

Jokes about moonshots and space-worms aside, these experiments, although being done by students under the age of 25, are no child’s play.

The difficulties
“Technically, we have encountered problems with gas leakage and 3D printed parts.”, says Team Luna Dome. Team members Samuel Brass (20), Nicholas Doughty (20) and Elliot Robinson (19)  have proposed an experiment designed to sustain an earth-like atmosphere in a small dome on the lunar surface for a prolonged period of time. “As we are working on a tight budget, doing a lot of our work in makeshift workspaces and with a very restricted project timeline, we are hugely limited to what we can build. That's not to say we are limited in what we hope to achieve, however. Using a clothes iron to weld Mylar sheets together in our kitchen has to be one of those moments. But using engineering intuition to overcome the issues we encounter only makes the outcome that much more satisfying.” 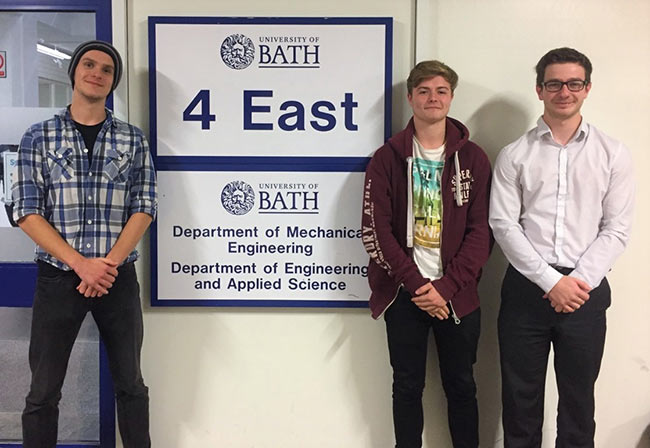 And if you think they could just get over the problems with a can of lunar-grade beer from fellow team Original Gravity, they also had their fair keg (horrible pun intended nonetheless) of problems. “The largest challenge would have to be temperature and the inability to outgas. The temperature fluctuations are not ideal for yeast (-10 to 45 C) nor for the outgassing in space.” quotes the team. “To avoid this issue, we had to calculate the ideal ratio of fluid to canister volume, such that the beer would incorporate the perfect amount of carbonation without the possibility of exploding.”

But what is important is that they overcame these challenges nonetheless and found it within their abilities to compete in Lab2Moon, with a chance of putting their experiments on the Moon, and their names in the record books of science. And their success is bound to be inspiring to fellow students and space aspirants.

Inspiration and cracking the Space question
“A lot of times it’s going to get hard to stay interested, with immense technical challenges getting in the way.” Team Luna Dome explains, “find ways to keep feeding the fire, and you will be surprised what hurdles you can overcome. In practical terms, get involved in projects at school and university that go beyond the scope of your curriculum. In many cases, this does mean doing more work, but often the benefits reaped far outweigh the effort.” 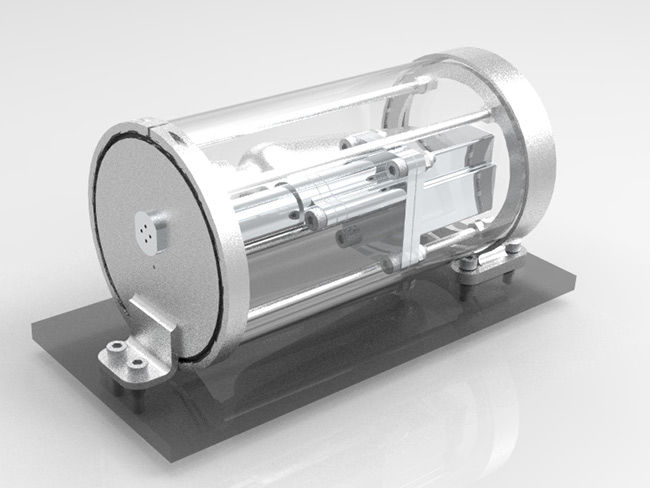 To many, space exploration might appear to be a wasted effort. To be fair, there are a lot of problems plaguing our planet that could use the share of investment and effort that is given to space research and exploration. But space has its benefits.

“Most Space explorations are carried out to understand the universe, trace back the origin of life on earth and predict the future changes in the cosmos. While these are some of the bigger objectives, space explorations also come as wonderful opportunities for the scientific community in developing technologies that are helpful for the well-being of humankind”, Team Lunar Leap elaborates, with an example, “many experiments carried out by NASA on human prostate cancer cells in space have helped in a big way in developing cancer cure methodologies. The micro gravity conditions in space slow down processes like protein synthesis, tissue formations, gene mutations etc. and help to capture them stage by stage. This has led us towards a better understanding of these processes and has catalysed research back on earth.”

Mission Mars
Frankly, we couldn’t resist asking them if the same experiments would work on Mars. Team Original Gravity said they “wouldn’t change a thing”. So beer is beer, be it the Moon or Mars.

Building a human habitat on Mars would have to be different, though, which is what Team Luna Dome thinks as well. “Unlike the moon, mars has a substantial atmosphere. It also has much stronger gravity. How would this change our design? Not much, some of the programmings would be altered to account for the different atmospheric pressures encountered. There would also have to be more environmental protection, such as dust protection.”

The team from India, Lunar Leap, also has a similar opinion. They’ve stated, “Since there are a lot of electronic circuits and water present on board our experiment module, we need to thoroughly analyse the temperature to which the module will be exposed to during travel to mars and on the Martian surface upon landing. This analysis will be very critical in providing insulations and other cooling systems if necessary.”

The Winner
An eminent international jury comprising Dr. K Kasturirangan, former chairman of Indian Space Research Organisation, Dr. Alain Bensoussan, Former President of Centre National D'Etudes Spatiales (CNES) and Former Chairman of Council, European Space Agency and Dr. Priyamvada Natarajan, Professor in the Departments of Astronomy and Physics at Yale University, have been examining the experiments in detail over the last few months and will be announcing the winner soon on March 15. But one thing is for sure, no matter who qualifies to put their experiment in the TeamIndus spacecraft, it would be a huge victory for science and aerospace research in India.