Announcing the winners of the Digit ModSquad Contest powered by AMD! 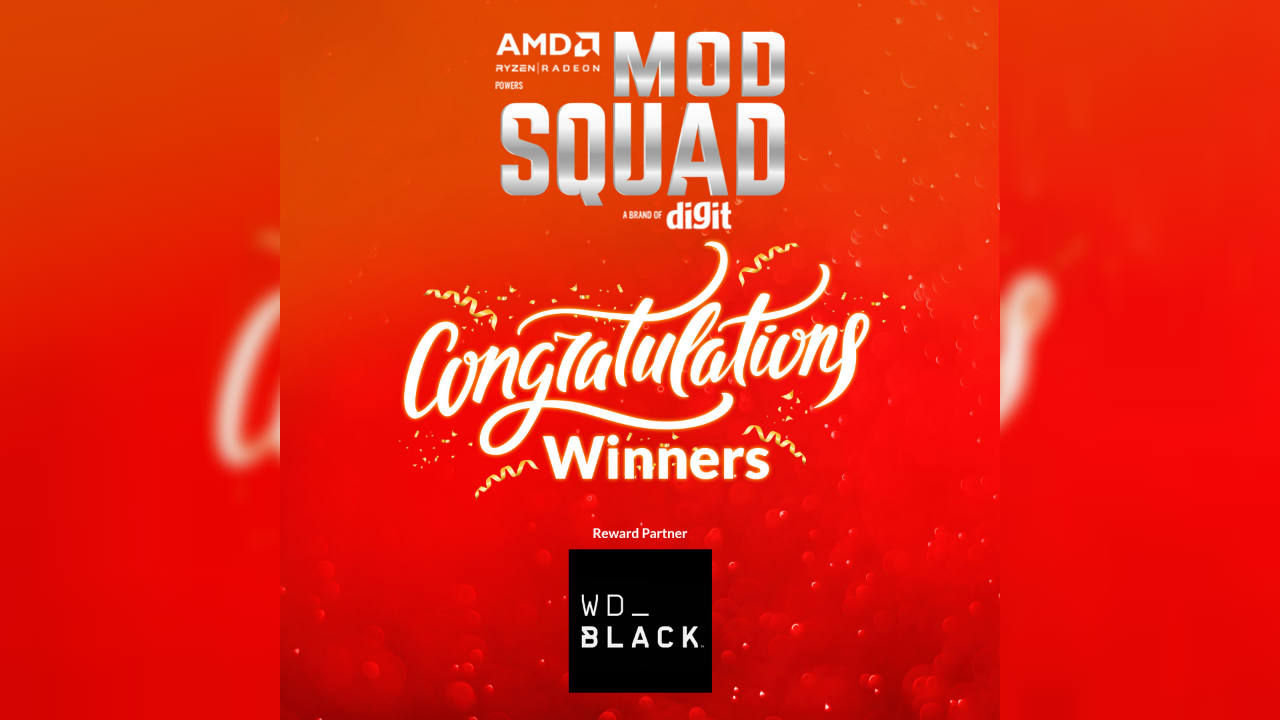 A couple of months ago, we announced the Digit ModSquad Contest powered by AMD inviting folks with AMD CPUs, APUs and graphics cards to post about their mean machines on Instagram, Facebook, and Twitter. The good folks on the Digit Edit team have spent countless days poring over all your entries and have finally arrived at the moment you've all been waiting for – the announcement of the Winners of the ModSquad Contest!

We were amazed and overwhelmed with the participation. Amazed at your enthusiasm and overwhelmed by the sheer volume of posts that we had to sift through. With more than 1000 posts consisting of over 5000 photos and videos of PC builds, it was quite the herculean task to judge the best builds. We came across hundreds of PCs built using the entire spectrum of CPUs and graphics cards available in the market, from humble quad-core APUs to monstrous 16-Core CPUs. It was a tough competition. Most of the PCs were mid-range towers as expected and a good chunk of the participants were from the budget segment and an even smaller segment was that of the high-end enthusiasts.

As we went about picking out the best builds, we had to keep several factors in mind. The way the participants decided on the components of their system, how balanced they were in terms of price-to-performance, whether cable management was properly done and if the PC was properly taken care of, were just some of the key judging criterion. You will have noticed that we didn’t mention RGB since we didn’t want fancy lighting to supersede the things that actually matter when it comes to building a PC. However, one cannot do away with RGB in this day and age, so if it was difficult to pick between two winners, we went with the PC that had a more pleasant RGB implementation of the two.

While going through the PC builds we noticed a few things that didn’t come as a surprise. A lot of folks prefer the mid-range AMD Ryzen 5 3600 and 3600X for their PC builds. For the graphics card, people prefer the mid-range GTX 1650 and 1650 Super. Peripherals such as keyboard and mice seem to be an afterthought which is a bit surprising since they do enhance your gaming experience quite a bit. We barely came across actual modifications in this contest. The same can be said for custom liquid cooling loops. There was a plexiglass build by @mosesvanlalhriata that really caught our eye and deserves a special mention.

With all that said and done, let’s get on with the winners. The following folk have rightfully earned their right to be the winners of the first-ever Digit ModSquad Contest powered by AMD.