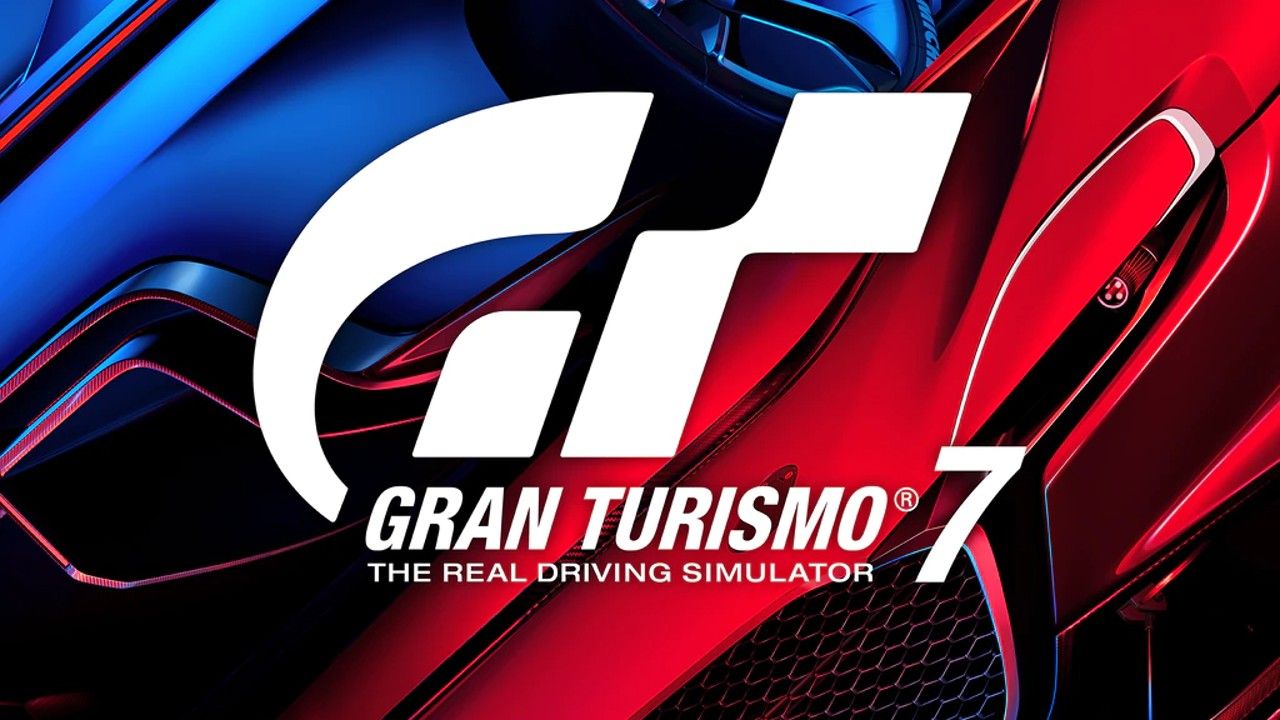 We had a chance to take a look at Gran Turismo 7 and also talk to series creator Kazunori Yamauchi about the upcoming Gran Turismo 7 on the PS4 and PS5.

While games like Horizon Forbidden West and God of War Ragnarök are highly anticipated PlayStation exclusives, there is one franchise that has been a part of PlayStation since the inception of the first console - Gran Turismo. Granted the franchise has seen its set of ups and downs over the years, but one can safely say that those interested in an immersive racing simulator are waiting with bated breath for Gran Turismo 7. Sony’s first State of Play for 2022 was dedicated entirely to Gran Turismo 7 and brings a 30-minute presentation highlighting what players can expect when the game releases for the PS4 and PS5 (review) on March 7. We had a chance to get an early look at the game and also talk to Kazunori Yamauchi, creator of the Gran Turismo series. Below are some of the things we learned during our preview and interaction with Kazunori Yamauchi.

That caption says it all. If you want to indulge in some good old-fashioned couch co-op you can do so in Gran Turismo 7. The game is bringing back couch co-op, a feature that was once the staple of multiplayer games but is now found in a handful of games. 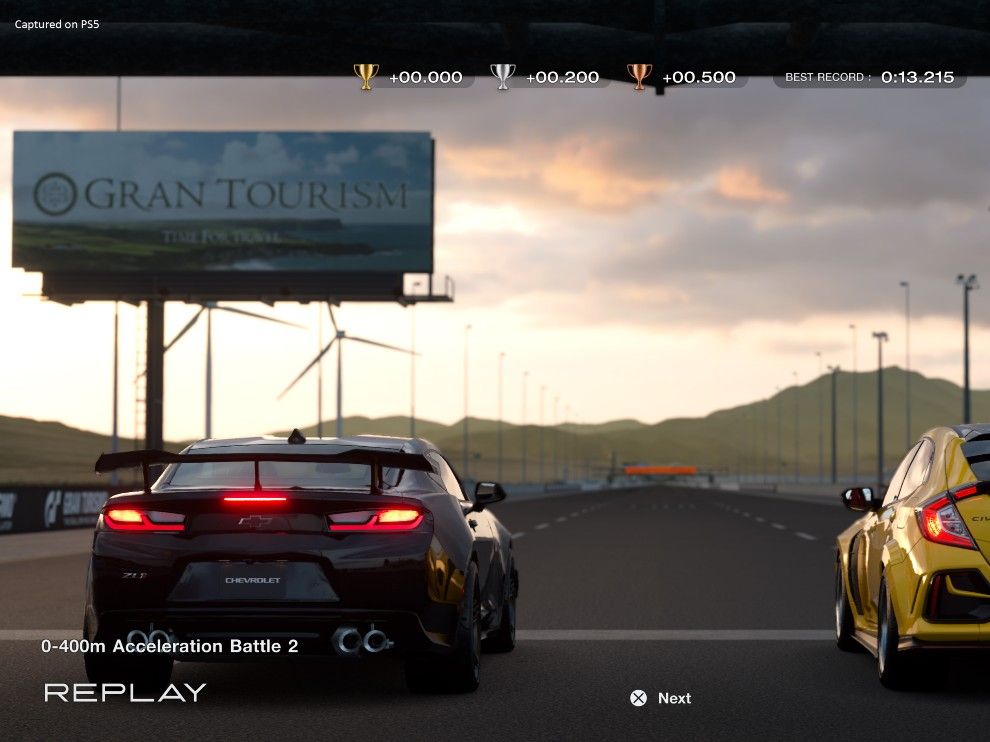 The World Map is back

The world map is making a comeback in Gran Turismo 7 giving players a birds-eye view of everything on offer. This will let players go to the new cafe, check out cars available for sale, participate in races and much more. 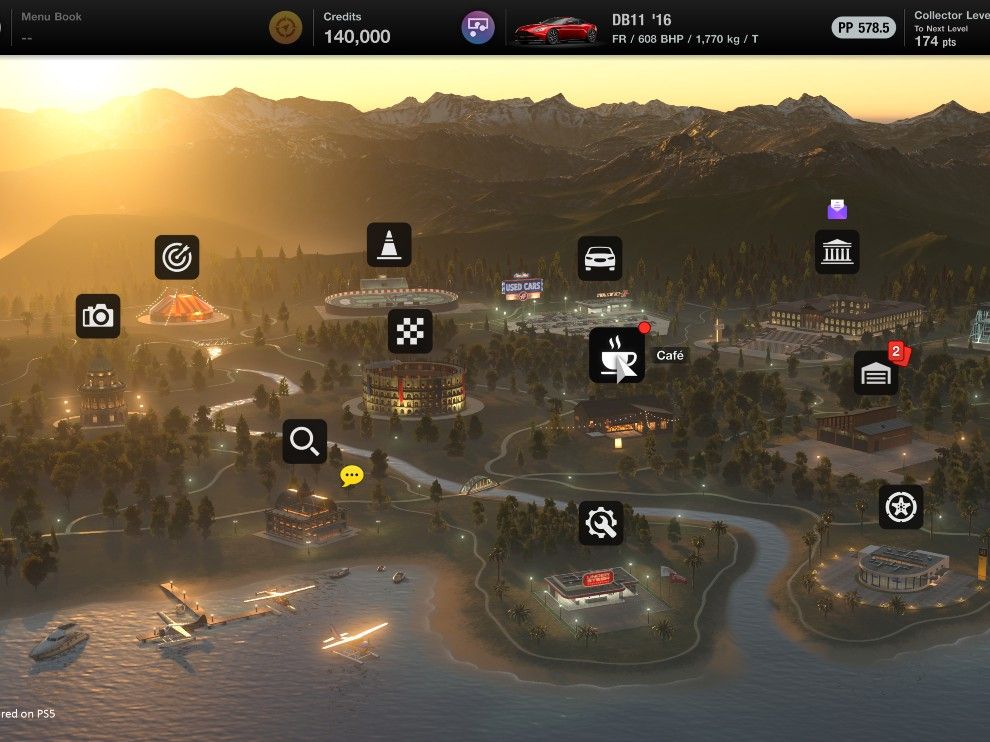 Reinvigorating the culture of cars

One of the points the developers raised is that they want to reinvigorate the culture of cars. Car enthusiasts look at cars in a different light. From the aerodynamics to their signature looks and even the sound of the engine, it takes passion to recognise a car from the sound of its engine. With the power of the PS5, it looks like Polyphony Digital wants to immerse you in the cars you will experience in the game. 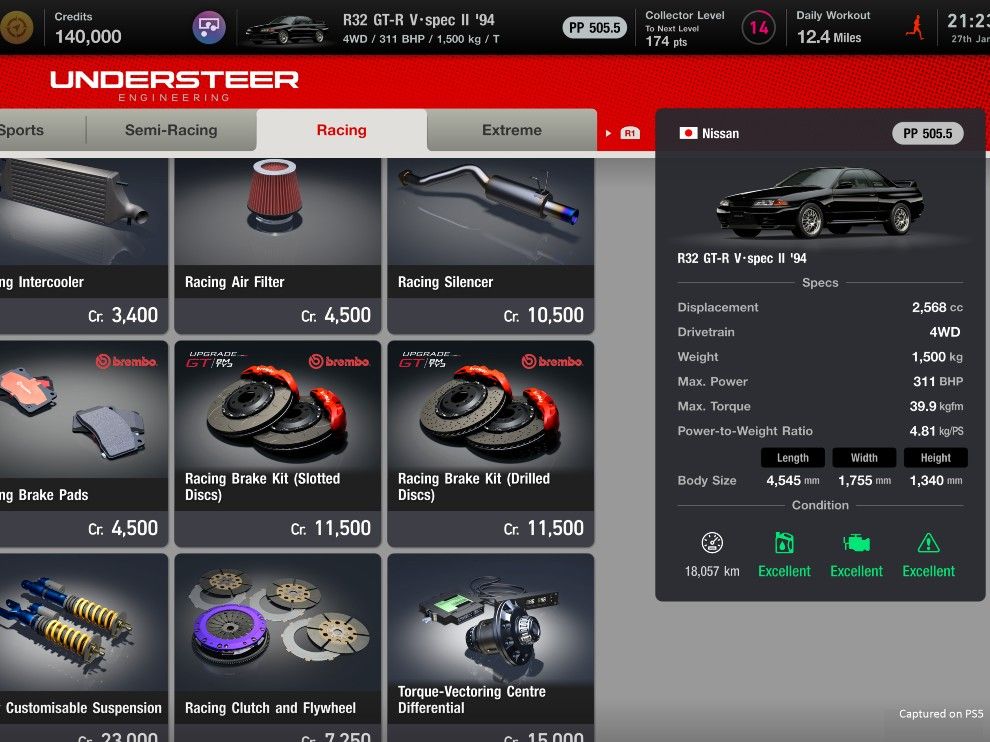 The first level of immersion begins with the visuals of the game. While the developers haven’t confirmed the resolution the game will target, from the footage we’ve seen, it looks stunning. GT7 will be playable in a performance mode and a ray-tracing mode. While the resolution and framerate is something we will learn in due course of time, one thing is certain, the game looks nothing short of stunning. The developers have not only recreated the tracks, but also how the clouds and stars would look at that location which adds another level of detail. 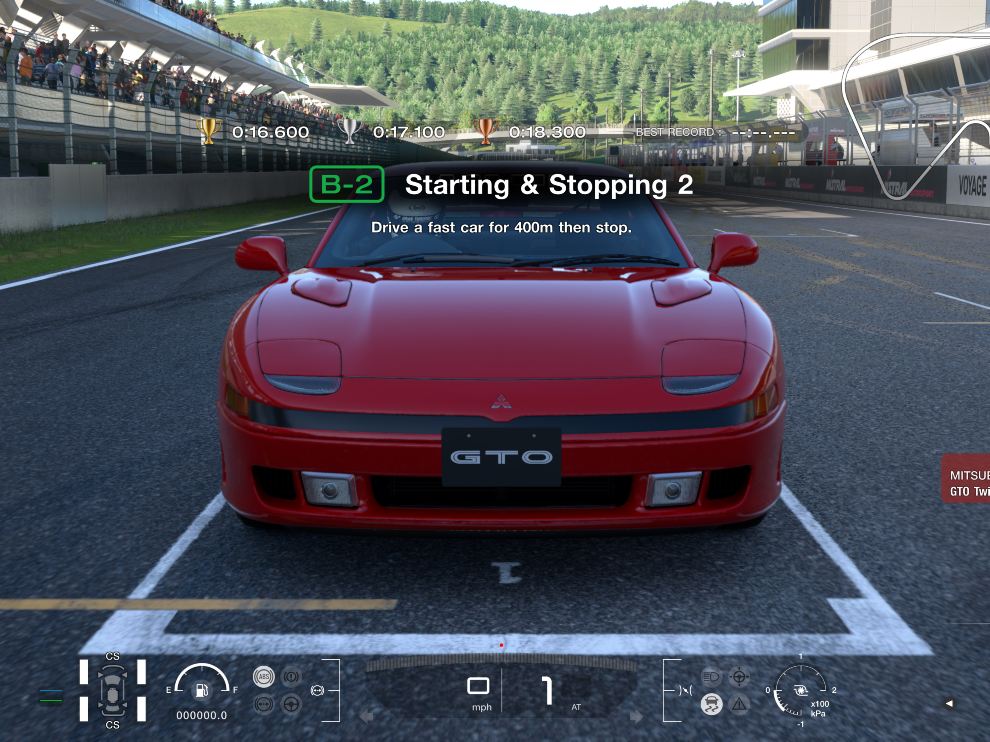 Kazunori Yamauchi highlighted that one of the features implemented in the PS5 version of the game that he is excited about is real-time ray-tracing and we can't wait to see how its implementation impacts gameplay. A fun piece of trivia that he told us is that there were engineers who were working on real-time ray-tracing on massive computers back when GT1 was hitting the original PlayStation and some of those engineers are a part of the GT7 development team.

Sony’s 3D audio has been one of the hallmark features of the PS5 and it looks like Polyphony Digital will use this to give players a more immersive experience. The 3D audio will not only give players the exact position of the cars, but if they are driving in the rain, they will feel the rain coming from above. It will be interesting to see how the 3D audio in the game is exploited to add a new level of immersion. 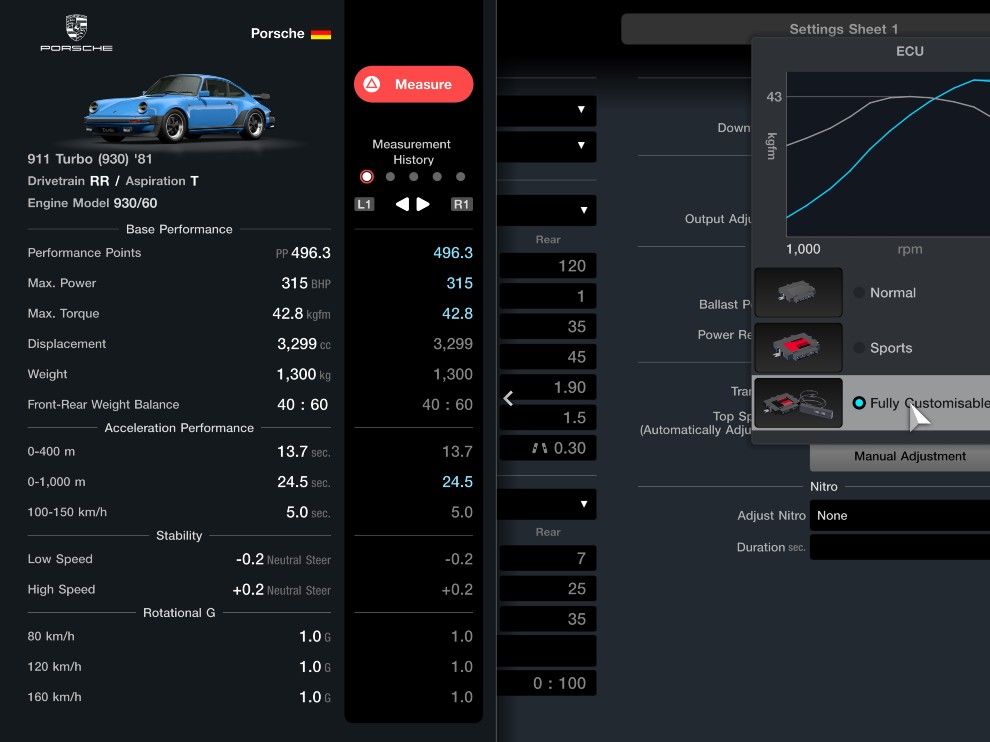 We’ve experienced the dual-sense in games like Dirt 5 where the tension in the triggers gives you a more immersive experience. But with Gran Turismo 7, it looks like the developers want you to feel each aspect of the track. So when you drive in the train or go off the track, or use different tires, the DualSense will mimic the feeling of driving the car. The one feature of the DualSense which will not be used in GT7 is the speaker on the controller. 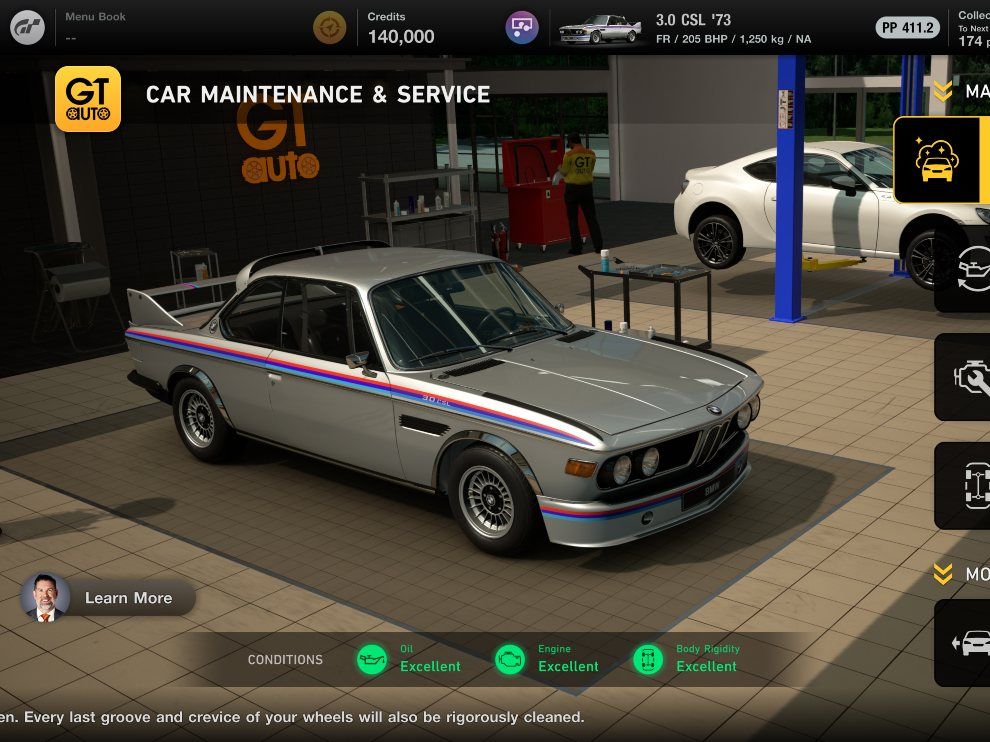 There are three car dealers you can interact with in the game - Brand Central, Used Car Dealers and Legendary Car Dealers. As the name suggests, each will offer options based on your budget and your needs. You can of course tune these cars as there are more than 60 performance parts per car. There are more than 400 cars for you to choose from.

Add to the fact that you can place the cars in over 2500 landmarks in the real world to take a photo is mighty impressive. 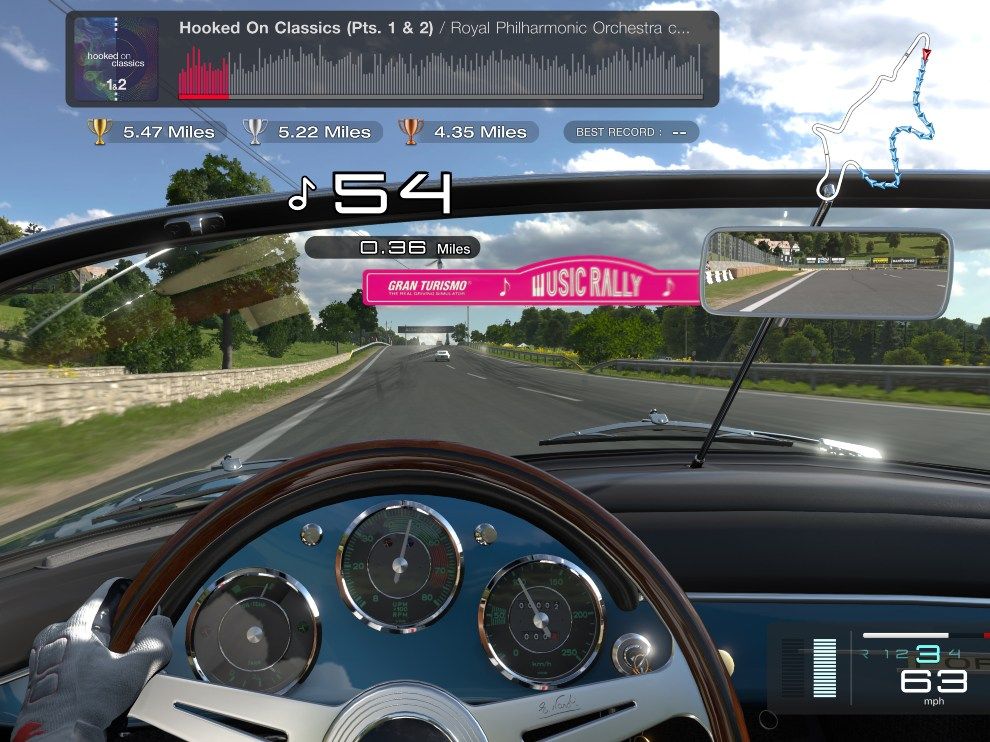 Speaking of photo mode, you will also be able to take photos of the race during replay giving you the feeling of being one of the photographers tasked with capturing key moments from the race.

As for replays, there is a new music replay where the camera angle of the race changes based on the tune of the music. This is of course in addition to the regular replay mode.

Gran Turismo 7 will feature more than 34 locations and 90+ layouts (97 to be precise) for you to race in mixed with different time of day, weather conditions and more. This means that depending on the weather or time of day, you will need to customize the car to take advantage of what mother nature has on offer. From traction control to typers, you will have control over everything. Also, the weather in the tracks will work realistically. So if it rains, and then the sun comes up, the portion of the track that has a puddle will take longer to dry, just like in real life. Also, some of the tracks are so long, you could encounter rain on one part of the track and sun on the other. Dynamically, this will make each race feel unique. 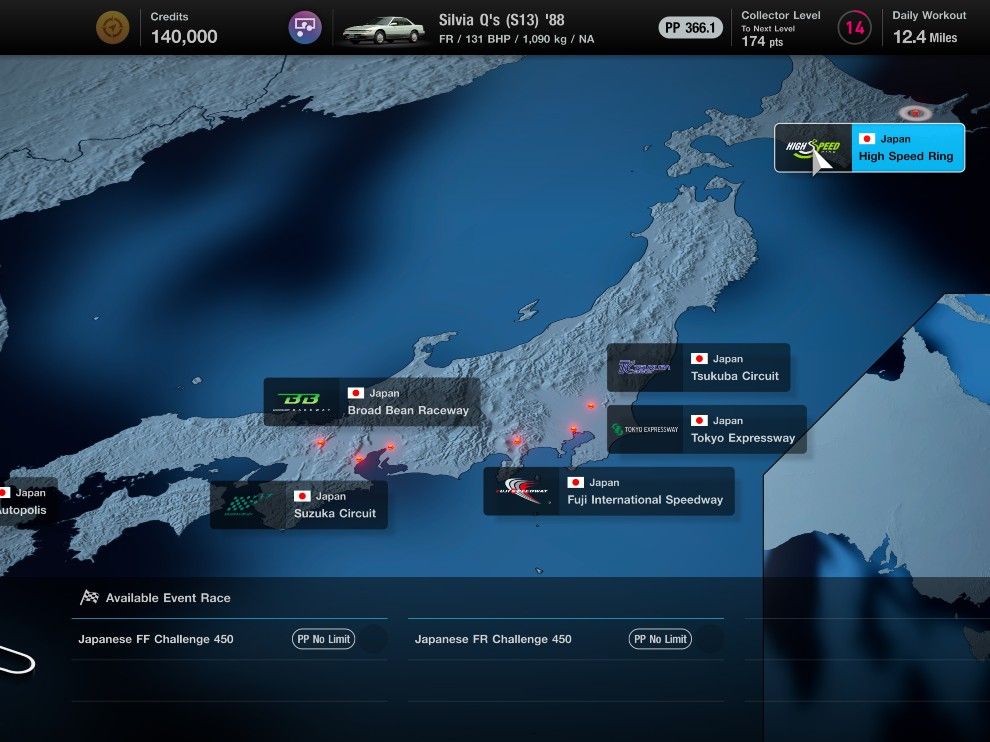 The cafe is a new addition in Gran Turismo 7 where players will be given a “menu book” with tasks that need to be completed. Every time a menu book is completed, you can listen to the cafe owner “explain the background and culture behind the cars involved in that menu book”. There are more than 30 menu books quests in the game and there will be times when famous personalities will give you the lowdown on a particular brands history or the history of a landmark car. 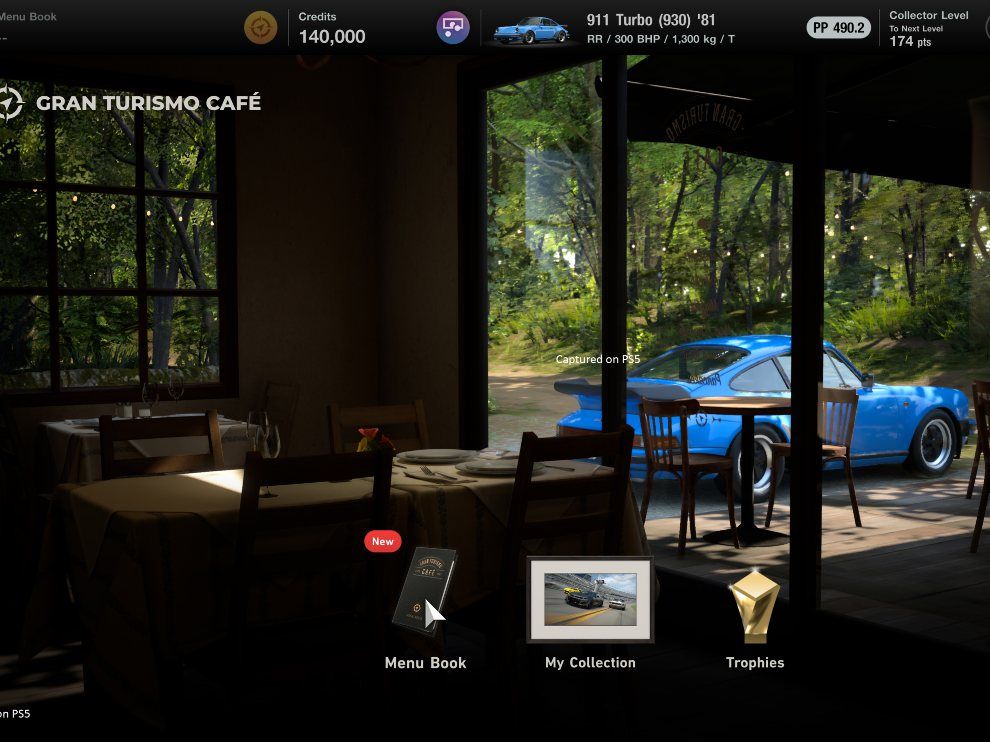 All in all, this is probably just the tip of the iceberg that Gran Turismo 7 has on offer. Needless to say, if you are a fan of racing simulators or a car enthusiast or want to dip your toes in a racing simulation game, then it looks like Gran Turismo 7 may be a great jumping-off point for PlayStation gamers.