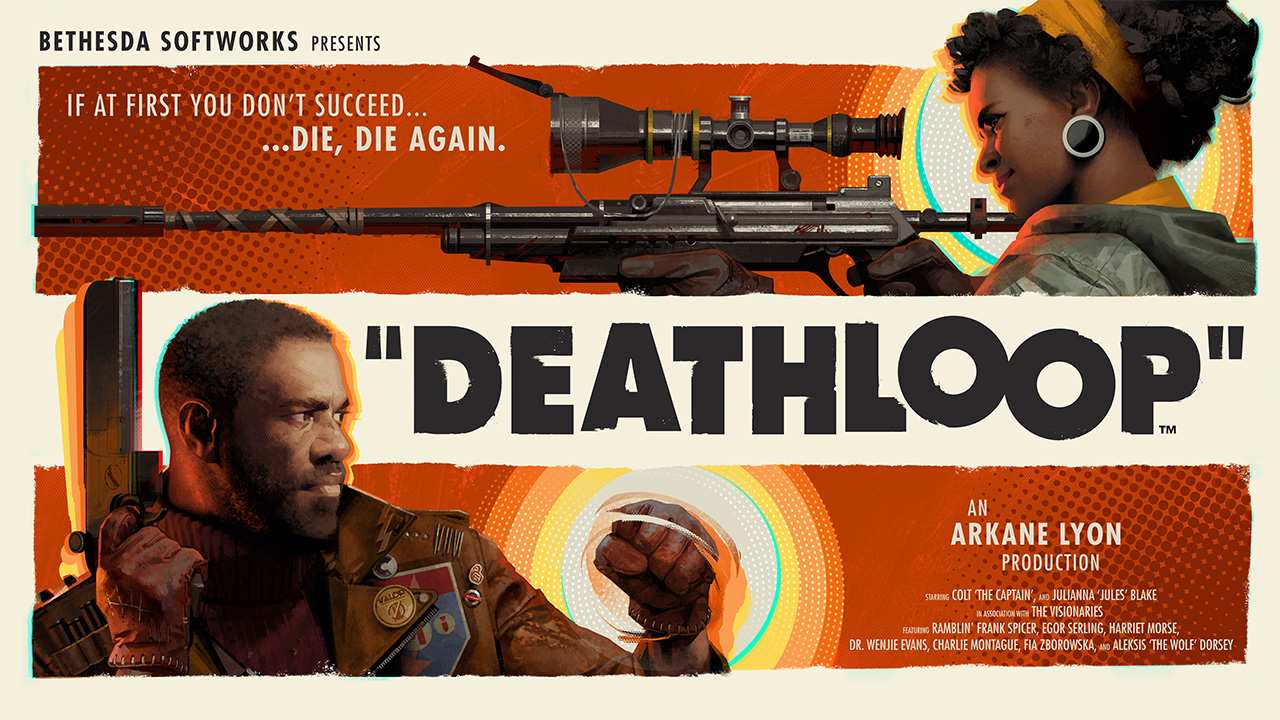 Deathloop on PS5: 5 things we loved and 3 things we didn’t

Deathloop is a first person action puzzle game for the PS5 and PC. We played the game on the PS5. Deathloop will appeal to those that love stealth FPS games like Dishonored and Thief.

Before we get into Deathloop, a little background on why I think the game is great and why it won't appeal to those that love a classic first-person shooter. The first time I played Dishonored on the PS4 I was blown away by its amazing setting, unique abilities and combination of stealth and action that reminded me a lot of the original Thief games. Needless to say, the sequel, Dishonored 2 not only surpassed my expectations but the Clockwork Tower level cemented my opinion that Arkane is one of the best game development studios out there. While Arkane has also developed Prey in 2017, I missed the game and it has been on my backlog for some time.

When the promotions for Deathloop kicked in I was intrigued, but slightly sceptical. I was sceptical about its rogue-lite structure of reliving the same day over and over again. While we have experienced this ‘live, die, repeat’ formula in Returnal (review), the way it is executed in Deathloop is a lot more like the movie Edge of Tomorrow than a rogue-lite game. Just like Tom Cruise learns the patterns of the ‘Mimics’ by reliving each day, you do the same by reliving the same day and learning the enemy patterns and movements to get one step closer to taking out the Visionaries. But there is a catch to this formula which we will describe below.

Before we get to what we loved and didn’t like about Deathloop, here’s answering the all-important question - is Deathloop for you? Well, if you are a fan of fast-paced FPS games like Doom Eternal (review), Call of Duty, etc. or enjoy games like Far Cry (review) then Deathloop may disappoint you. Unlike Doom which is more about running and gunning, Deathloop is about strategizing, planning and then executing some slick moves. If you enjoyed games like Dishonored, or Thief or even Bioshock to some extent, then you are in for one heck of a ride.

Here’s what we loved about Deathloop

From the moment your character, Colt, wakes up on the beach, you are in for one heck of a story filled with some of the best-written dialogue I’ve heard in a video game and some impeccable voice acting to compliment it. How many times can you hear a man talk about reading text on the wall and chuckle at his description and analysis of what he has read? This has happened on multiple occasions in the game and I looked forward to every time Colt opened his mouth as I was sure there’d be a wise-cracking one-liner coming my way.

Colt shares a relationship with the other Visionaries as well, but the details are hidden in text conversations on computers and documents scattered throughout the game. I wish there was mode dialogue between Colt and the Visionaries. I just feel like I have missed some grand detail by not reading all the documents thoroughly. Remember the reveal of Samuel Hayden in Doom Eternal's documents? Despite this, the story of Deathloop is one of its strongest suits.

The combat in Deathloop is easy to learn and can be mastered if you spend a little time learning the ropes. You cannot carry any weapons or abilities back with you in a loop until you unlock Residuum which is like the currency you use to attach gear, guns and abilities to yourself permanently. The combat is an evolution of what we found in Dishonored. Powers from Dishonored such as Shift (the ability to quickly move/jump to places) and Nexus (the ability to link multiple foes and kill them with a single shot) make an appearance here as well. There are other powers as well such as Aether that makes you invisible for some time, Havoc which increases your damage and defensive abilities, Karnesis which lets you hurl enemies into the air and more. The ability unique to Colt is Reprise which essentially gives you 3 lives before resetting the day again.

These abilities can be upgraded by acquiring them again and again from the Visionary who holds them, but remember, if you don't “infuse” the upgrade using Residuum, you will lose it the next day. There are other trinkets that you collect in the game that give you passive abilities like faster health regeneration, more damage, etc. While all the elements glueing the game together can get confusing, the developers have done an excellent job of holding your hand while you learn how the game mechanics work. To put things into perspective, the first 3 odd hours of the game can be thought of as a tutorial before the game stops holding your hand.

The combat is quite free-flowing. You can go guns blazing if you like, or stealthily dispatch foes. There were some runs where I achieved the objective without firing a single bullet. It's amazing with the best part being that, unlike Dishonored, there are no consequences based on how you tackle the game.

The combat in Deathloop can be as simple or as complex as you like and that's the beauty of the game and prevents it from feeling too repetitive with each run.

A special shout out to the voice actors donning the role of Julianna and Colt. From the moment Colt awakens on the beach for the first time the voice acting just draws you in. There are few games where the voice of the protagonist is so spot on that it subconsciously draws you into the game and this is definitely one of them.

As for the music, its 60’s style feels retro and in line with the visual theme of the game. Once you get into combat, high octave part music kicks in and you feel your blood pumping either to clear the room of foes or run for your life (based on the situation). There is even this signature sound that kicks in when you achieve an objective.

The best part is how the DualSense speaker is used. All your conversations with Juliana come from the controller speaker and so do the voice recordings you pick up. It's such a subtle touch but one that has an immediate impact.

As you probably know, you can control Julianna and infiltrate someone else's game online and vice versa. There are quite a few times a player-controlled Julianna entered my run and added a whole new challenge and distraction to the game. If you don't like this, you can always switch to playing offline. This won't stop Julianna from invading your game, but other “more skilled” players will not be able to do so. This isn't like what we’ve seen with games like Dark Souls. It has its own unique elements and one I think fans of multiplayer shooters will definitely take to.

Your time on Blackreef island is spent exploring 4 parts of the island and you can visit each part of the island at a different time in the day - morning, noon, afternoon and night. Each area has a different visual aesthetic, enemy placement, shortcuts, etc. at each time of the day adding not only visual differences but gameplay variations as well. Needless to say, the game’s visuals look stunning and playing in performance mode at 60FPS is a treat on the PS5.

Moving over to the small niggles we have with the game, and the first one is a big one, especially if you live in a place with power outages

To save a game you need to safely return to your bunker (the tunnels that connect the four areas). While this has its merits, the most annoying thing is when you are in the middle of a fantastic run with some incredible loot and the lights go out. I won't say more. It still hurts.

Some of the puzzles can get annoying

There are moments in the game when you need to collect some documents or hear voice recordings that lead to your next clue. While the game does a good job of letting you know the approximate location of these clues, it can get very annoying when the one thing left is a single document kept on a table in the corner that you've passed a hundred times and missed.

Only 2 powers at a time

While Dishonored lets you use your suite of powers at any point, Deathloop restricts you to 2. For the majority of my playthrough, I used Shift and Nexus and was happy. But there were times when I wished I could go invisible or give the other powers a go and then I realized that I need to finish the current section, go back to the bunker and then change the powers. Can get a little annoying especially when you want to switch things up a bit in the middle of a run.

Overall, Deathloop is a fantastic game. The game is a visual treat with some of the best writing and voice acting. While it isn’t a traditional rogue-lite game, it borrows heavily from the genre and puts its own unique twist to it. I can see a lot of people not liking the game for what it has to offer. On the other hand, I can see players like myself that want to restart the day, one more time, to try and execute the perfect loop. Those that love stealth games, or games that make you scratch your head a little should definitely give it a go.