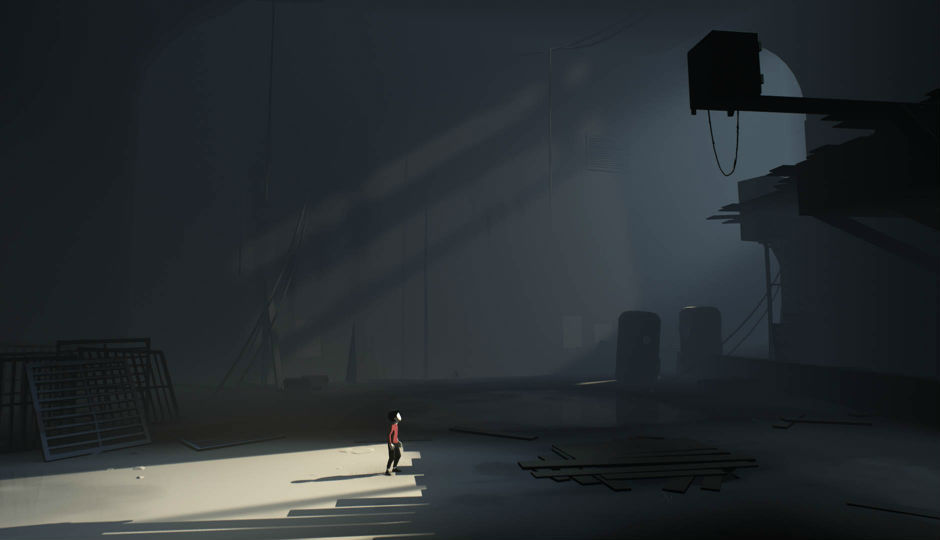 Sure, 2016 saw the launch of a vast number of AAA games such as Uncharted 4, Gears of War 4, Doom, Dishonored 2 and more that had quite an impact. But, it’s not all about epic set pieces, stunning visuals and an 80-million-dollar budget that is required to make a game for you to connect at an emotional level with, or simply, enjoy. In the past few years, we have seen the rise of independent developers that can give AAA developers a run for their money. From games like Limbo, Gone Home, Flower, Journey, Brothers: a tale of two sons, Ori and the Blind Forest and more, we've seen the potential of independent developers. I’m happy to say that 2016 was a great year for indie games, too. Here is our list of the best indie games that you should check out, which released in 2016.

From the developers that brought you Limbo, we have Inside. At its core, Inside is a puzzle-platformer adventure game, but it’s the presentation and soundtrack that will take your breath away. You don the role of a nameless boy who must navigate a treacherous world.

If a first-person mystery adventure is what you are looking for, then Firewatch is the one for you. The game has an epic story, interesting characters, well written dialogue and fun gameplay. The art style of the game may be subjective to your taste, but we liked it. Firewatch is one game that proves that videogames are for adults as much as they are for kids and teens.

If you enjoy playing games like Journey or Flower, then Abzu is definitely a game for you. Immerse yourself in the world of deep sea diving and explore the vastness of the underwater. The game is visually stunning. Don't expect any running and gunning here.

If there is one game that's a lot of fun in VR, it’s Rez Infinite. The game may be 15 years old but this refresh is so good, it ensures a position on this list. Too bad the PS VR isn’t officially available in India. Rez Infinite is the ultimate version of Sega's psychedelic rail-shooter adventure Rez, fully remastered and evolved, including VR support and additional new content, all by members of the original development team. It is totally worth a revisit if you've played the original one.

Thumper is a rhythm violence game boasting of classic action, breakneck speed and brutal physicality. In the game, you are a space beetle taking on whatever the game throws at you. The gameplay mechanics are very simple and the game is linear. What's interesting are the graphics of the game and the feeling you get when the game reaches high speeds and overwhelming velocities.

Indie games have the potential to make you cry. My personal favourite for evoking this emotion has to be Brothers: A tale of two sons. The only other game to do that is That Dragon, Cancer. The game doesn’t have state of the art graphics and it doesn't need them. The following is the synopsis of the game taken straight from Wikipedia: “That Dragon, Cancer is a video game created by Ryan and Amy Green, Josh Larson, and a small team under the name Numinous Games. The autobiographical game is based on the Greens' experience of raising their son Joel, who was diagnosed with terminal cancer at twelve months old, and though only given a short time to live, continued to survive for four more years before eventually succumbing to the cancer in March 2014. The game is designed to have the player experience the low and high moments of this period in the style of a point-and-click adventure game, using the medium's interactivity and immersion to relate the tale in ways that a film cannot”.

Are you crying yet? If not, then check out the trailer below.

Block’hood is a neighborhood-building simulator that celebrates the diversity and experimentation of cities and the unique ecosystems within them. The game will embark on a story of ecology and understanding as additional resources are always needed to unlock new blocks, configurations and combinations, to create more prosperous neighborhoods. Throughout the design process, players will need to avoid the decay of their city blocks by making sure each unit doesn’t run out of resources. A great game if you are looking to inculcate habits of responsibility.

If you enjoy Telltale's style of story-driven games with simple gameplay mechanics, then 1979 Revolution: Black Friday is a game for you. The game is based on real events and eyewitness testimonies. Players control Reza Shirazi, an aspiring photojournalist, who returns to Iran amidst the Iranian Revolution. As he becomes more involved in the events of the Revolution, Reza is forced to make decisions in order to survive. You should definitely check out the trailer below.

In a day dominated by slick graphics, Hyper Light Drifter pays homage to the 8-bit and 16-bit game of yesteryears. The game started out as a Kickstarter project and was looking to raise $27,000 to develop the title. The developers ended up receiving $600,000, which ensured that the game released on the consoles as well as PC. Proof that when you pay homage to old school games and raise adequate funds, you can do a good job. Mighty Number 9, we are looking at you.

Put simply, Stardew Valley is an indie farming simulation role-playing game. The graphics of the game are simple and the gameplay will remind you of Don’t Starve; well, sort of. The player manages their character's time and energy levels as they clear land, plant and tend crops, raise livestock, craft goods, mine for ores, and engage in social activities, including romances leading towards marriage, with the various residents of the small town, all while earning in-game money to expand their farm. The game is open-ended, allowing the player to take on activities as they see fit. Sounds a lot like the Sims, doesn’t it?

If there is one 3D puzzle game that can drive you insane, it has to be The Witness. To quote the Wikipedia description of the game, “Inspired by Myst, the game involves the exploration of an open world island filled with natural and man-made structures. The player progresses by solving puzzles, which are based on interactions with mazes presented on panels around the island or hidden within the environment. The player will have to determine the rules of each puzzle from visual clues and audio recordings scattered around the island.” The Witness has the ability to test your patience, and if you are one that thinks he/she is as brilliant as John Nash (A Beautiful Mind), then you can put that claim to the test with this game.

Feeling hot! hot! hot!… oh, you are still with us. Really interested in indie games, aren’t you? Superhot may look and feel like a traditional first person shooter game, but there is a twist. Time within the game only progresses when the player moves. This makes for elements that make the game very interesting and open up your options on how to approach a situation.