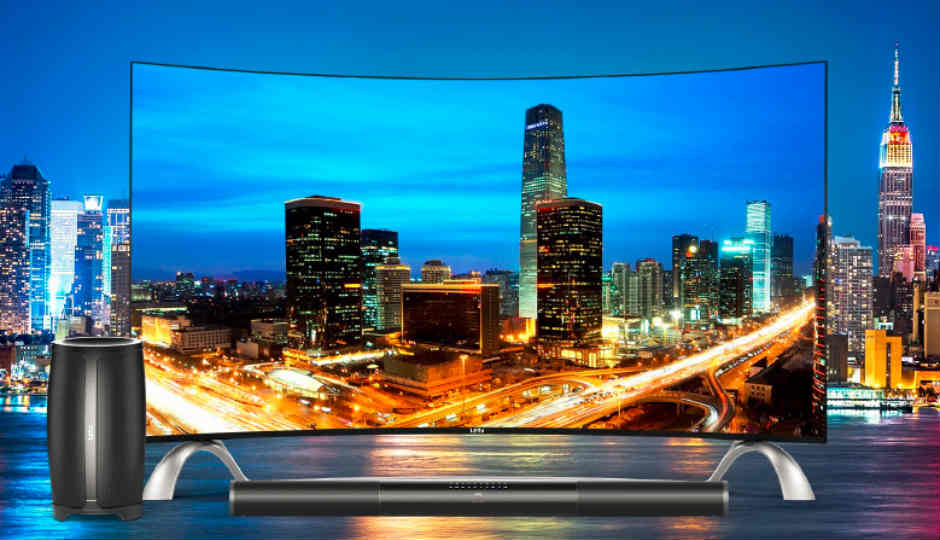 Letv, the leading Internet conglomerate launches the world’s first curved-screen split TV, the Super 4 Max65 Curved which is the 4th generation of Le Super TV, as well as the Super 4 Max70, the first smart TV with glass light guide plate (LGP) in the world during a launch event in Beijing on December 22nd, making Letv the first Internet company across the globe to release split TV with curved screen.

The disruptive price model of the company has revolutionized and transformed the TV manufacturing industry into an era of negative profit for hardware. Upholding its pricing strategy again the Super4 Max65 Curved Engineering Commemorative Edition is priced at RMB 6,999 (US$1080.24) and Super4 Max70at RMB 12,999 (US$2006.29) and RMB 14,999 (US$2314.98) respectively for its 2D and 3D versions.

According to Liang Jun, CEO of Leshi Zhixin Electronics Technology, the market price for Super4 Max65 Curved is lower than the mass production cost so as to benefit the users further, while Letv makes profit through ads and its content ecosystem.

Super4 Max70, on the other hand, is the only smart TV that carries the 10th generation 70-inch 4K panel by Sharp. It is also the first time for Corning’s IrisTM Glass LGP to be adopted by a leading player in China’s TV industry. The two new products will continue to manifest Letv’s philosophy of “groundbreaking technology, complete ecosystem and disruptive pricing” and lead the industry to the high-end big-screen TV market.

Letv has sold almost 3 million units Super TVs in 2015 and targets to sell 6 million units in the coming year, ranking top 3 in the smart TV industry.

The company has recently bought 20% share of TCL Multimedia to further strengthen the innovative business model based on the open close-loop ecosystem.

Letv has solidified its position as a market leader through accomplishing remarkable sales success in the past online shopping festivals in China, gaining sales revenue of 1.75 billion RMB (US$0.27 billion) with 668,000 units of Le Super TV sold.

The Super4 Max 70 will be available for sale on December 29th on Lemall.com, while the sales of Super4 Max65 Curved Engineering Commemorative Edition will kick off on January 19th 2016.

The unique Ecosystem centric business model has enabled Letv to achieve great success. The company claims that the profit generated by the multiple profit models of the ecosystem can subsidize hardware cost and lower the price.

By setting the price of Le Super TVs lower than mass production cost, Letv has once again reinstated that a complete and open ecosystem model is extremely secure, at same time provides superior user experience. Meanwhile, Le Ecosystem keeps innovating, evolving and disrupting itself and continues to create new value for users. Empowered by the extraordinary ecosystem, the 4th generation of Le Super TV will further disrupt the high-end TV market.

Earlier the company had also announced that it will enter the Indian market next month and launch its Le Superphones in India initially followed by Super TVs and plans to bring the complete ecosystem to India.

Lately the company is organizing a preview event on January 5th event in New Delhi and several fans meet-up in multiple Indian cities in following weeks.

Apparently, their expansion into India is getting more crystalized and the Indian market should be watching out for this industry disruptor and game changer.