The Galaxy J2 Pro will be available from July 26, 2016 exclusively on Snapdeal. The smartphone has a 5-inch HD sAMOLED display. 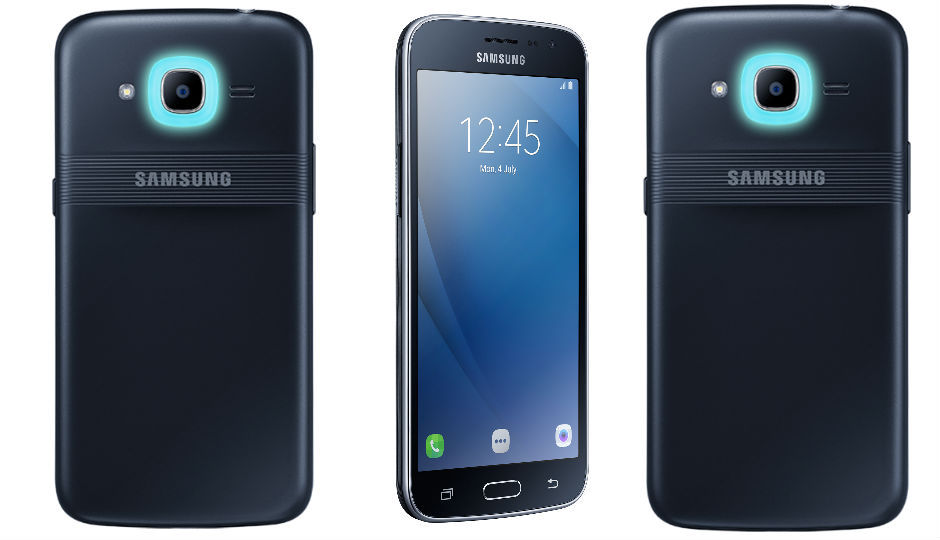 Samsung has announced the launch of the Galaxy J2 Pro smartphone. The device is priced at Rs. 9,890 and will be available exclusively on Snapdeal from July 2016. Coming to the specifications of the J2 Pro, it has a 1.5 GHz Quad-Core processor coupled with 2GB RAM. It boasts of 16GB built-in storage expandable up to an additional 128GB via a microSD card. The device has a 5-inch HD sAMOLED display and runs on Android Marshmallow straight out of the box.

The rear of the Samsung Galaxy J2 Pro has an 8MP camera and the front has a 5MP camera. Coming to the connectivity options, the device boasts of Bluetooth v4.1, USB 2.0, GPS, Glonass, Wi-Fi 802.11 b/g/n 2.4GHz and Wi-Fi Direct. The smartphone is 8mm thick and is a dual-SIM smartphone. A 2600mAh battery powers the entire package.

You can read the complete press release below.

Samsung India today announced the launch of a new addition to its highly successful Galaxy J series of smartphones - Galaxy J2 Pro. It is a variant of the recently launched Galaxy J2 2016 with an enhanced 2GB RAM and 16GB internal memory and will be available exclusively on Snapdeal.

The Galaxy J2 Pro is an addition to Samsung’s 4G enabled smart phones portfolio, which constitutes over 60% of the 4G market share in India today. Galaxy J2 Pro has been re-engineered, re-designed and re-loaded with new ‘Make for India’ features such as Turbo Speed Technology (TST), a revolutionary innovation which results in superior device performance, and Smart Glow, a next-gen colour LED notification system for the convenience of the user. TST is a revolutionary innovation which results in superior performance including native apps opening up to 40% faster than devices with double the RAM. Smart Glow consists of a first-ever LED notification ring at the back of the smartphone that addresses the growing consumer need of capturing superior selfies. Smart Glow assists in orienting the rear camera to take auto-focussed higher resolution selfies. It couples up as a notification system where colors can be customized for contacts and other applications.

“Samsung is constantly in the pursuit of bringing meaningful innovation to consumers. The Galaxy J2 Pro with Turbo Speed Technology is designed to provide superior device performance. Furthermore, the Smart Glow feature is an industry first that not only enables automatic rear camera selfies but also provides a fresh new design element and a host of other utility features,” Mr Manu Sharma, Vice President, Mobile Business, Samsung India, said.

Mr. Tony Navin, Senior Vice President, Partnerships & Strategic Initatives, Snapdeal, added, “At Snapdeal, it is our endeavor to bring top products from the best brands to delight our customers. Samsung has been introducing a series of industry-first innovations and we were pleased to partner with Samsung to introduce the S bike mode innovation earlier this year. We are equally excited to partner with them for the Samsung Galaxy J2 Pro as we look to offer best-in-class products and features to our customers across India.”

Samsung India had launched industry first S bike mode, a dedicated bike mode that lets consumers ‘ride tension free’ while encouraging responsible riding. This was based on the insight that two-wheeler riders receive a lot of unimportant calls and notifications while riding. The S bike mode’s urgent call alert system notifies callers through an automated answering machine that the user is riding and is unavailable to take calls. However, callers have the option to press 1 in case the call is urgent. As a safety feature, the in-built motion lock ensures that the rider has to come to a halt before they can answer the call.

The 'Ultra Data Saving' (UDS) mode provides up to 50% mobile data savings by blocking unnecessary background applications from consuming data. It also has a proprietary data compression technology, which ensures the most cost-efficient 4G experience.

Measuring just 8mm, the Galaxy J2 Pro is a sleek device which is further complemented by soft rounded edges that ensures a comfortable grip. It will be available in black, silver, and gold colors.

Price and Availability
The Samsung Galaxy J2 Pro will be available from July 26, 2016 exclusively on Snapdeal at a price of INR 9,890. Further details are available at www.snapdeal.com/offers/samsung-j2pro
For more details on Galaxy J2 Pro, please visit: http://www.samsung.com/in/microsite/galaxyj/j2