Microsoft is offering discounts on Surface and Xbox devices

Microsoft has announced that users can make savings up to Rs 20,000 across Microsoft Surface lineup and Rs 7,699 on Xbox One family of devices under the celebratory offer. 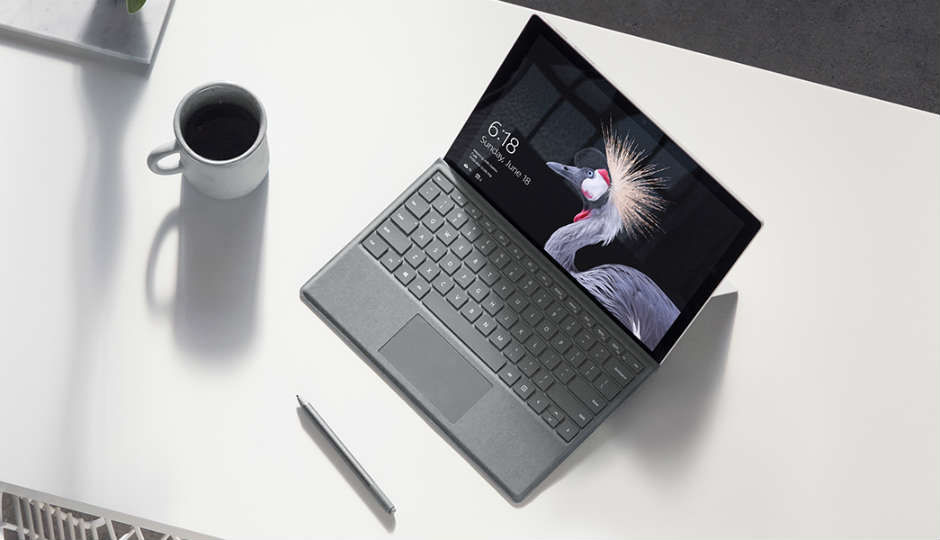 Microsoft is offering discounts on Surface and Xbox devices

Microsoft has announced that its is now offering discounts on its Surface lineup of devices and Xbox consols. The company said that users can now make savings up to Rs 20,000 across Microsoft Surface lineup and Rs 7,699 on Xbox One family of devices under the celebratory offer.

Diwali is around the corner and its best to plan ahead for the finest gift options. Be it Diwali or any of the other festivals coming up, the real happiness lies in making your loved ones happy and the ideal way is to gift them something special, trendy and useful. This Diwali gift your loved ones a special digital surprise! Here’s a list of the finest tech gifting options this festive season with savings up to INR 20,000 across Microsoft Surface lineup and INR 7,699 on Xbox One family of devices available in India via key stores, Croma, Reliance, Vijay Sales and online on Amazon and Flipkart.

Limited Period Festive Offer on Xbox One S and Xbox One X console with a minimum savings of Rs.3400 and an additional game worth Rs. 4299/-

Microsoft’s Surface line-up and Xbox One family of devices along with their accessories and games are probably among the best gifts for this festive season for the technology lovers. Exciting offers:

The most versatile laptop on the planet: Microsoft Surface Pro

The Surface Pro delivers the most performance and battery life in a device that is thin, light and quiet which is also a mobile creative studio featuring a high-resolution 12.3” PixelSense™touch display that supports the new Surface Pen, the fastest pen ever. At just 8.5mm thin and starting at 767 grams, the new Surface Pro packs the power of a 7th generation Intel® Core™ processor into a new fanless, whisper-quiet design. The Surface Pro Signature Type Cover delivers a high-quality scissor mechanism and 1.3 mm of key travel for faster and more accurate typing. A full-size glass trackpad with five-finger multi-touch capabilities allows for ultimate precision, and the entire keyboard is wrapped in soft yet durable Alcantara® material, creating a comfortable palm rest and beautiful aesthetic. Price: INR 91,999 onwards (without keyboard)

In the latest Surface lineup in India, the Surface Laptop is an ultrathin, lightweight, powerful and secure device, which is an ideal balance of portability, performance and elegance at just 1.25 kilograms. More than a traditional laptop, the Surface Laptop is engineered to start fast and stay fast and is powered with a 7th generation Intel® Core™ processor and offers up to 14.5 hours of battery life to last through the day. Every detail of the Surface Laptop goes beyond the expected, from the vibrant 13.5” PixelSense™ display to the luxurious Alcantara®-covered keyboard. Price: INR 89,999 onwards

The Most Powerful Surface Ever: Surface Book 2

Surface Book 2 is the most powerful Surface yet, featuring the latest Intel® Dual-Core™ or Quad-Core™ processors, NVIDIA® GeForce® GPUs, and up to 17 hours of battery life. Five time more graphics performance than the original, the Surface Book 2 is available in 13.5-inch and 15-inch models. It is the ideal device for those seeking flexibility in the way they use their device, The Surface Book 2 supports four different modes, including Studio Mode, Laptop Mode, View Mode, or even Tablet mode by simply detaching the screen. Surface Book 2 gives you the power of a laptop, the versatility of a tablet and the freedom of a portable studio all in one beautifully styled device with absolutely no compromises. Price: INR 143,990 onwards

The World’s Most Powerful Console: Xbox One X

Xbox One X is also the only product in the world that packs all of the following features in one amazing device: 4K gaming for the world’s greatest games, a built-in 4K Ultra HD Blu-ray player, 4K streaming capabilities, High Dynamic Range support for gaming and video, and premium audio that puts gamers in the center of spatial sound with Dolby Atmos support. The craftsmanship in the Xbox One X hardware means it’s not only the world’s most powerful console, it’s also the smallest and most feature-rich Xbox ever. Price: INR 50,590 onwards, available on a discount of INR 3,400. The festivity happiness is topped-up with a popular game title worth INR 4,299 that comes bundled with no additional cost.

The best in 4K entertainment: Xbox One S

Xbox One S is 40 percent smaller than the original Xbox One, featuring a sleek, slimline design, “robot white” color and a built-in power supply. The highly-anticipated Xbox One S supports 4K Ultra HD for Blu-ray movies and content streamed from partners like Netflix, as well as High Dynamic Range (HDR) for video and gaming, delivering richer, more luminous colors for a visually-stunning gaming experience. With all the biggest blockbusters, over 100 console exclusives, an advanced multiplayer network, backward compatibility for Xbox 360 games and the original Xbox (selected titles), the Xbox One S is the ultimate gaming and entertainment system for both gaming families and core gamers alike. Price: INR 32,690 onwards, available on a discount of INR 3,400. The happiness festivity is topped-up with a popular game title worth INR 4,299 that comes bundled with no additional cost.

Microsoft has confirmed that the discount on the Surface laptop is on the MRP mentioned in the press note above. For Surface Pro, the saving mentioned in the note above are applicable when the Surface Pro is biught along with a Surface type cover. The prices of the Xbox One S and Xbox One X consoles start from Rs 50,590 and if you were to buy a game (worth Rs 4,299) with the consols, you will have to pay for that as well bringing the total value of the package to Rs 54,889. But under the offer, the company is not only giving a discount of Rs 3,400 on the consoles but also giving away a game worth Rs 4,299 free with it.