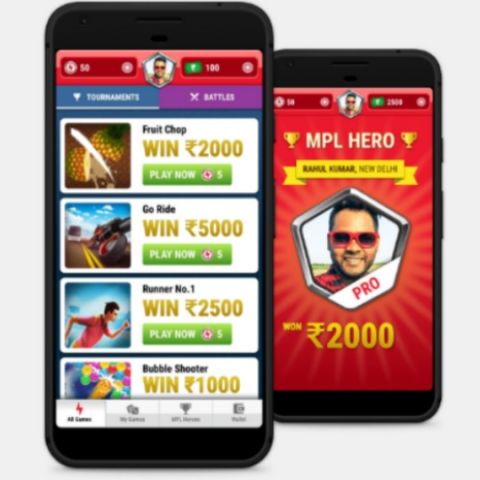 It is MPL's biggest competition in in the Hero series and will run every weekend.

MPL has announced 'Gaming ka Maha Muqabla' with prize pool of Rs 5 Lakhs. It is company's biggest competition in in the Hero series and will run every weekend. The player who wins the most number of battles in Pool will top the leaderboard as the first hero of the season and will walk away with Rs 1 lakh as cash prize. The competition will start from 10AM on March 30.

It is an exciting time for Mobile Premier League (MPL) users with the launch of Gaming ka Maha Muqabla, the latest and biggest competition in the company’s Hero Series. The competition, which commences on Saturday 30th March 2019, is the first in a series of many upcoming tournaments & battles that the company has planned for its users. This competition will kick-start with a battle arena for one of the most popular games on the app- Pool. MPL also plans to bring in bigger cash reward competitions going forward.

Player who wins the most number of battles in Pool will top the leaderboard as the first hero of the season and will walk away with INR 1 lakh as cash prize. The Battle opens at 10 AM on 30 th March and participants will need to plug-in to join the competition.

Those interested in participating in the Mobile Premier League Hero Series can easily download the app from mpl.live

MPL has outlined the following rules and regulations for participants.

MPL is attracting millions of users from across the county and aims to break barriers of age, skill levels and region by making mobile gaming more accessible. The users can participate in a range of skill-based mobile games and compete with over ten of thousands of players in 1v1 or tournament style player formats.