Samsung to launch a Moto 360-like smartwatch with gesture support

Patent application reveals Samsung is working on a round-faced smartwatch that will mimic the upcoming Motorola Moto 360. 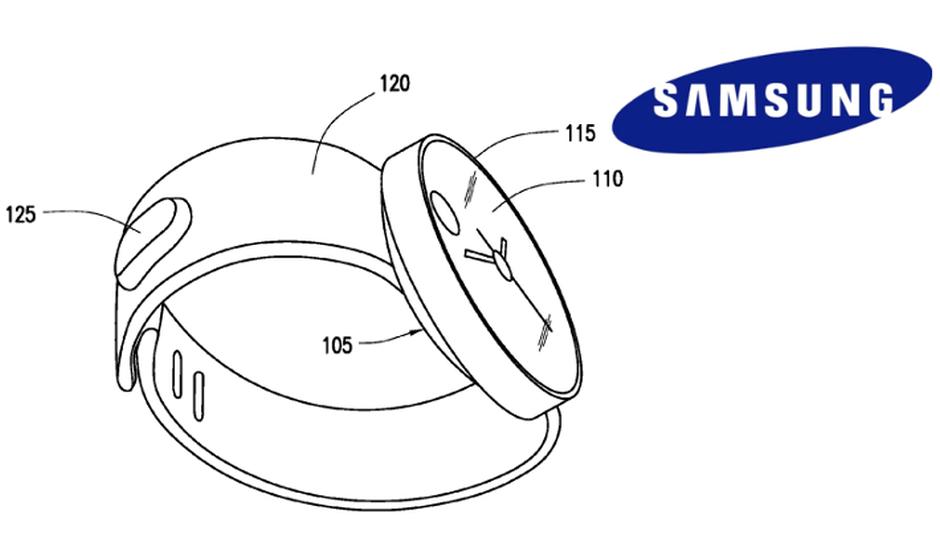 Samsung to launch a Moto 360-like smartwatch with gesture support

A patent filed by electronics giant Samsung in the U.S. Patent office has revealed a round-faced smartwatch with mounting and touch-less gesture support. The patent, filed in August last year, reveals a smartwatch similar to the Motorola Moto 360, and describes the UI functionality, gesture-based interactions and physical configurations of the device.

The patent reveals that Samsung's new wearable will support different watch faces, fitness tracking/mapping with built-in features that could include a heart rate monitor and weather reports. The wearable will also support flexibility of mounting, in which the round main unit can be removed from a wristband and attached to a necklace, keychain, clip, and can even be used as a TV remote.

The smartwatch comes with a built-in camera in the wristband, similar to the Galaxy Gear smartwatch. The camera offers a new set of touch-less gestures to control the device including finger and hand position detection and movement recognition. The patent reveals that the camera is mounted so low along the back-side of the band, that you perform the gestures below your watch attached arm. Other features supported by the built-in camera include image/object recognition, text OCR with translations and bar code scanning.

Samsung is also working on a stand-alone version of its Gear smartwatch called the Gear Solo. The wearable will come with a SIM card allowing it to make calls on its own, send text messages and even browse the web. The smartwatch may not be named the "Solo", but will certainly run on Tizen-powered Samsung Gear lineup. The device will come with a GPS, Bluetooth, a camera, and a heart rate monitor. According to reports, Samsung is currently in talks with telecommunications carriers in the U.S., South Korea and Europe and is planning to release the device sometime over the summer. No word has been mentioned about the pricing of specs yet.