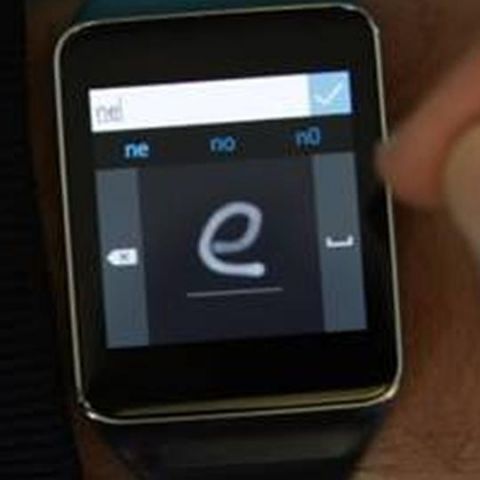 Microsoft has released a prototype version of a keyboard for Android Wear devices. The 'analog keyboard' lets you draw letters on a smartwatch screen. Users can download the keyboard from Microsoft's website.

Microsoft says that voice-powered texting remains the prevailing method of wearable communication, but at times you don't want to talk to your smartwatch and voice recognition is not always prefect. Microsoft's analog keyboard supports square screens with a 320 x 320 resolution like the Moto 360. It allows users to draw letters and even special characters and numbers one at a time.

Microsoft says, "Handwriting, unlike speech, is discreet and not prone to background noise. And unlike soft keyboards, where many keys have to share the small touch surface, handwriting methods can offer the entire screen (or most of it) for each symbol. This allows each letter to be entered rather comfortably, even on small devices. In fact, it has been shown that some handwriting systems can be used without even looking at the screen. Finally, handwriting interfaces require very little design changes to run on round displays, which are becoming increasingly popular."

The Microsoft Research team also highlights the disadvantages of the keyboard. It says that the keyboard doesn't work on lower resolution screens (280x280) and the 360 version is a little buggy. For now the app only supports lower case letters and it is a little battery consuming. But the company says that it is still a prototype and is working on improving it.