The Magic view smartwatch has a second display to view content and notifications that a user wishes to keep private. 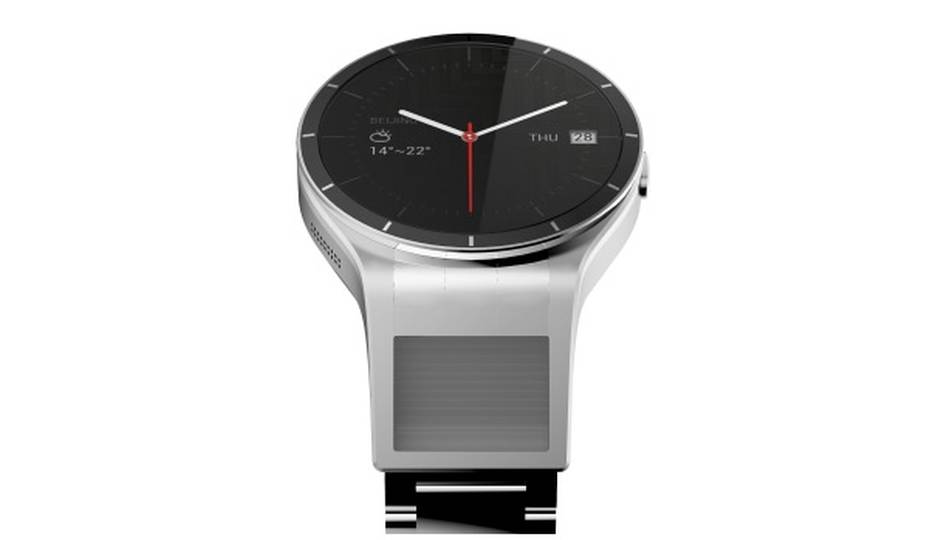 Lenovo has unveiled a new concept design for a smartwatch, dubbed "Magic View" at the Lenovo tech world show in Beijing. The wearable has a secondary display that has to held at eye level to view. This will be useful for consumers who want to keep some information and notifications private.

The smartwatch has a small, second screen in the strap that can be viewed when you hold it at eye level. The company says that you will be able to view a second display which is 20 times larger than the watch's main display. Lenovo says the smartwatch uses "optical reflection" to achieve this. The second display can be used for viewing maps, looking "around" images and even viewing videos. Lenovo says that the smartwatch runs on a custom OS based on Android Wear that has similar UI elements and interactions. Android Central stated that the Magic View concept has a bulky design and looks similar in size to the LG Watch Urbane. It retains the "flat tire" cut-off portion of the screen as well as the thin bezels and metal strap of the Moto 360.

Lenovo also showcased 'Smart Cast' a smartphone with a built-in virtual keyboard projector module. The handset has a laser projector built into the top of the phone, which is capable of throwing images and video onto a wall or screen. The projected image is completely different from what’s on the screen of the phone so the feature can be used for gaming, work, or even for video chats. The device also comes with an infrared motion detector and gesture control algorithms that can be used to type messages, play games, etc. Lenovo demonstrated Smart Cast by playing a virtual piano at the event. Lenovo’s Chief Technology Officer Peter Hortensius stated that although both are concepts at the moment, Lenovo is serious about making them in the future. “We wouldn’t be showing it if we weren’t,” he is quoted as saying.