Sony India has launched the 55-inch and 65-inch models of the A9F OLED TV. The model comes with a Netflix Calibrated Mode to make content look as intended by the creators. 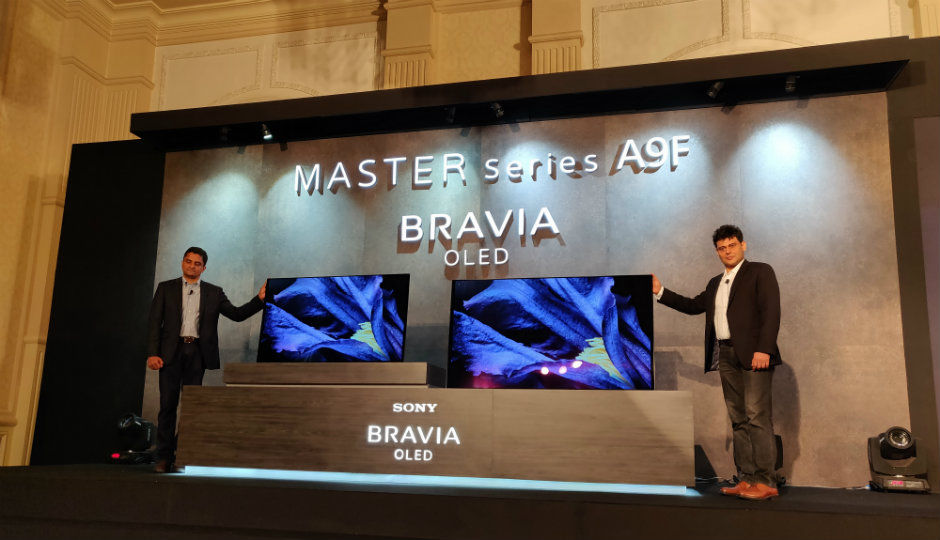 After launching it in New York in August, Sony has brought the its latest Master Series 4K TVs to India. The company has launched two models of the A9F Bravia OLED TV powered by its X1 Ultimate chipset. The Sony A9F TV is available in 55-inch and 65-inch screen sizes. The 55-inch KD-55A9F model is priced at Rs 3,99,990 and the 65-inch KD-65A9F will be available for Rs 5,59,990 from September 20 at Sony Center and major electronic stores in the country. The TVs support 4K with HDR 10 and Dolby Vision, and run on Android 8.0 Oreo operating system.

Sony claims that the A9F Bravia OLED TV creates contrast and clarity with over 8 million self-illuminating pixels which are precisely and individually controlled by the Picture Processor X1 Ultimate. The X1 Ultimate Picture Processor is said to intelligently detect and analyse each object in the picture through Sony’s new Object-based Super Resolution mechanism for accuracy and detail. The company has updated Object-based HDR remaster which allows each object to be remastered individually for better depth, accurate texture and all-in-all more realistic picture.

Sony A9F comes with Acoustic Surface Audio+ technology to deliver a concert hall-like audio. Sony says that the improved Acoustic Surface Audio+ gets an additional actuator in the center of the screen and an extra subwoofer channel, totaling to a 3.2 channel sound system. “The additional center actuator acts just like center speakers hidden behind an AT (acoustically transparent) screen which are found in movie theaters. With the three actuators and two subwoofers facing sideways, the A9F creates a rich sound field that greatly enhances the viewing experience,” Sony said in a statement.

In conjunction with Netflix, Sony also introduced “Netflix Calibrated Mode” for the Master series. This feature is said to be specially developed to mirror the same picture quality as a studio evaluation master for TV “to preserve the artists’ creative vision and intent.” The model ships equipped with the Pixel Contrast Booster, which is Sony’s original panel controller for OLED. It is claimed to maximize the dynamic range by widening the area of colour reproduction at high brightness. The Hands-Free Voice Search function on the A9F makes navigation easy. The TV has a built-in microphone that allows a user to speak to the TV to find shows, movies, among other content.