Everything you need to know about the upcoming OnePlus TVs

OnePlus is expected to launch three TVs on July 2, 2020. OnePlus has confirmed that the TVs will start below Rs 20,000. The TVs will cover 93 percent of the DCI-P3 colour gamut. 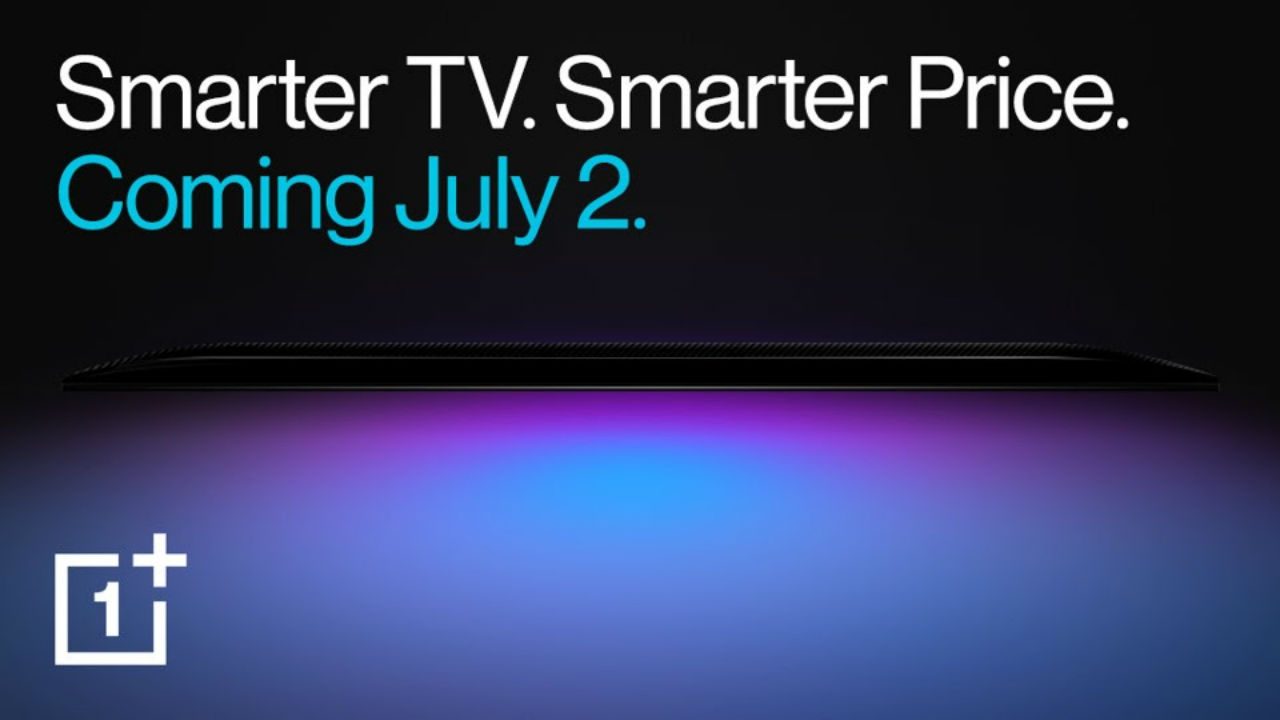 Everything you need to know about the upcoming OnePlus TVs

As per a Bluetooth listing, it was speculated that OnePlus would launch three variants of the OnePlus TV - 32-inch, 43-inch and 55-inch. The naming convention in the same listing also hinted that the 32-inch TV would be an HD ready TV, the 43-inch TV an FHD TV and the 55-inch a UHD TV. OnePlus has also teased three prices for the TVs hinting at three models. The 32-inch and 43-inch screen sizes are the hottest space in the TV market right now with brands like Xiaomi, Kodak and more offering TVs in this space and new entries from brands like Realme, Nokia and more. The 55-inch screen space also has Nokia, Xiaomi, Kodak and more flexing their muscles and even though OnePlus has a 55-inch offering in the Q1 and Q1 Pro, its high price tag puts it in the premium TV category.

Which, of course, brings us to the price of the new TVs. OnePlus took to Twitter to tease three different prices for the TV. 1X,999, 2X,999, and 4X999. This, of course, represents the price of the three TVs - 32-inch, 43-inch and 55-inch respectively. As far as availability is concerned, we will know that once the TVs are announced on July 2.

The OnePlus Q1 and Q1 Pro that launched last year were QLED TVs. We recently reviewed a TCL QLED TV and the 55-inch variant of the C715 is priced at Rs 55,990. There are of course higher variants available as well of the TCL QLED TV. It isn’t confirmed whether OnePlus will stay with the QLED bandwagon this time around as the company has only teased features like support for Dolby Vision, 93 percent DCI-P3 colour space, 95 percent screen to body ratio and the fact that the Gamma Engine, which was there in the Q1 will be there on these TVs as well. Since the Q1 TVs supported Dolby Atmos as well, it is likely that the new TV will do the same. Whether we will see any HDMI 2.1 features like eARC remains to be seen. With a lot of budget TVs offering Dolby Vision and smooth Android TV experience, it will be interesting to see how OnePlus distinguishes itself from the crowd.

Which brings us to the OS and UI. The OnePlus Q1 and Q1 Pro ran on the Android TV platform with OnePlus’ own Oxygen Play overlaying it. We don't see any reason for the company to deviate from this, rather we think improvements could be made to the UI and UX the TV comes with. The Q1 Pro gave users the best of Android TV and Oxygen Play as UI options, similar to what Xiaomi does with its PatchWall and Android TV options on TVs. OnePlus’ app integration the last time around was impressive giving users features like screenshots, seamless app controls and more and we think the experience could be better refined this time around. Nothing is known about the UI and OS of the upcoming TVs. This is us making an educated guess.

One of the weakest elements of the OnePlus Q1 TVs was the remote control that came with it at launch. It was unergonomic. OnePlus did release a refreshed remote control later on which improved on some of the problems with the original remote control. Whether OnePlus decides to stick with the second-gen remote control or go back to the drawing board and come up with something new is yet to be seen. One of the best features about the first-gen remote control was the USB-C charging. We hope that it is retained.

OnePlus TV made in India

Information circulating the internet suggests that OnePlus has partnered with Skyworth to manufacture its TVs in India. OnePlus has done this to take advantage of zero import duties of the key component which is the open cell TV panel. It accounts for 70 percent of the cost of the TV. This will help OnePlus keep the cost of the TV down and be more competitive in the Indian market. OnePlus is also making its OnePlus 8 family of smartphones in India in the Oppo facility in Greater Noida, so it is possible that the company is making its TVs in India as well. This isn’t confirmed though. You can read more about it here.