Android TV is real and it's headed to your living room

Android TV will focus on making it very simple for users to access content on their television. 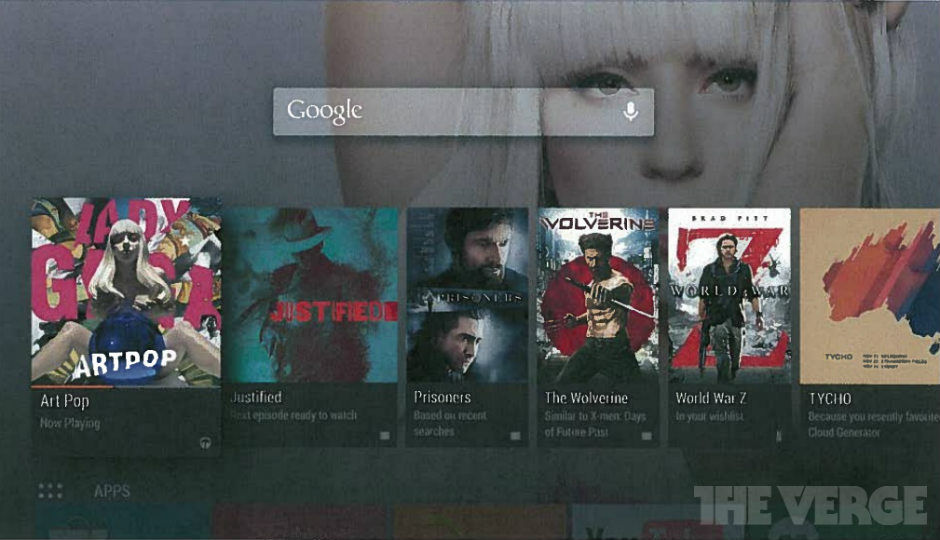 Android TV is real and it's headed to your living room

It’s a well known fact that today’s tech companies are looking at the television (and your living room) to bring in the next wave of innovations. So far, the progress has been interesting but nothing has emerged that has managed to capture mass attention. Google hopes to change that and that’s why it’s hard at work on something branded ‘Android TV’.

According to The Verge, who got their hands on documents pertaining to the development of Android TV, Google’s new plan is to create an interface for your TV that will make it exceedingly easy to access both content and apps. What this means is that the moment you switch on your TV, you will see a large grid of tiles which will give you one click access to content and can be interacted with the help of a remote or a touchpad. However, while the apps will be present under an apps section, Android TV will make sure that TV focused content (such as movies or TV shows) will be immediately visible once the TV is on. According to The Verge, services like Hulu, Netflix and Vevo are already building their respective apps for Android TV along with Google’s own apps such as YouTube and Hangouts.

To make sure that Android TV is an attractive proposition for the masses, Google has apparently done away with smartphone-like features such as touchscreen and camera support, phone features and NFC. Unlike Smart TV solutions from LG and Samsung, Android TV is expected to be installed on set top boxes rather than the televisions themselves. This could bring Google into competition with its own OEM partners, especially those with designs on the living room. There’s also no real clarity on how Android TV will behave with other hardware that have similar focus- especially the Xbox One, which wants to be your set top box, as well.

Now, before you get blinded by your own excitement, it’s worth pointing out here that it will take a long, long time before Android TV shows its face in India. Most of the apps and content providers we’ve talked about above are very U.S. focused with little or no presence in India. However, considering the massive popularity of Android in India, Google could approach similar Indian content providers (such as BigFlix or Spuul) but that is just us speculating, and wildly at that.

It will be interesting to see if Android TV actually manages to become real and mainstream or if it will fizzle out like Google TV.