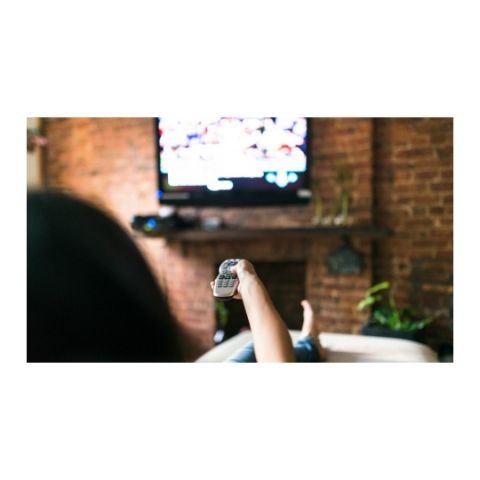 TRAI’s new order marking changes to TV channel selection will be implemented from February 1. Those who have a DTH connection in their home will need to select channels, individually or from bouquets, that they want to watch. The new rules are meant to save money for TV channel subscribers but it remains to be seen if consumers will actually be able to save money or not under the new scheme. The date of implementation of new rules draws near and almost all the major DTH subscribers have announced the process, which their consumers will need to follow for watching TV channels under the new scheme. Here’s a rundown.

Tata sky has set-up a web-portal where its users can log-in and select various options on how to recharge under the new scheme. One can visit the website here and login using their Registered Mobile Number (RTN) or subscriber ID. They will then be presented with three options, ‘Recommended for you’, ‘Tata Sky Packs’ and ‘All Packs and Channels’. The first option will be based on the current pack that is activated for the user, while the Tata Sky Packs are all “Curated & Regional Packs by Tata Sky.” The third option is basically a listing of all channels and bouquets provided by the network broadcasters.

We logged in to find that the 'Recommended for you' option suggested a considerably more expensive option compared to our current connection. The current pack we have is the Sports Dhamaka pack, which is priced at Rs 420 per month with 221 channels and services. The new option suggested a new plan priced at Rs 646 per month that “Matches key channels.” The second option of Tata Sky Packs is basically a selection of Bouquets by different broadcasters and it just might work for someone, depending upon the channels they want to watch. Under all Packs and Channels, one will find the a-la-carte option to select the channels they want to watch.

However, we noted that Tata Sky is charging over the maximum price of Rs 19 for some SD and HD channels, more than prices specified by broadcasters. UPDATE: This increased pricing is because of the added GST tax of 18 percent on a channel.

Airtel Digital TV subscribers will get to choose channels under the new TRAI rules when they log in to the company’s Subscriber Corner, which can be accessed here. Users can then proceed to view their Digital TV connections and click on 'Proceed to Recharge' option. In the next window, under the Connections tab, there is a banner that enables one to select channels under new TRAI rules. Clicking on the option will open a new web-page that displays packs curated by Airtel and scrolling down, one can choose from Broadcaster Bouquet or a-la-carte mode. The prices listed by Airtel seem to be on the higher side but this could be due to the addition of GST tax of 18 percent. Update: We reached out to Airtel for clarification and it is confirmed that channels with increased prices are due to addition of GST tax.

Users who want to go through the same process offline can navigate to channel 998 and make their own plans or select from a range of recommended plans as per the new TRAI guidelines. On the said channel, they will get to see the new channel prices and select them, in an a-la-carte mode and/or as bouquet plans. They can then scan a QR code from their TV via their phone and send it to 54325 for activating the pack with their selected channels. The selected pack will be activated on their connection from February 1. A demonstration of how to go with the process is also available on channel no 999.

Videocon D2H service provider is also sending a notification to its users to head over to its web-portal and select the channels they want to watch. And we did, however, we had a tough time finding the new options as the new web-pages are hidden under the Consumer Corner tab on the top bar. One will need to select 'Create Your Own Pack' under the 'Consumer Corner' tab to select channels or bouquets to proceed with creating a new plan for their DTH subscription under the new mandate. One can click here to visit the Videocon website, log in and create a plan for their connection.

Dish TV users will find the option to register for the TV channels they want to watch by navigating to the DTH provider’s website. The option to do so pops up on the website and one can log-in and select the channels or bouquets they want. There are also some pre-provided Dish Combo plans, which might interest users. You can access the website here to select the channels you want to watch.

What you need to know

TRAI said that its new rules are meant for reducing cable and DTH bills and they will go into effect from February 1. Almost all network broadcasters have announced the new pricing for their TV channels and under the new rules, every DTH service provider will charge a mandatory Network Capacity Fee (NCF) of Rs 130 + taxes, total not exceeding Rs 154, that will accommodate 100 Free-to-Air (FTA) channels. In case one wants to add more channels, they will need to pay an additional Rs 20 for getting network capacity of 25 additional channels. Meanwhile, we are trying to clarify why certain channels are priced higher by DTH providers.

DTH channel selection becomes easier with TRAI Channel Selector web app: How to use, channel pricing and all you need to know