Airtel has alleged that Reliance Jio wrongly classified 95% of its users in J&K as postpaid subscribers, after police in the region directed all telecom carriers to suspend prepaid services. 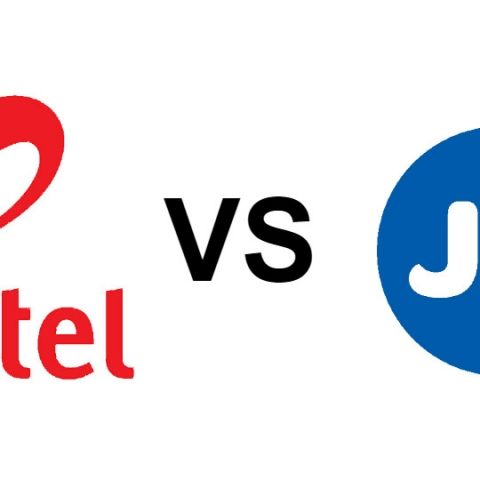 Bharti Airtel is seeking the cancellation of Reliance Jio’s telecom license in Jammu & Kashmir. The incumbent telecom operator has alleged that Reliance Jio flouted subscriber verification guidelines, causing a serious security breach in the J&K region. Airtel has accused Jio of wrongly classifying 95% of its subscribers in the region as postpaid users. Further, Airtel has accused Jio of ‘blatant manipulation and violation of directions,’ resulting in compromised security of the sensitive region.

Airtel has written to the Department of Telecom (DoT) seeking punitive action on Reliance Jio’s rule violation. “By violating the subscriber verification guidelines, RJIL has caused a serious security breach and is therefore liable for punitive action in terms of clause 39.11(i) of the unified licence,” Airtel wrote in its official complaint to the DoT. The company further added, “The act of providing the services to prepaid customers by fraudulently disguising these customers as postpaid customers has seriously compromised the security of the state as well. Hence, a more stringent action by cancellation of license of J&K service area should be taken, in line with clause 10.1 (ii) of unified licence agreement.”

The clauses mentioned by Airtel call for the setting up of a committee to investigate the alleged security breach and decide on a Rs 50 Crore penalty for each lapse. Another clause asks for suspension of Jio’s license for endangering the lives of security personnel in the area.

On May 27, the J&K Police had directed all telcos to stop their services citing security reasons. However, an exception was made on voice services for postpaid users. Airtel has alleged that this is the reason Jio wrongly classified its prepaid users as postpaid, and the company has also sought permission from the government that other telcos be allowed to do the same.

Reliance Jio has rubbished Airtel’s allegations, calling them ‘completely baseless, malicious and tantamount to willful disparagement.” In a response to ET’s questions, Jio has also said that there is no difference between the processes of registration of prepaid or postpaid customers. Jio also took a firm stand against Airtel’s accusations saying, “Each of the processes has been strictly followed by RJIL in accordance with the stringent norms and guidelines prescribed by the Department of Telecom and the J&K government with regard to subscriber acquisition in the state.”

Reliance Jio and Airtel have been at loggerheads for a while now. Reliance Jio's competitive pricing plans and free voice, data offers threw other telecom operators off their game, causing a war in India's telecom industry. Jio and Airtel have previously argued over prefrential treatment to the former by the Telecom Regulatory Authority of India (TRAI). The two have also locked horns over Airtel's misleading Ad campaign claiming to be the fastest network in the country. Looks like the telecom war between Airtel and Reliance Jio is here to stay and the duo will continue to battle it out over special offers and tariff plans for time to come.