Yu Yutopia expected to launch this month, may run Snapdragon 810

CEO Rahul Sharma tweeted about the phone, calling it the 'Most Powerful smartphone on the planet'. 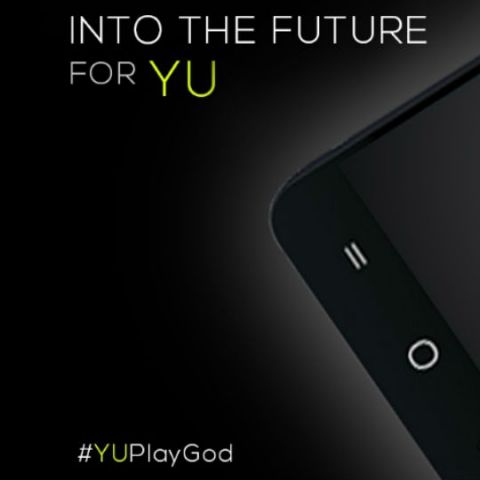 It seems Micromax's Yu brand is ready with its next smartphone, known as the Yu Yutopia. Founder Rahul Sharma announced the phone, calling it the "Most powerful smartphone on the planet." Further, Sharma also wrote a forum post about the phone, stating, "We have been working very hard to come up with the most powerful phone on this planet, yes you heard it right THE MOST POWERFUL PHONE EVER, and boy, do we hit our target this time…..the answer is YESSSSSSSSSS! The Most Powerful Phone on this planet will be from YU for YOU and from India, making the YU clan the most POWERFUL in the World!."

Proud to announce that the 'Most Powerful phone on the planet' will be from INDIA. #YUTOPIA. Stay tuned http://t.co/uUFrCArhcx

While no other details have been provided by Yu Televentures, this could be the Snapdragon 810-powered smartphone that was expected of the company some time ago. If true, the device should compete directly with the OnePlus 2, and should have similar features. This would mean that along with the Snapdragon 810 SoC along, the phone will come with 4GB of RAM and a 1080p or 2K display display. In addition, it will have at least 32GB of internal storage, and 13MP and 8MP cameras on the back and front.

Having said that, we haven't been able to get any information on the pricing of the smartphone yet. If the specs are true though, the device should cost around the same as the OnePlus 2, unless Yu decides to drop the price even more so as to offset the sales of the OnePlus 2. In addition, Yu should continue to follow the flash sale model that it has used till now. Whether it will be specific to a particular e-commerce portal though is unclear at the moment.

This would be the fifth smartphone from Micromax owned Yu Televentures in India. The company had kicked off last year with the Yu Yureka smartphone, following that with the Yu Yuphoria and then the Yu Yureka Plus and the Yu Yunique. The company has a the exclusive rights to Cyanogen Inc's Cyanogen OS in India, making it the only manufacturer to sell phones running on the OS. The Yu Yutopia is also expected to come with the same.