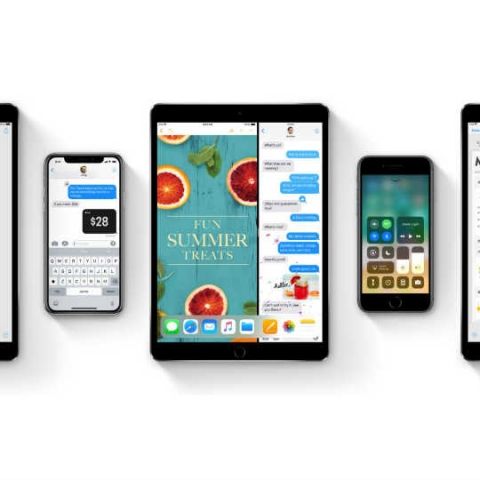 Apple’s new and improved iOS 11 features a new Control Center and lets users toggle various settings such as Bluetooth, Wi-Fi, hotspot mode and more. A report by motherboard revealed that the Bluetooth and Wi-Fi radio settings are not actually turned off even after you tap on them in the Control Center.

This sounds like a bug right? Not really. Apple’s documentation states that it is what the company intended and is supposedly a feature. In its documentation, Apple stated that, " in iOS 11 and later, when you toggle the Wi-Fi or Bluetooth buttons in Control Center, your device will immediately disconnect from Wi-Fi and Bluetooth accessories. Both Wi-Fi and Bluetooth will continue to be available." This means that the Apple device will disconnect from all access point, but will keep the radio still turned on. As per Apple’s documentation, this is done so to enable the iPhone to be able to continue using AirPlay, Apple Watch, AirDrop, Apple Pencil, Location Services, and other features.

In order to turn the Wi-Fi and Bluetooth off completely, users need to turn them off via settings. Andrea Barisani, a security researcher noticed and reported this change in a Twitter direct message to Motherboard that the new UI is not at all obvious and makes the user experience more "uncomfortable."  Barsini further states that turning off Bluetooth and Wi-Fi reduces exposure to potential hardware, firmware and software attacks and is a good practice as well.

Recently, a Bluetooth malware named BlueBorne was infecting devices without even the need to pair with the victim’s gadget. BlueBorne allows attackers to take control of devices, access corporate data and networks, penetrate secure "air-gapped" networks, and spread malware laterally to adjacent devices. Security researchers have already warned users to be wary of the state of their devices. Keeping Bluetooth and Wi-Fi turned on all the time takes a toll on a device’s battery and drains it quicker, although new devices are designed with this in mind and try to lessen the impact.