Xiaomi to launch “Desh Ka Smartphone” today: Livestream, specs, price and everything else you need to know 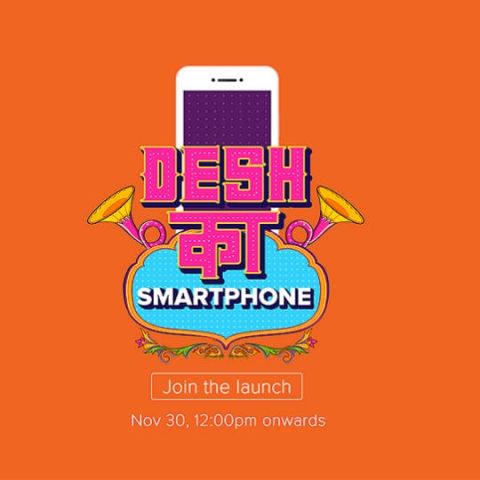 Xiaomi is all set to unveil its “Desh Ka Smartphone” at 1PM today. The smartphone is expected to be an entry-level device. It is speculated that the company’s upcoming smartphone could be the Xiaomi Redmi 5A which will be launched as the successor of Xiaomi Redmi 4A. Xiaomi is holding a web event to unveil the device which will start at 1:00 pm IST and users can watch the live event on the company’s website here.

The “Desh Ka Smartphone” (or the speculated Redmi 5A) is expected to be priced at par or lower than Xiaomi’s cheapest smartphone in India, the Redmi 4A, which starts at Rs 5,999. Flipkart recently dedicated a webpage for the upcoming Xiaomi smartphone announcing that it will be exclusive to the online retailer. As per the teasers on Flipkart, the smartphone is expected pack a large battery and will offer better multitasking than its competitors.

As the upcoming smartphone could be the Xiaomi Redmi 5A, let's take a look at its specs. The Xiaomi Redmi 5A features a 5-inch HD display with a resolution of 1280 x 720p and is powered by a Snapdragon 425 Quad-core chipset and 2GB of RAM. It sports 16GB of onboard storage, which can be further expanded up to 128GB using a microSD card.

The Redmi 5A comes with a 13MP rear camera with f/2.2 aperture and sports a 5MP front-facing camera with f/2.0 aperture. The main camera can record both 1080p and 720p videos at 30fps. The smartphone runs on MIUI9 atop Android Nougat and is backed by a 3000mAh battery. In terms of connectivity, the smartphone features Wi-Fi, Bluetooth 4.1, GPS and 4G LTE and launched in China in Gold, Rose Gold and Silver Grey colour models.