Xiaomi teases launch of new selfie-centric smartphone in India on November 2, could be Mi Note 3 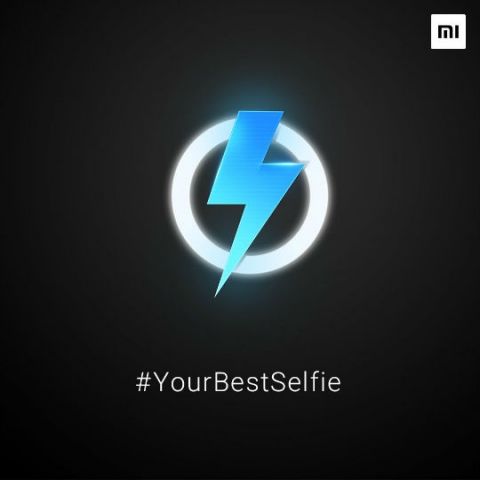 Xiaomi will launch a new series of a selfie-centric smartphones in India on November 2. The wording 'A New Series Is Coming' used in the teaser is similar to the one used ahead of the launch of Mi A1, which brought Google's Android One back to the mainstream.

The teaser also shows a lightning symbol indicating the upcoming device will support some form of fast charging. With the new series, Xiaomi is also clearly indicating that it is planning to take on the likes of Vivo, Oppo and Gionee, which offer better selfie cameras than the competition. In a separate tweet, Xiaomi India Managing Director, Manu Jain added that the company has multiple surprises planned for the launch of the 'Best selfie' smartphone. This is the first time Xiaomi is clearly indicating that it will launch a smartphone that offers a superior selfie camera.

Multiple surprises planned for the launch of the BEST selfie smartphone. Hints on this table Any guess? #YourBestSelfie pic.twitter.com/HshUnpRe9N

The teaser suggests that Xiaomi will finally launch its Mi Note series in India, which not only offers a superior selfie camera and also supports fast charging. The Mi Note 3 was launched alongside Mi Mix 2 at an event in China last month. The smartphone features a 5.5-inch full HD display and is powered by Qualcomm's Snapdragon 660 chipset. The Mi Note 3 comes standard with 6GB RAM and option for either 64GB or 128GB internal storage.

The Mi Note 3 borrows the dual rear camera setup found on company's flagship Mi 6 smartphone. It features dual 12MP rear cameras with one wide-angle lens and another telephoto lens supporting 2x optical zoom. It also features a 16MP selfie camera with larger 2-micron pixel size and support for new beauty 4.0 mode. The software is fused with artificial intelligence for scene optimisation and adequate whitening. The features will make it competitive against selfie-centric smartphones from Oppo and Vivo.

The Xiaomi Mi Note 3 doesn't feature a bezel-less design and features a front-mounted fingerprint sensor. The handset is backed by a 3500mAh battery and supports Qualcomm's Quick Charge 3.0 for fast charging. The Mi Note 3 starts at 2,499 Yuan (around Rs 25,000) and considering Xiaomi's track record, the smartphone will be competitively priced here.

Xiaomi has had a great year in India since the launch of Redmi Note 4 in January this year. The company claims to have sold over 4 million smartphones during this Diwali and has already confirmed selling over 5 million Redmi Note 4 since launch. With strong sales of its mid-range smartphones, Xiaomi is moving towards premium mid-range segment with the launch of Mi Mix 2 this month and Mi Note 3 will be just another addition to tap into this space