Xiaomi reveals Redmi 5, Redmi 5 Plus with thin-bezel display ahead of official launch

The Xiaomi Redmi 5 and Redmi 5 Plus smartphones are now confirmed to sport a thin-bezel design and an 18:9 display ratio. 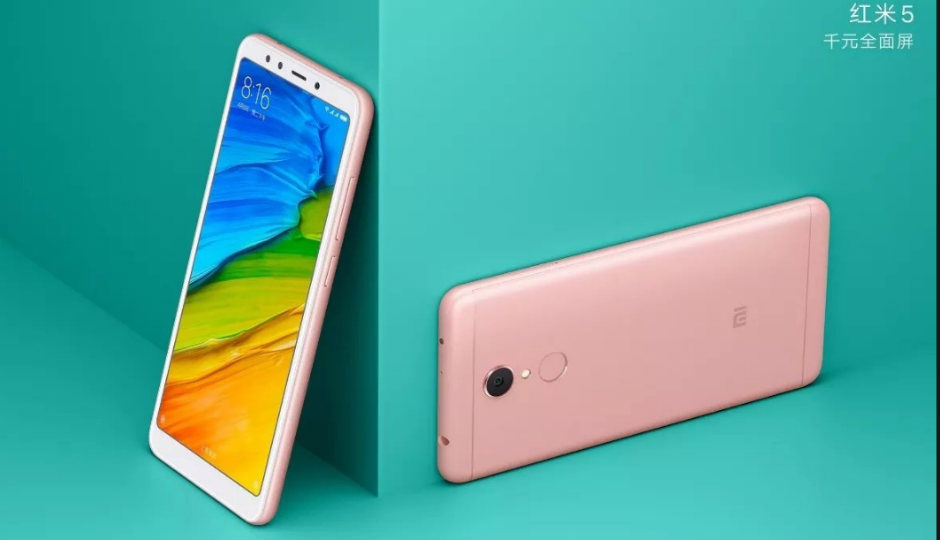 Xiaomi reveals Redmi 5, Redmi 5 Plus with thin-bezel display ahead of official launch

Xiaomi is all set to launch their Redmi 5 and the Redmi 5 Plus smartphones in China on December 7. Ahead of the official launch, Donovan Sung, Xiaomi’s global spokesperson has given a sneak preview of the upcoming smartphones by posting its photos on Twitter. The images confirm that the smartphones will come with reduced bezels and an 18:9 display.

The images also reveal that both the smartphones will sport a rear mounted fingerprint sensor and will skip on hardware capacitive buttons on the front to accommodate the taller display. The Redmi 5 was previously spotted on the TENAA website, which revealed some of the smartphone's hardware specifications.

Is everyone ready for the all-new Redmi 5 and Redmi 5 Plus? We're launching these two new devices in China on Thursday Dec 7. Giving everyone a sneak preview!  #Xiaomi pic.twitter.com/ESbaejpTJV

As per the TENNA listing, The Redmi 5 could be powered by a 1.8GHz Octa-core processor which is speculated to be the Snapdragon 450 SoC. It will comes with a rear-mounted fingerprint sensor and could be backed by a 3200mAh battery.

The Redmi 5 listing also reveals that the device might launch in three configurations of 2GB RAM/16GB ROM, 3GB RAM/32GB ROM and 4GB RAM/64GB ROM. The smartphone is expected to support expandable internal storage of up to 128GB via a microSD card.

The Redmi 5 Plus, on the other hand, is rumoured to be powered by a Snapdragon 625 SoC. It was also rumoured to sport a dual camera setup with dual-LED flash. However, the smartphone’s official images debunk the dual camera rumour and reveal that the it will come with a single rear camera setup.

Further, the Redmi 5 Plus is expected to be backed by a 4000mAh battery and could be launched with 3GB RAM and 32GB internal storage.

Both the Redmi 5 and Redmi 5 Plus are expected to launch in Black, Rose Gold, Gold, White, Blue, Red, Pink, Gray and Silver colours.