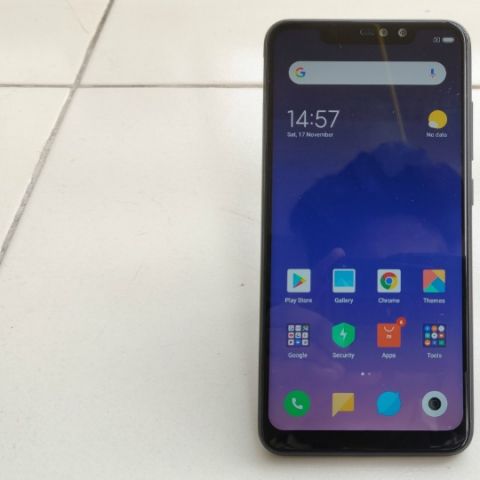 Flipkart has designed a dedicated page for the Xiaomi Redmi Note 6 Pro as the smartphone is all set to launch in India on November 22.

Flipkart has announced that the hotly anticipated Xiaomi Redmi Note 6 Pro will go on first sale in India on November 23. The e-commerce website has designed a dedicated product page for the smartphone and it will be offered as a part of the Black Friday Sale on the platform. Flipkart has roped in HDFC as its exclusive credit and debit card partner, so one can expect the bank to offer cashback or No-Cost EMI deals on the purchase of the Redmi Note 6 Pro. Last week Xiaomi India had sent out invites to an event taking place in New Delhi, and Manu Kumar Jain, Managing Director of Xiaomi India, has tweeted to confirm the development.

Jain also tweeted a link to the countdown page for the launch of the Redmi Note 6 Pro in India, which has now been updated with a screenshot of Flipkart’s availability announcement. The link also includes the invite that the company had sent to the media fraternity, which noted “The New Note Rises”. Xiaomi officially announced the Redmi Note 6 Pro smartphone in Thailand in the last week of September at a price of THB 7,000 (approx Rs 15,200). The phone was announced in Black, Blue and Rose Gold colour models and it is posiible that the company might unveil the same colours in India as well. 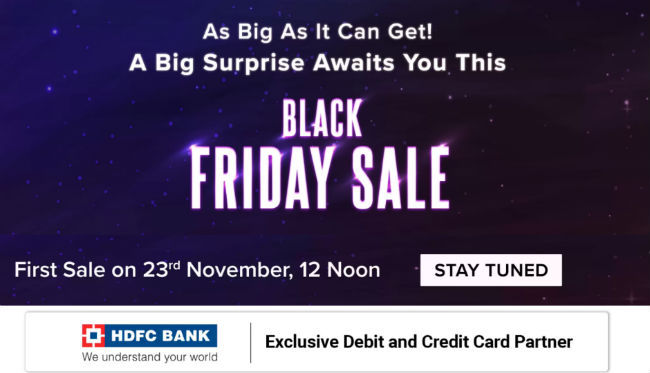 The Xiaomi Redmi Note 6 Pro features a 6.26-inch full-HD+ IPS LCD display with a 19:9 aspect ratio. It sports an 86 percent screen-to-body ratio. The Redmi Note 6 Pro is powered by a Qualcomm Snapdragon 636 processor which is complemented by 4GB RAM and 64GB of internal storage. There is no information available on whether the company will bring other variants to India. Generally, Xiaomi launches multiple variants to wholly cover the Rs 10,000 to Rs 15,000 segment.

When it comes to the design, the Redmi Note 6 Pro is similar to its predecessor but gets a notch on the display to house dual camera sensors. The dual cam setup on the phone comes with AI-enabled features and a Beauty Mode. The device comes equipped with a dual-camera setup on the back as well and has 12MP and 5MP sensors. The 12MP sensor features f/1.9 aperture with 1.4um pixels and supports dual auto-focus. The second one is a 5MP depth sensor. On the front, there is a 20MP main sensor which supports 4-in-1 pixel binning and a 2MP depth sensor. The phone is powered by a 4000mAh battery which the company says can last up to two days on a single charge.