Xiaomi Redmi Note 5 is expected to adopt the new bezel-less design with thinner top and bottom bezels. The TENAA listing suggests it will get a 5.99-inch display with 18:9 aspect ratio, octa-core processor and single rear camera. 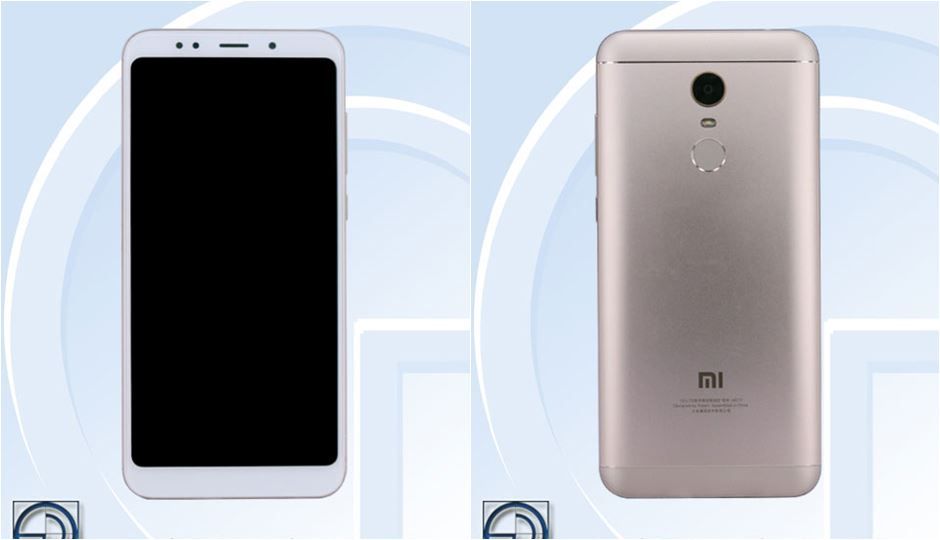 Xiaomi Redmi Note 5, the follow-up to the company's best-selling Redmi Note 4 has appeared in China's TENAA certification authority ahead of official launch. The two announced Xiaomi smartphones with model numbers MET7 and MEE7 sharing identical specifications have appeared on the listing, indicating these could be the next Redmi Note series smartphone.

Interestingly, both the models sport a display with the new 18:9 aspect ratio. The Redmi Note 5 was initially tipped to launch in August with Snapdragon 630 chipset. The smartphone leaked in the form of renders recently suggesting the new design with thinner bezels and dual rear camera setup. However, the TENAA certification shows that Redmi Note 5 will stick with a single camera setup.

The TENAA listing suggests that the Redmi Note 5 will feature a 5.99-inch Full HD+ display with a resolution of 2160 x 1080 pixels. It refutes previous rumours claiming Xiaomi will stick with 5.5-inch display found on existing Redmi Note 4. On the design front, Xiaomi is following the leads of other Chinese smartphone makers like ZTE and Vivo to adopt a smaller top and bottom bezel. The bezel-less design on the Redmi Note 5 will definitely not be comparable to the Mi Mix 2.

The listing further confirms that the MET7/MEE7 is powered by an octa-core chipset clocked at 2GHz. It could be the MediaTek Helio P25 or the previously rumoured Snapdragon 630. Some reports also indicate that Xiaomi might opt for a Snapdragon 660 for the more premium variant. The listing clarifies a single 12MP rear camera setup with dual-LED flash and a 5MP selfie camera. It will be a dual-SIM smartphone with LTE support offering hybrid SIM slot. The Redmi Note 5 will also sport a rear-mounted fingerprint sensor and include connectivity options like dual-band WiFi 802.11ac, Bluetooth 4.2, GPS with GLONASS and IR blaster. The smartphone will run on MIUI 9 based on Android 7.1.2 Nougat.

TENAA has certified the MET7/MEE7 with 3GB RAM and 32GB internal storage but previously the smartphone was detailed to arrive in three storage options: 3GB RAM variant with an option for either 16GB or 32GB internal storage and 4GB RAM variant with 64GB storage. The device will be backed by a 4000mAh battery and could start at 999 Yuan (approximately Rs 10,000), making it one of the cheapest smartphone to feature the new bezel-less design. TENAA also expects the Redmi Note 5 to be available in Black, Rose Gold, Gold, White, Blue, Red, Pink, Grey and Silver colour choices.

Xiaomi has sold over 5 million units of the Redmi Note 4 in India alone and it continues to drive the company's sales in its home market as well. The smartphone has helped Xiaomi to reclaim its place among the top five smartphone makers globally and with Redmi Note 5, the company might bring a taller display to cheaper price point.