Xiaomi Redmi 5, Redmi 5 Plus with 18:9 display ratio to launch on December 7 in China 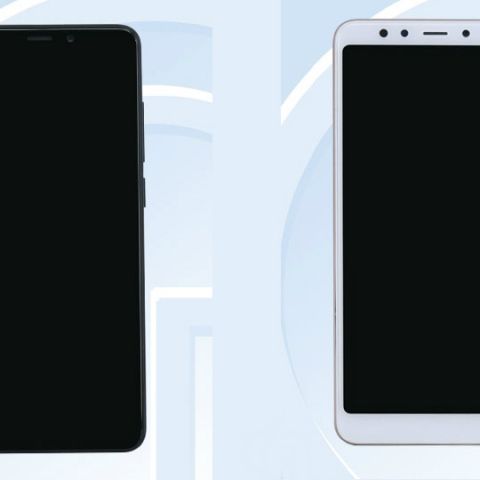 Xiaomi has set December 7 as the launch date for their upcoming smartphones, the Xiaomi Redmi 5 and the Redmi 5 Plus in China. The company made the announcement via a post on Weibo which revealed that both the smartphones will feature a “Full Screen” display with an 18:9 aspect ratio, which is similar to the smartphone’s previous leaks.

Except for the bezel-less display, Xiaomi’s post didn’t reveal much regarding the specifications of the devices. However, two leaked TENNA listings, first spotted by Fonearena, of the Xiaomi MDE1 and the MDT1 are presumed to be of the Redmi 5 smartphone. The listing reveals a smartphone with a 5.7-inch HD+ Univisium display.

The Redmi 5 is expected to be powered by a 1.8GHz octa-core processor which is speculated to be the Snapdragon 450 chipset. It also comes with a rear-mounted fingerprint sensor and packs a 3200mAh battery. The alleged Redmi 5 listing shows that the device might launch in three configurations of 2GB RAM/16GB ROM, 3GB RAM/32GB ROM and 4GB RAM/64GB ROM. The internal storage can also be expanded up to 128GB via a microSD card.

A previous leak suggests that the Redmi 5 Plus could be powered by a Snapdragon 625 SoC and sport a dual camera setup with dual-LED flash. It is also expected to be backed by a 4000mAh battery and come with a fingerprint sensor placed on the rear. The phone could be launched with 3GB RAM and 32GB internal storage. The smartphone is expected to launch in Black, Rose Gold, Gold, White, Blue, Red, Pink, Gray and Silver colours.