Xiaomi has already launched the Mi Max 3 phablet in China last week, but the company has been keeping mum on the existence of a more powerful variant of the device, the Mi Max 3 Pro. Several reports had claimed that the Chinese conglomerate may launch it this year along with Mi Max 3 but it seems the company has decided to keep the phone -- if it exists -- under wraps. Now, in a new development, two separate reports have suggested that Xiaomi has been working on a phone with Mi Max 3 Pro moniker and it could release soon.

The first news comes from the Qualcomm website, where the device was spotted listed in a processor specification sheet under a column that enumerates phones powered by Snapdragon 710 chip. Along with the Mi Max 3 Pro, Xiaomi 8SE is also listed under the column. In a separate report, the phablet was listed on the Chinese retailer JingDong. Along with some random specifications, the photo on the platform is under a red sheet and only some part of the phablet are visible. 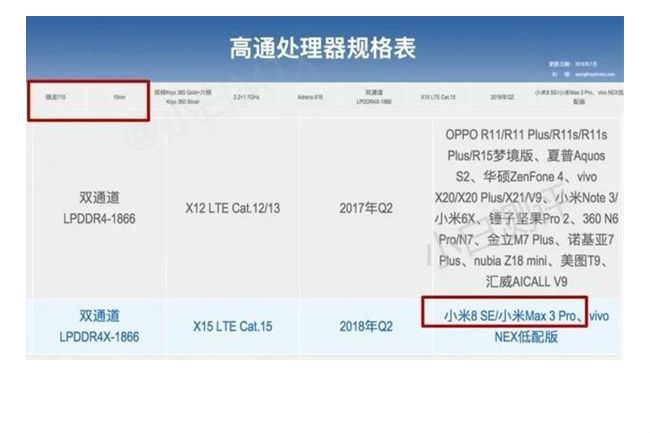 When it comes to the specs, Mi Max 3 Pro is said to sport a powerful processor, more RAM and more battery compared to the Mi Max 3. The Mi Max 3 features a 6.9-inch display with 18:9 display aspect ratio. Mi Max 3 ships with a 1.8GHz Qualcomm Snapdragon 636 processor coupled with Adreno 509 GPU. It has a vertically stacked dual-rear camera setup at the back. The primary camera is a 12MP Sony IMX363 sensor with f/1.9 aperture, with 1.4µm pixel size, and the other is a 5MP unit. On the front, there is a single f/2.0 8MP sensor with 1.12µm pixel size and an LED flash. 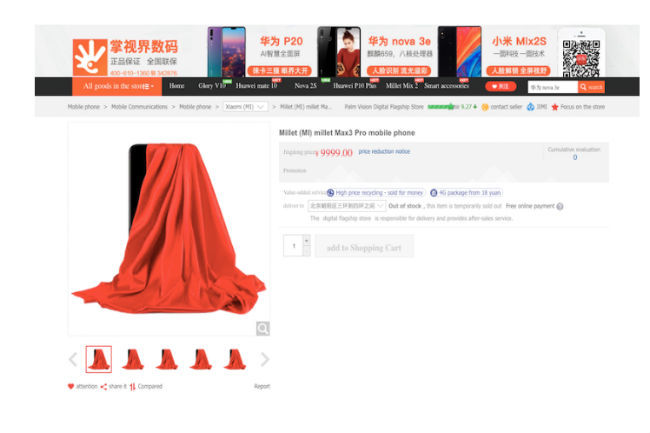 The smartphone is powered by a 5,500mAh battery that supports Quick Charge 3.0. It runs on Android 8.1 Oreo with MIUI on top, has a rear-mounted fingerprint sensor and supports face unlock as well. The company launched the device in two variants: the 4GB RAM/64GB storage variant of the Mi Max 3 is priced CNY 1699 (approx Rs 17,400), while its 6GB RAM/128GB storage model will be available at CNY 1999 (approx Rs 20,400). There is no word on when the the company is planning to bring the phone in India.