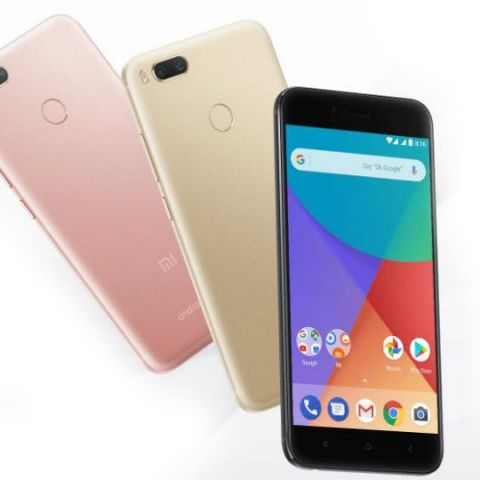 One of the best things about a smartphone belonging to the Android One program is that these devices receive the new builds of Android in a very timely fashion. The Nokia devices have already received their Android 9.0 Pie based updates and now, it’s Xiaomi’s turn. The Chinese electronics giant has flipped the switch on the Android Pie update for the Xiaomi Mi A1.

The OTA update is a major one for the Mi A1 and users would definitely appreciate the added feature of FM Radio being enabled through this update. This feature was currently only available on the Chinese variant of the Mi A1 (called the Mi 5X). Other changes coming via the update, of course, include the Pixel’s Pill button gesture-based navigation, adaptive battery and adaptive brightness features.

The update is being rolled out in a phased manner and our review unit of the Mi A1 has not received the update yet. The Xiaomi Mi A2 (Review), however, has been receiving the Android Pie update globally over the last few weeks. Poco F1, a sister brand of Xiaomi has also started receiving the Android 9 based OS update. For other Xiaomi smartphones which run MIUI, the Android 9 Pie based updates to Xiaomi’s own OS are slated to tentatively start rolling out later in 2019. The Xiaomi Mi 8 which hasn’t yet been released in India has started receiving the update in markets where it's available.

Android 9 Pie brings with it a slew of new features. The most notable of these is the gesture-based navigation. The other features include adaptive battery and brightness, but also App Slices and Actions. Digital Wellbeing is also part of the new Android Pie update and is something people should seriously look forward to. Once the Android 9 update for our review unit of the Xiaomi Mi A1 rolls out, we will update this post with all the features that the phone gets and the features that get left out.