Renders of the Mi 9 surfaced on the web revealing how the phone might look. 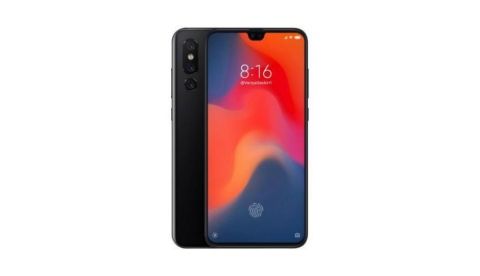 Xiaomi may have stopped shipping their flagship Mi devices to India since the Xiaomi Mi 5, but the company continues to use the lineup to introduce new features at affordable prices. After launching the Mi 8 series last year, it’s all but expected that the company will launch a successor. Expected to be called the Mi 9, renders of the upcoming flagship have surfaced on the web. They not the usual CAD-based renders, but gives a good look at what the Mi 9 will look like.

The phone is likely to sport a 6.4-inch display and will rock a waterdrop notch, much like the OnePlus 6T. The renders depict a tiny notch and in reality, it may be a little bigger. There’s also minimal bezels around the screen, and possibly a screen to body ratio of above 90 percent. The rear panel is more interesting, though. The renders reveal the Mi 9 will sport a triple-camera setup. One of them is likely to be a 48MP sensor, similar to what the Honor View 20 sports. The other two will reportedly be 18MP and 8MP sensors.

The Mi flagship series have always relied on the top-of-the-line Qualcomm processors and the XIaomi Mi 9 is likely to be no different. The Snapdragon 855 is expected to power the phone and will reportedly feature “very fast charging.” Xiaomi CEO Lei Jun said on Weibo that the Mi 9 will support 24W fast charging while leaked specs of the phone had revealed there will be 32W fast charging. The latter seems to be more likely since it matches the specifications of Qualcomm’s Quick Charge 5.

The report states there are likely to be two variants of the flagship phone — M1902F1T/A and MI1903F2A. It’s the latter that the report claims will be the Mi 9. while the former may be the Mi 9 SE. The phone may still be some time away considering the Mi 8 was announced in May last year. Xiaomi does have something to show at MWC 2019, due to kickoff from February 25 in Barcelona. It’s expected the company will launch the 5G variant of the Xiaomi Mi Mix 3.