Xiaomi founder and CEO Lei Jun posted a teaser poster revealing the launch date. There is another poster showing Roy Wang from TFBoys holding the Mi 9. 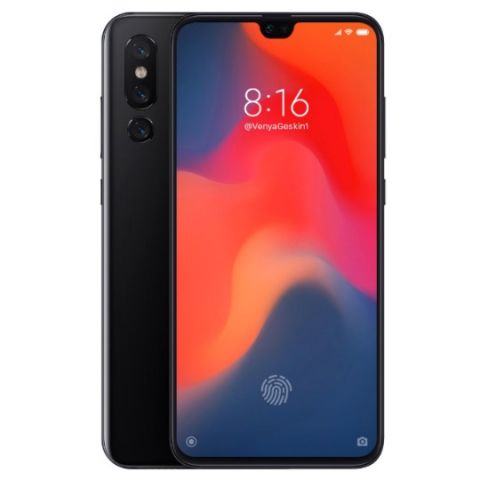 Xiaomi will launch the Mi 9 smartphone in China on February 20, company Founder and CEO Lei Jun has confirmed. The executive posted a teaser poster on his official Weibo account extending an invitation to the Mi Fans. There is another poster on the Chinese social media platform in which Roy Wang from Chinese boy band TFBoys is seen holding the phone. This poster also reveals that the phone will sport three cameras on back.

A quick translation of Jun's post reads that Xiaomi is calling the phone a “super-powerful flagship of the year” and he claims that  the Mi 9 is the “best-looking millet (Mi) phone so far.” Jun also revealed the the internal code name of the phone, the “Battle Angel.” Previous reports have said that Xiaomi could launch two phones: the regular Mi 9 and the Mi 9 SE. Xiaomi hasn’t shipped any Mi device in India since the Mi 5, and there is no info on whether it’ll launch this device in India. 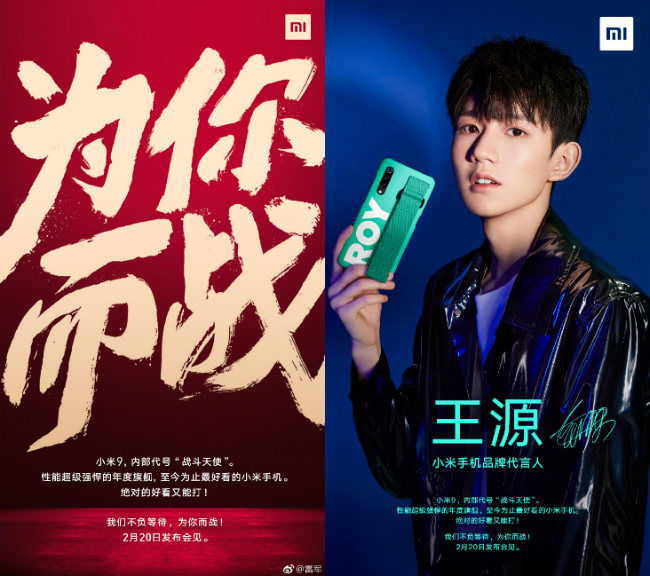 Last month, renders of the flagship surfaced on the web showing a waterdrop notch. The phone is likely to sport a 6.4-inch display with minimal bezels, and could offer a screen to body ratio of approximately 90 percent. The renders revealed a triple camera setup at the back and this has now been confirmed through the poster on Weibo. It could be possible that the Xiaomi Mi 9 sports a 48MP sensor, an 18MP one and an 8MP sensor.

Mi is Xiaomi’s flagship series and it always had the top Qualcomm processors and the Xiaomi Mi 9 is expected to have the Qualcomm Snapdragon 855 processor under the hood. Previously, Jun had said on Weibo that the Mi 9 will support 24W fast charging, however, leaked specs revealed that there will be 32W fast charging. Xiaomi also making an appearance at the MWC this year, and it could be possible it will showcase the phone there. The company is expected to launch the 5G variant of the Xiaomi Mi Mix 3.