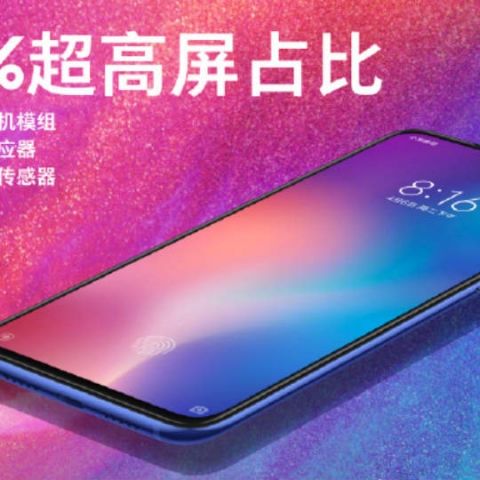 Since the announcement of the launch date of the Mi 9, Xiaomi CEO and Co-founder Lei Jun has been regularly releasing images of the phone and talking about its features on Weibo. In the latest post, the executive shared renders of the flagship device showing it from the front. Along with the images of the phone, Jun also talked about the display and listed eight points detailing the technology used in producing the screen of the handset.

A quick Google translation of Jun’s post notes that the executive talked about display technology with the dedicated team that “was established a few years ago”. From the images we can see that phone has a waterdrop notch and a chin. Jun claims that the Mi 9 will have a 90.7 percent screen-to-body ratio owing to the slimmer lower bezel. Reportedly, the bezels are 40 percent thinner than its predecessor and the phone uses a FHD+ AMOLED display provided by Samsung. 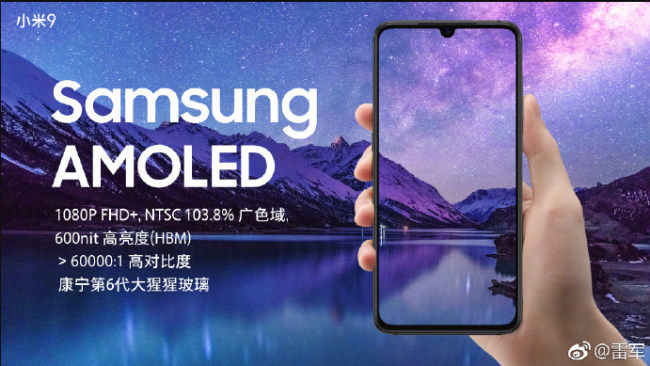 The display offers 103.8 percent NTSC super wide colour gamut and up to 600 nits of brightness. Jun also claims that the display on the Mi 9 delivers accurate colours and comes with optimisations like night mode. There is a “Game Mode” that enhances the “night scene contrast” to improve the overall game play. The phone is said to come with the second-generation “sun screen” that enables users to see clearly under strong sunlight.

Jun notes that the second generation of “sun screen” also makes colours more realistic under strong light (the first generation of the technology was released in early 2015). The display, which is protected by the Corning Gorilla Glass 6, is said to come with an eye protection technology that has got certification from the German Institute of Electrical Engineers. It is also said to come with a fifth-generation optical in-display fingerprint scanner which is claimed to be 25 percent faster than the previous generation. 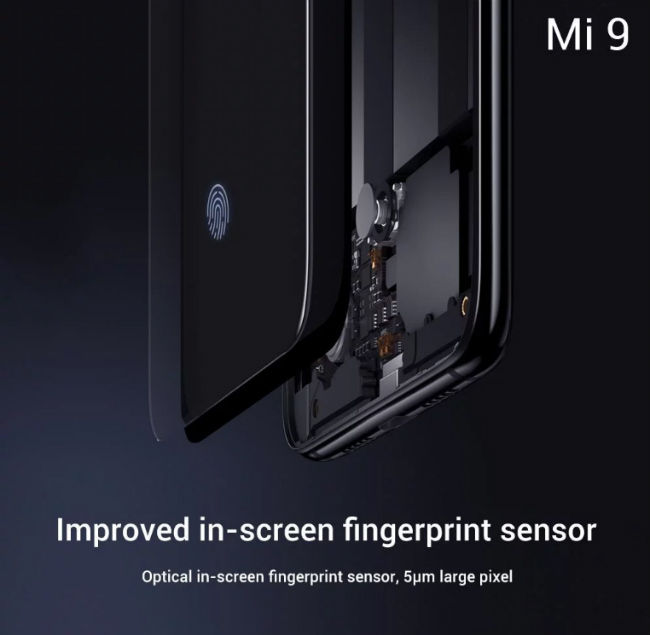 Meanwhile in a related report, Jun also confirmed that Xiaomi will launch a phone with a 12GB RAM that will have a transparent back panel, like we have already seen in Xiaomi Mi 8. If true, the Mi 9 will be the third phone to sport a 12GB RAM. Till now, Lenovo has announced that the Z5 Pro GT will have this capacity of RAM. A few days ago, a report claimed that Samsung will also be launching a 12GB RAM variant of the Galaxy S10. All these phones will have Qualcomm Snapdragon 855 mobile platform under the hood. 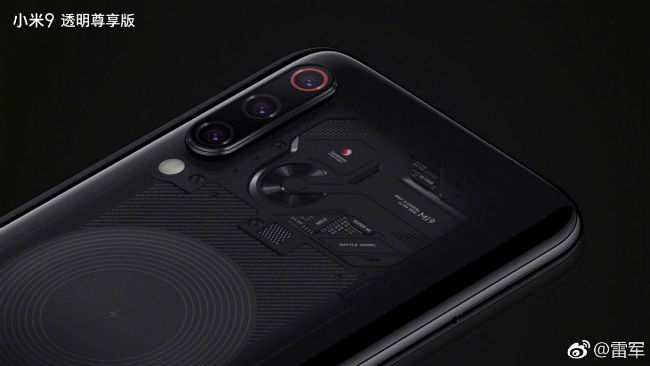 Most recently, Jun delved out the details of the camera saying that the primary camera on the back is the Sony IMX586 48MP sensor with f/1.75 aperture lens. The second camera is a depth sensing 12MP f/2.2 sensor with 2x optical zoom. The third camera is a 16MP sensor with f/2.2 aperture and a 117-degree wide viewing angle. On the front, the phone will sport a 20MP sensor. Xiaomi will launch the Mi 9 in China on February 20, the same day Samsung is announcing its Galaxy S10 smartphones in San Francisco.