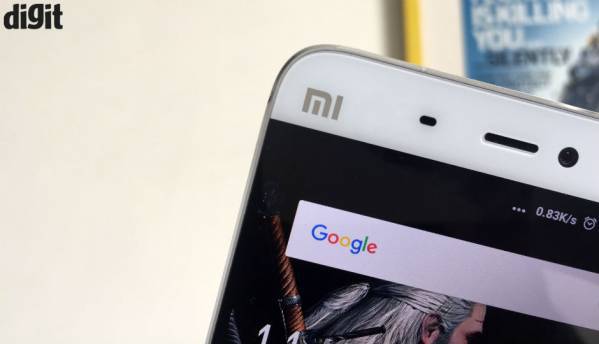 Xiaomi is all set to unveil its Mi Mix 2S on March 27, however, Xiaomi’s rumoured gaming ‘Blackshark’ smartphone has also been spotted online ahead of the launch. The device was spotted on GeekBench with codename Blackshark SKR-A0 and the listing has also confirmed some of its previously reported specifications.

According to the listing, the mobile phone scores 2452 on single-core tests and 8452 in multi-core testing, which is quite high in terms of performance. Similar to what the previous reports tipped, the smartphone is powered by the Qualcomm Snapdragon 845 SoC with 8GB RAM and is running on Android 8.0 Oreo. The Blackshark was previously seen on the AnTuTu benchmarks featuring a full HD+ (1080x2160p) resolution with an 18:9 display aspect ratio. It scored an impressive 270,680 on the AnTuTu benchmark as well. 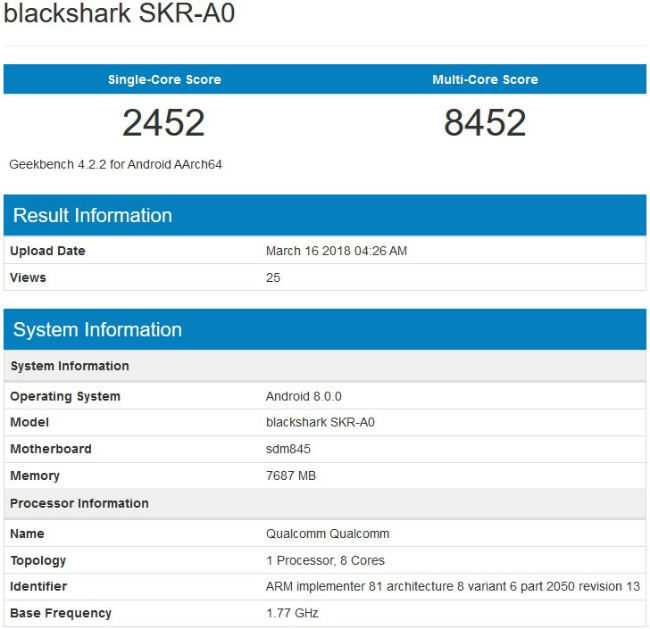 Xiaomi might unveil the smartphone alongside the Mi Mix 2S, but this is a speculation for now and should be taken with a grain of salt. The Mi Mix 2S will be the successor of the nearly bezel-less Mi Mix 2 and was speculated to come with a small notch in its upper right corner, which could house a front-facing camera setup. However, new rumours and leaked image of the device hint at the front camera being placed on the bottom chin.

The images tip at a rear panel made of either glossy ceramic or glass for possible wireless charging support. The smartphone is seen featuring a vertically stacked dual-rear camera setup, along with a fingerprint sensor on the rear. It is confirmed that the mobile phone will be powered by the Qualcomm Snapdragon 845 SoC. As per the reported specifications of the device, it might feature a 5.99-inch OLED Full HD+ display with up to 8GB RAM and 256GB internal storage.