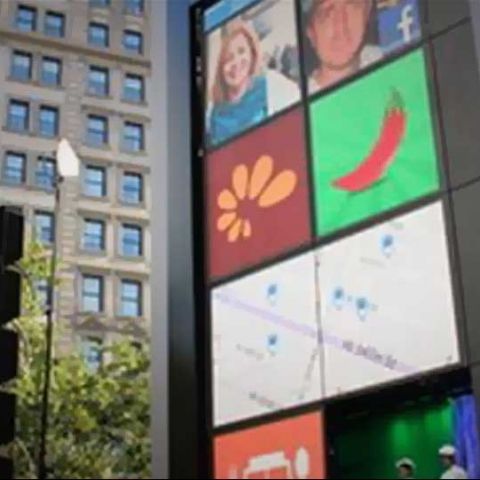 A pair of reports unleashed a tidal wave of information about Windows Phone 8 on Thursday afternoon, describing everything from hardware improvements to a wallet experience, plus an Opera Mini-like proxy to a tight integration with Windows 8.

PocketNow revealed the initial details. The site said that it had obtained a video starring Microsoft mobile phone guru Joe Belfiore, apparently intended for Nokia executives. Windows watcher and blogger Paul Thurott then chimed in with his own report conforming many of the same details, and referencing a recent post by Microsoft executives on how Windows 8 will interact with mobile broadband.

The relationship between Windows 8 and Windows Phone 8 (codename: Apollo) goes beyond just the name, according to PocketNow; apps designed for Windows 8 should run on Windows Phone 8 with a minimum of tweaking, and vice versa. PocketNow wasn't sure if the new release would maintain backwards app compatibility; Thurott claimed it would. All current Windows Phones run Windows Phone 7.5 "Mango," pictured.

"Windows Phone 8 is part of the "Windows Reimagined" campaign that Microsoft announced for Windows 8. This makes sense as they're companion products in every sense of the word," Thurrott claimed.

Windows Phone, although well-received by analysts, simply hasn't succeeded in the marketplace. Recent surveys in the United States by comScore show its market share steadily declining. Some have wondered whether Windows Phone can survive the long haul. But integration with the world's largest PC platform is something other mobile OSes can't provide.

One area in which Microsoft is apparently beefing up its capabilities are the phones' hardware specifications. Quad-core phones will be supported with displays with multiple resolutions, PocketNow said.

PocketNow claimed that data would be synced across the PC, the phone, and the Xbox via a new app; data will be backed up on SkyDrive, Thurrott added. The Zune app will be scrapped, in favor of a new connector app, while the Xbox Companion app will gain a complementary addition on Windows 8.

PocketNow also claimed that Microsoft will incorporate a proxy mechanism inside Windows Mobile 8, working in conjunction with Internet Explorer 10 Mobile. Thurrott called this technology "Data Smart," and pointed to the recent blog post, which notes how Microsoft will simplify connecting to mobile networks, and monitor data usage once connected.

"Prior to Windows 8, we maintained consistent behavior on all types of networks relative to bandwidth usage," program manager Billy Anders wrote. "With Windows 8, we now take the cost of the network into consideration: we assume that mobile broadband networks have restrictive data caps with higher overage costs (vs. Wi-Fi), and adjust networking behavior with these metered networks accordingly."

The camera app will be a platform of sorts, able to support third-party viewfinders and "lens apps". And there will be support for a Wallet application plus near-field-technology.

Skype won't be integrated, both Thurrott and PocketNow wrote.

Finally, there will be full-device, hardware accelerated encryption with BitLocker, Thurrott added.