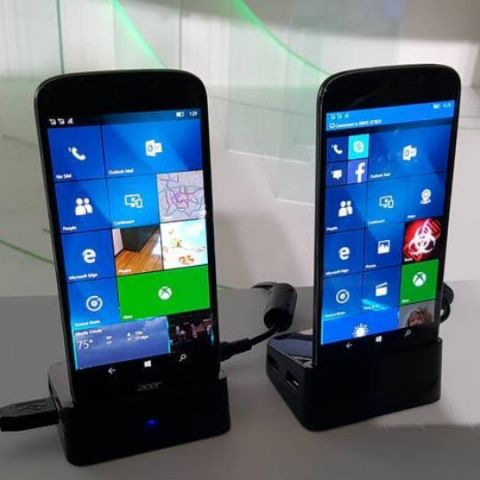 Acer formally announced the Liquid Jade Primo smartphone in the Philippines on Thursday. The Windows 10 Mobile powered smartphone will go on sale in December in the country. It will come bundled with a Continuum dock, a wireless bluetooth keyboard and mouse.

The Acer Liquid Jade Primo was initially showcased at IFA 2015 in Berlin in September. There was no word on the pricing and availability of the device. Acer revealed the price and the launch date for the smartphone at an event in the Philippines on Thursday. The Liquid Jade Primo would be available in the Philippines for 18,990 Philippine pesos (approx. Rs. 26,500). The phone is powered by a 64-bit hexa-core Qualcomm Snapdragon 808 processor and 3GB of RAM. It sports a 5.5-inch 1080p FHD AMOLED display. It comes with a 21-megapixel rear camera with LED flash as well as an 8-megapixel secondary front camera. It also has 32GB of onboard storage. 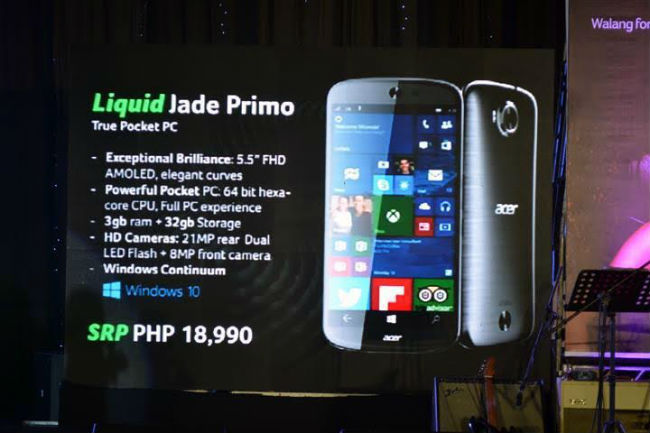 The Acer Liquid Jade Primo boots Windows 10 Mobile and also features support for Microsoft Continuum. It will allow users to turn the smartphone into a full-fledged PC by hooking it up with a larger screen via the Continuum dock. Besides the dock, Acer will also bundle a wireless bluetooth keyboard and mouse with the Liquid Jade Primo. It was announced that the device will become the first Windows 10 smartphone to support the Continuum dock. However, the Microsoft Lumia 950 and 950XL are scheduled to be released in November, making them the first devices to ship with Continuum support.